One of the reasons we love Valorant is its whole collection of amazing gun skins. This fan, however, has went one step further and created a skin line we’d love to see in store.

If there’s anything that’s become iconic about Valorant it’s the whole ensemble of amazing skins that fans can get their hands on. From fire breathing dragons to space age tech, Riot’s FPS has something for everyone.

The most recent Battlepass saw a little bit of controversy over the new associated skins, with fans arguing that they weren’t up to the usual Valorant standard. It’s supposedly lackluster skins like this that inspire players to put on their thinking cap and come up with something new.

Enter this skin line by artist RivalRudra, who has designed an awesome looking gun set that includes some of our all time favorite weapons.

The Elderflame bundle has become one of Valorant’s most iconic collections.

Creating the skins in response to a Reddit post which said “that some custom skins [made] by the community would be good for the game,” RivalRudra went ahead and created their skin line just “for fun.”

Despite this fun based approach the skins have an insane amount of detail. The Regiment Skins are characterised by their camouflage base, as well as the lion head or skull decal.

With upgradable options transforming the base camo into either a red, blue or pixelated black version, the weapons that would be gifted the skin line include the Vandal, Operator, Stinger, Sheriff and Melee — the “hard hitters” in RivalRudra’s own words.

This isn’t their first time at the skin concept rodeo though. They told us that “another one of my custom skin bundles (Oceano) got many comments saying it was too similar to a few other skins in the game, So to make something unique I chose the camo design.” 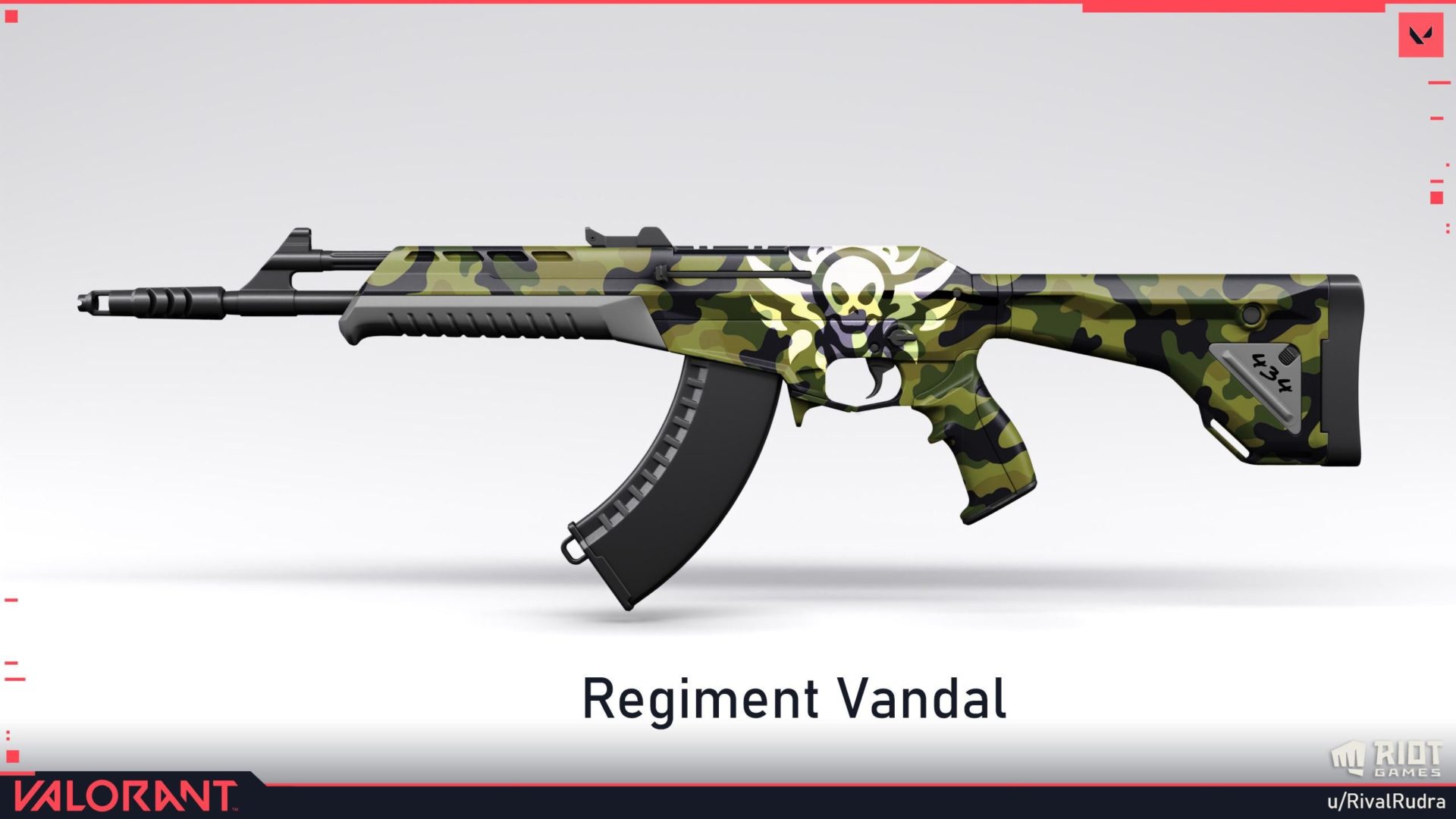 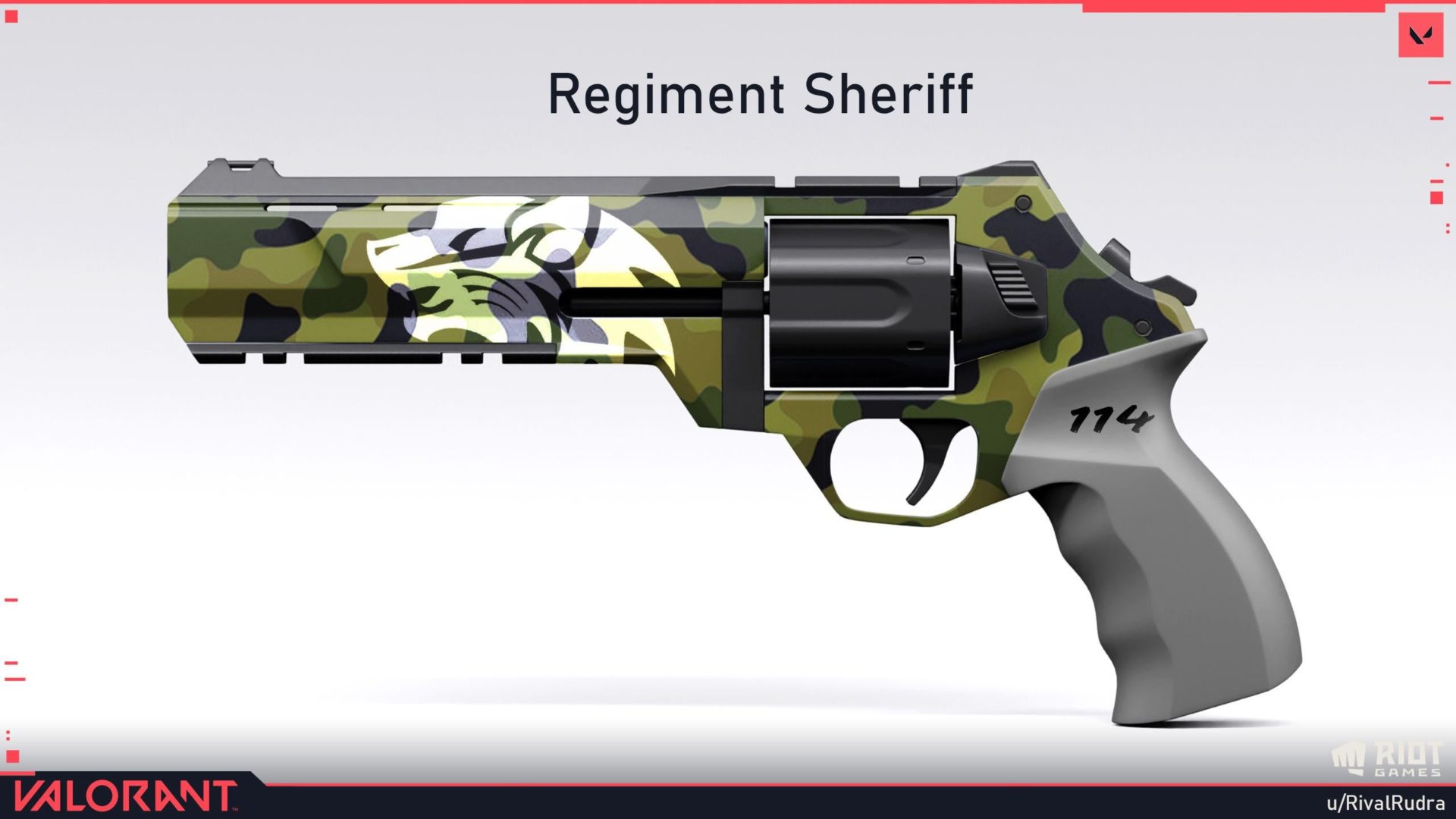 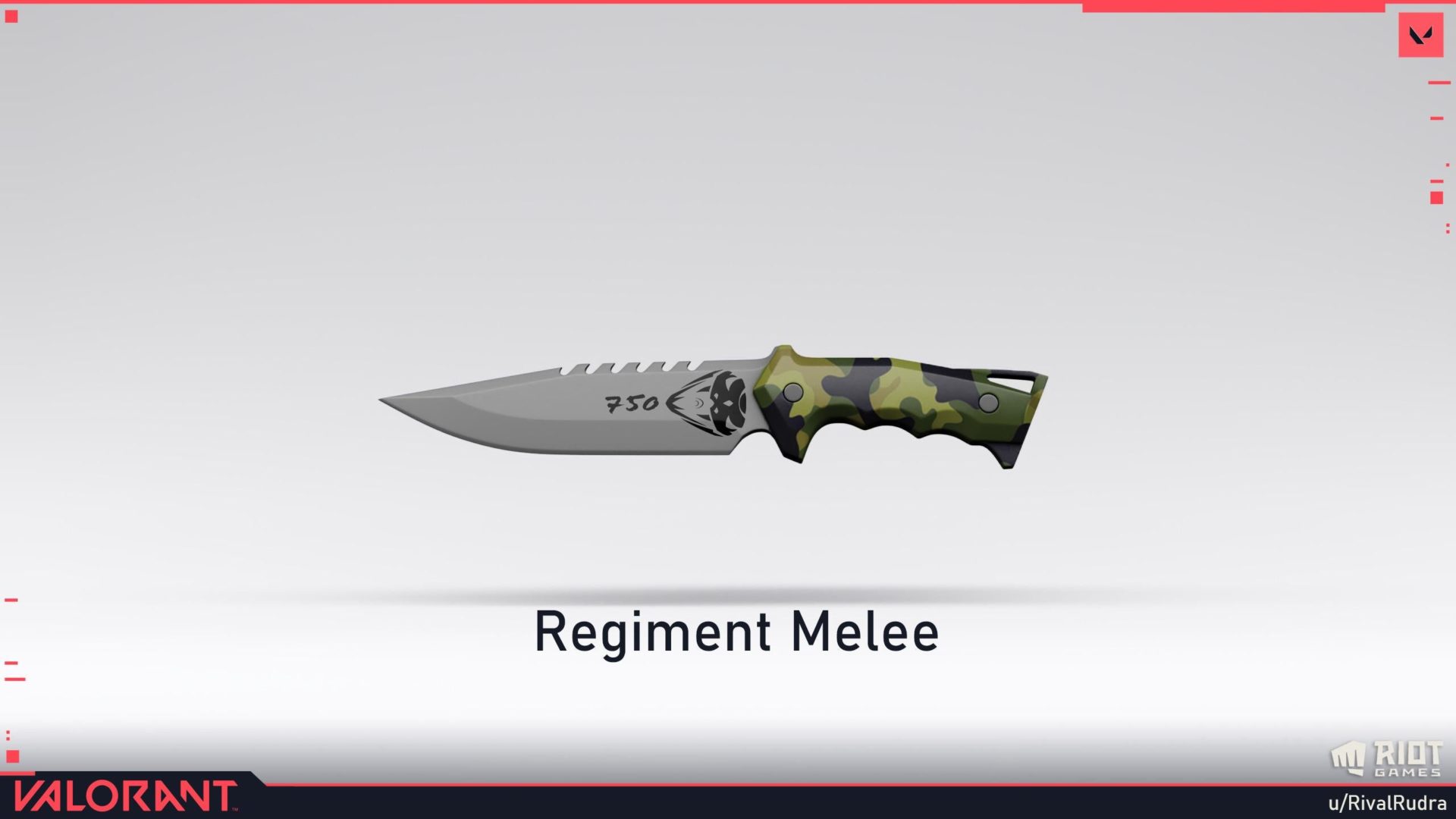 Here are the variants: 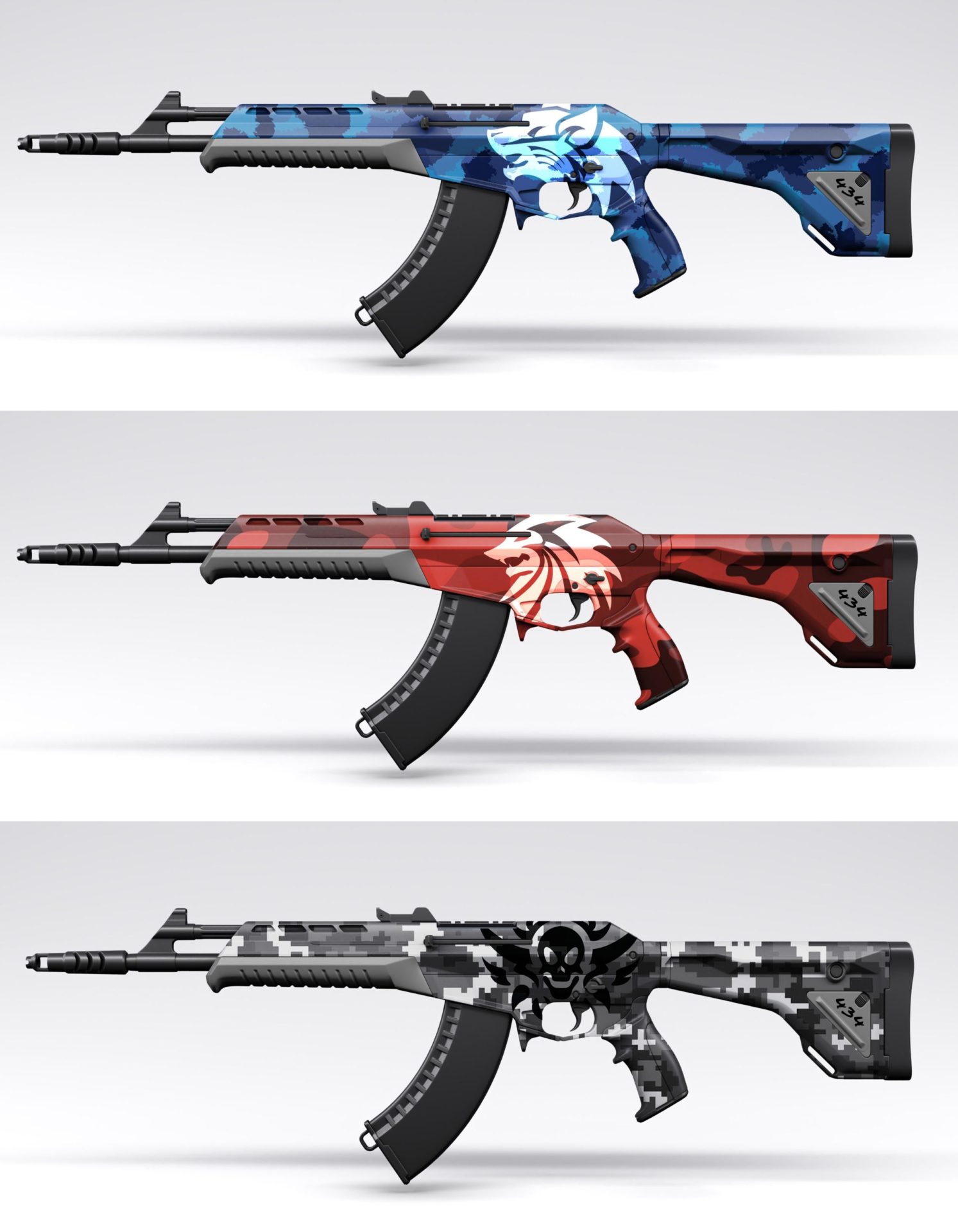 While RivalRudra felt that their past skin concept hadn’t quite hit the mark, this one has certainly caused a stir.

The comments section is full of fans pleading that “Riot has to add this” and one player admitted that they “would buy, especially if there were blue variants for all the skins.”

It’s the variants that are getting the most love. Respondents are loving “that red and blue variant,” and another wrote that “damn boi, your saturated color scheme do be shining here. These colors are so crisp. Love those tribals.”

A final comment, and possibly the most complimentary, simply wrote “Go apply to Riot Games.”

What’s heartwarming though is that RivalRudra has responded to every comment, be it a positive or a negative. We can wait to see if they channel their passion into any other cool new skins in the future, because the Regiment Collection has certainly been a hit!