One of the most contentious elements of Valorant gameplay is its Match Making Rating (MMR). After a series of Reddit posts criticized the matchmaking system, Riot developers have responded.

One aspect of Valorant that has continually come under scrutiny from players is the matchmaking process.

Often players feel as though they’re matched with players who are not at the same skill level, leading to frustration and tilt. Despite Riot promising yet another ranked overhaul in Episode 2 of the title’s ongoing story, fans are still making their concerns known.

It seems as though the complaints haven’t fallen upon deaf ears, as one Riot dev jumped into the sea of angry Reddit threads to explain exactly how MMR works in Valorant.

Jett is pretty much a staple in Valorant ranked games.

Honing in specifically on the recent ranked changes, a thread started by u/hardstuckbabe received a length response from Riot EvrMoar, the Senior Competitive Designer for Valorant.

In a series of examples, the dev outlines how Riot currently go about assigning ranks. Breaking down the complex process, he writes, “Think of it this way. I’m using made-up numbers for this. So let’s say you have a matchmaking rating (MMR) of 450. Before the change we said ‘You are Iron 2 if you are between 400-500 MMR.’ Turns out, iron 2 had too many players in it, we overestimated how many players would end up at that 400-500 MMR.”

He concludes by assuring players that “When you match make we use your MMR to match you with similar MMR players. So it doesn’t matter what Ranks you run into in your lobby, your MMR is around theirs and you are put into the match because of it.” 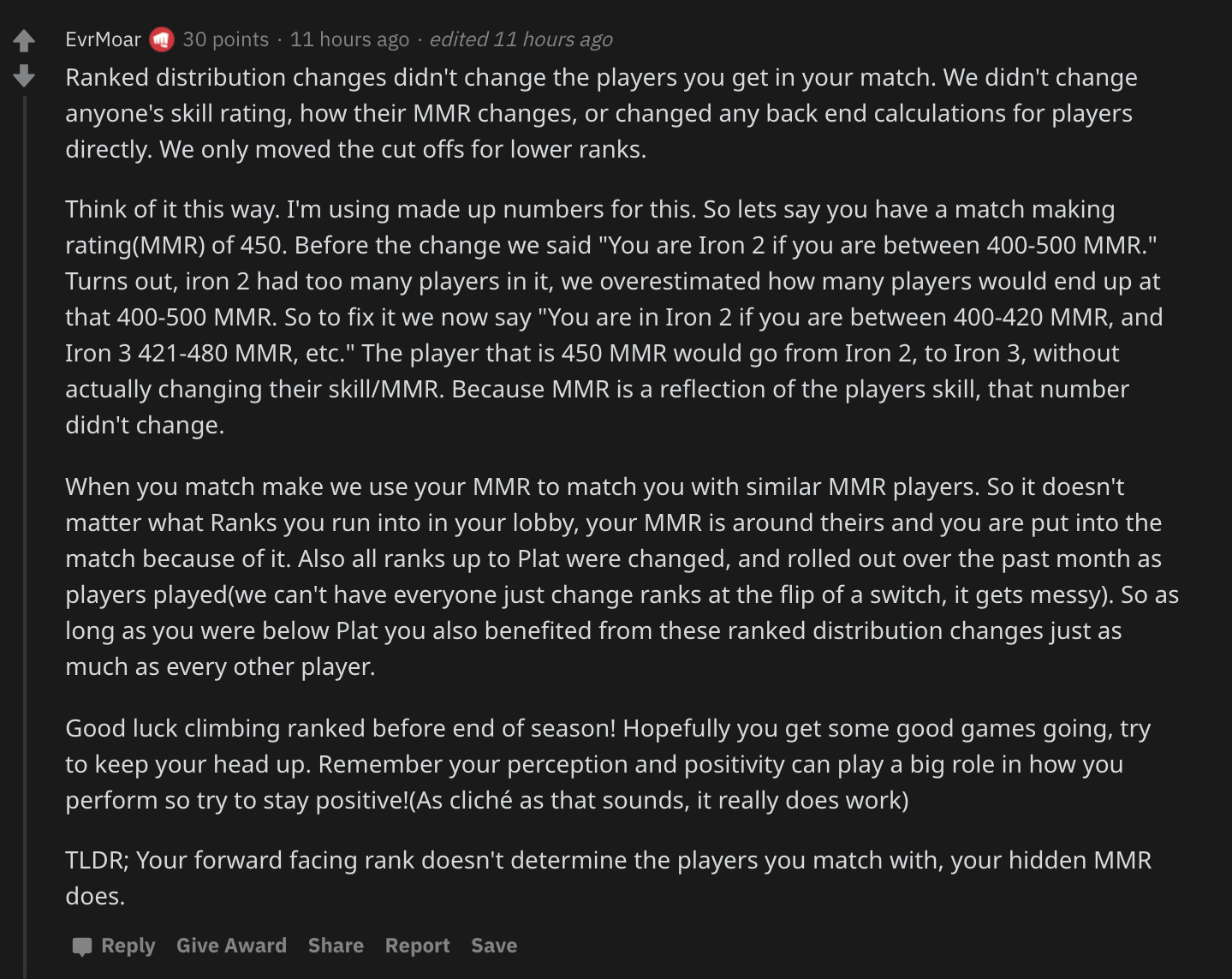 So while it may seem as though you are being matched with players of a different MMR or rank, Riot have assured us this isn’t the case.

Future ranked changes will likely deal with this issue yet again in considerable detail, but until then EvrMoar has given us a great breakdown of the thought processes taking place at Valorant HQ.