Valorant boasts a diverse roster of Agents, but what is it about Sage that puts her in a field of her own? We delve into everything there is to know about the Sentinel medic.

Sage is the calming force in an otherwise hectic battlefield. Perfectly suited for those looking to adopt a more supportive role, Sage combines her healing powers with her orbs to become the ultimate Defensive Agent.

Given how influential the Sentinel class can be, let’s take a look at how having a Sage on your team can quite literally be the difference between life and death. Here’s everything you need to know about the Chinese healer. 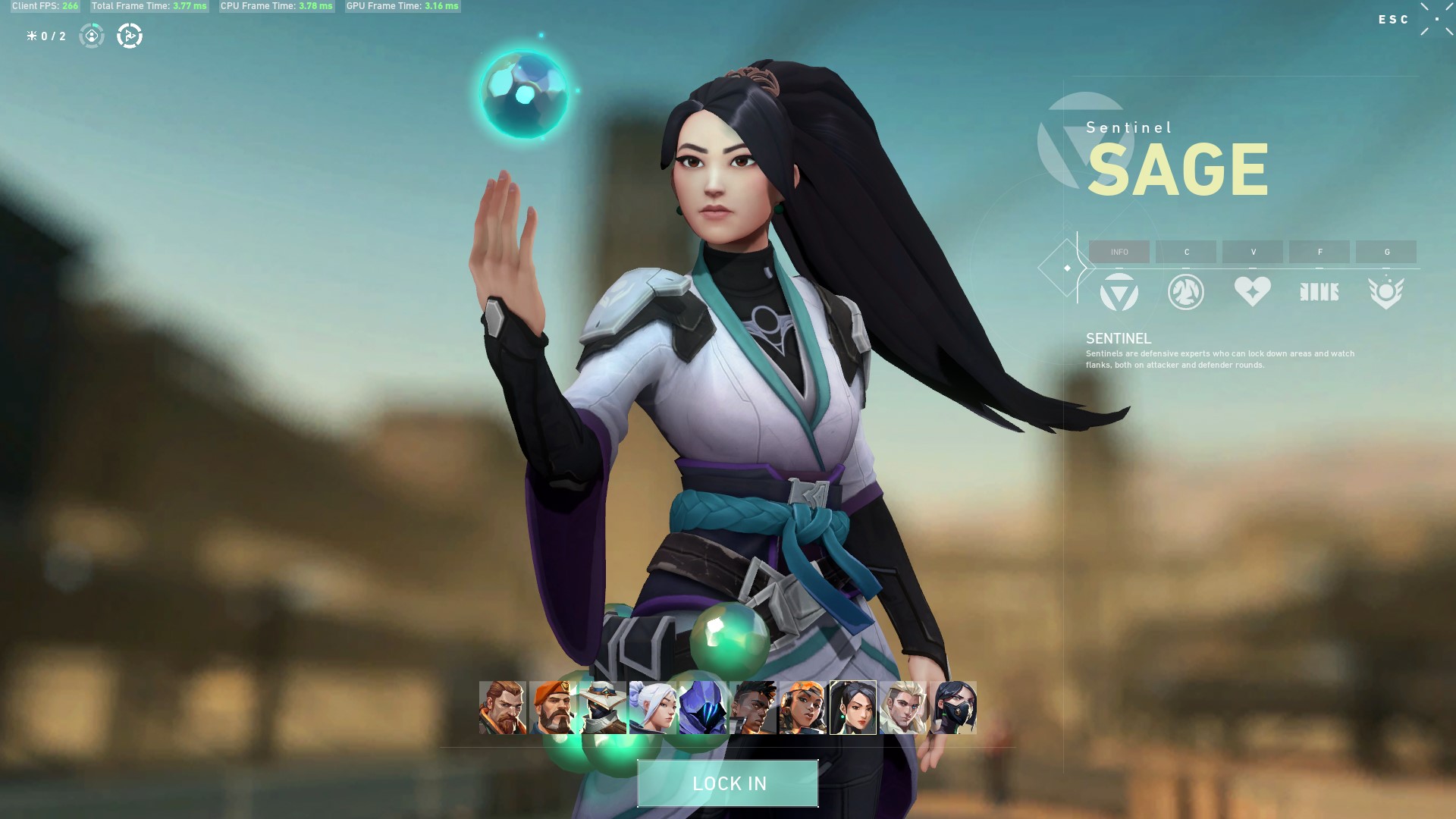 Sage’s mantra is safety. In a battlefield where second chances are few and far between, Sage provides the ultimate safety net for her comrades in their moment of need. Here are her four abilities:

Healing is Sage’s biggest trump card — and this is what essentially sets her apart from some of the others in her class. The Sentinel Agent’s Healing Orb is a handy tool to utilize during a round, bringing you or your teammate back from the brink of death.

Her huge game-changing ability is her Ultimate, which resurrects an ally from the dead. Aptly named Resurrect, it only takes a couple of seconds for your ally to be back in the game. This is especially useful considering that the revived teammate will have had the opportunity to spectate for a period of time, and therefore will have gained some precious intel that could change the course of a round.

Sage’s “Resurrection” can change the tide of an apparently lost round.

How to play as Sage

With Sage there’s no running into the fray and one tapping all of the enemy team. It’s all about playing defensively and helping out your allies. She has her heals and her res, but also her Barrier Orb and Slow Orb can be useful tools.

Let’s talk about that Barrier Orb. While it’s seen a few changes over Valorant’s lifetime, the icy wall can still create chaos on the battlefield. Use it to wall off one of the main Bomb Site entries that you don’t want enemies flocking to, like Haven’s C site. A well placed wall next to the Attacker Side spawn can cut off access to that site.

Sure you can just shoot the wall enough times until it shatters, but then you’ve revealed your location to Sage’s team, who no doubt be collapsing on that point to respond.

While Sage’s Slow Orb looks great on paper, it’s a tricky tool to master. One misplaced throw can have your whole team slowed because they’re walking on thin ice. To really master it, learn the map’s popular choke points so that a well timed orb can slow the entire enemy team and you can spray them from there.

The ice queen still has an important role in defending Future Earth.

Looking at Sage on paper, she seems like a must have on every Valorant team, but the reality isn’t quite as straightforward. While her kit is great on Defence, it offers very little on attack and the lengthy time you need to way for her heal to really take effect means you need to be on the ball when healing.

That Barrier Orb still packs a punch though, and if used strategically, it’s the perfect tool for a successful Defence. It changes the landscape of the battlefield, as well as making it easier to find enemies if they’re trying to shatter their way through it.

Sure, the changes to the iconic Chinese Sentinel have ended her reign of terror, but if you use her well and take some time into understanding her kit, you’ll be promoted back to ice queen in no time!