Popular Fear The Walking Dead actress Jenna Elfman has revealed that she had “no idea” the lead character, Madison Clark, portrayed by Kim Dickens, was going to die in AMC’s popular spinoff series.

Since Jenna Elfman first made her appearance in Fear The Walking Dead as June Dorie, she has been a major character in the fourth and fifth seasons, working as a nurse for the survivors.

June was discovered by Fear The Walking Dead lead Madison Clark in the show but explained that she was not aware of her fellow actor’s fate when she initially joined in Season 4.

June Dorie was first found in Season 4 of Fear The Walking Dead.

Madison was given an untimely death in the mid-season finale after she was forced to sacrifice herself to a horde of zombies to save her two children, Alicia and Nick.

While Kim Dickens has previously revealed that she was “shocked and disappointed” about Madison Clark being killed off in the show, another FTWD actor has now spoken up about the major decision.

During the latest “Talk Dead to Me” podcast, Jenna Elfman revealed that she did not expect the show to kill off any major characters when she had first joined the cast. 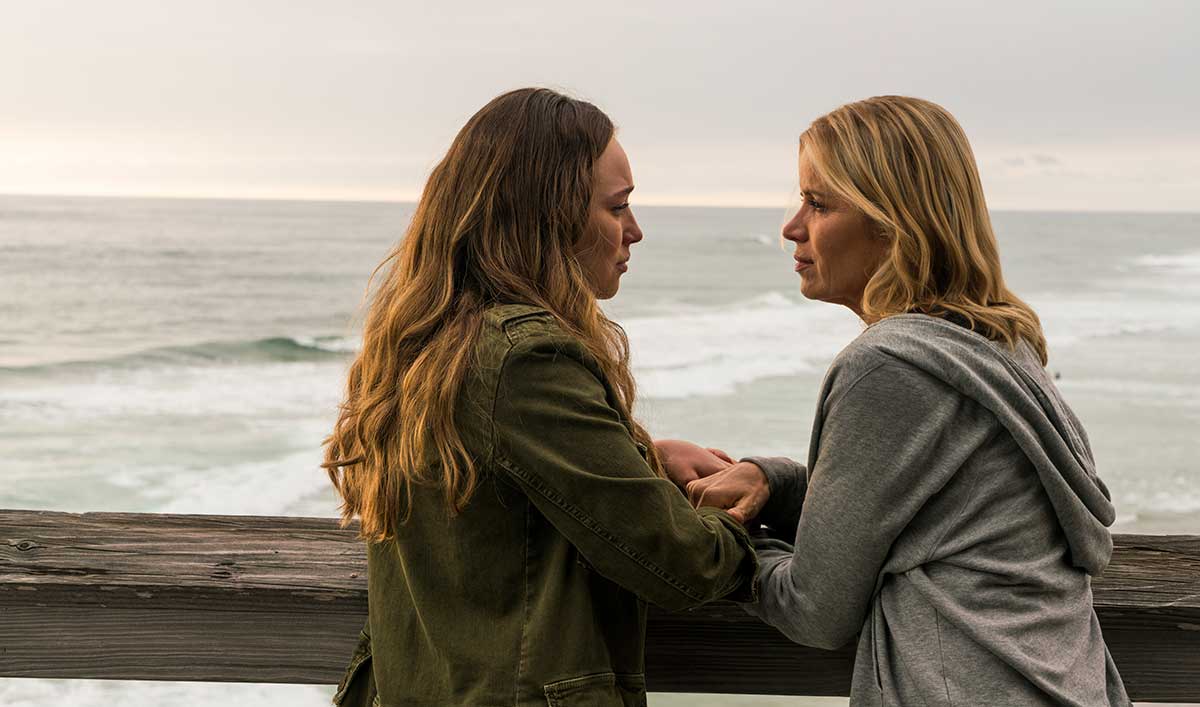 She also shared that the decision to kill off Madison and rework the show, to focus on Lennie James’ character Morgan, was only shared with her during her first day, “I didn’t know anyone was getting killed off when I took the job, at all,” she explained, “I had no idea until my first day.”

While viewers did not see Madison’s body following her death, some fans have suggested that she could have survived, holding out hope for her to return in a later season. Although, when asked about the possibility of Madison’s return, Jenna revealed that she had no knowledge other than what has been put out there by the directors.

“I don’t believe anything other than what the showrunners have said, which is [Madison is dead].” she explained, “that’s all I know.”

Kim Dickens has also previously claimed that it would be unlikely for her to return as the show’s lead character, despite sharing that it was a character she was most proud of.