Popular American rapper Marshall ‘Eminem’ Mathers isn’t happy with Netflix’s latest decision to cancel their ‘Punisher’ series – and he made his frustration known in a scathing Twitter post.

While plenty of ‘Punisher’ fans across the internet have expressed disdain toward Netflix for ending the show, Eminem’s status on the matter belied an explosive disappointment with the streaming service.

“DEAR NETFLIX, REGARDING YOUR CANCELLATION OF THE PUNISHER, YOU ARE BLOWING IT!” Mathers wrote on February 20. “SINCERELY, MARSHALL.”

REGARDING YOUR CANCELLATION OF THE PUNISHER, YOU ARE BLOWING IT!!

The rapper’s post garnered a slew of hilarious comments, one of which suggested that he would record a diss track against the service for their transgression.

However, Mathers’ frustration on the matter isn’t coming out of nowhere; the rapper was featured in an issue of the Punisher’s comic series back in 2009, where the two fought side by side to take down the villain known as ‘Barracuda.’ 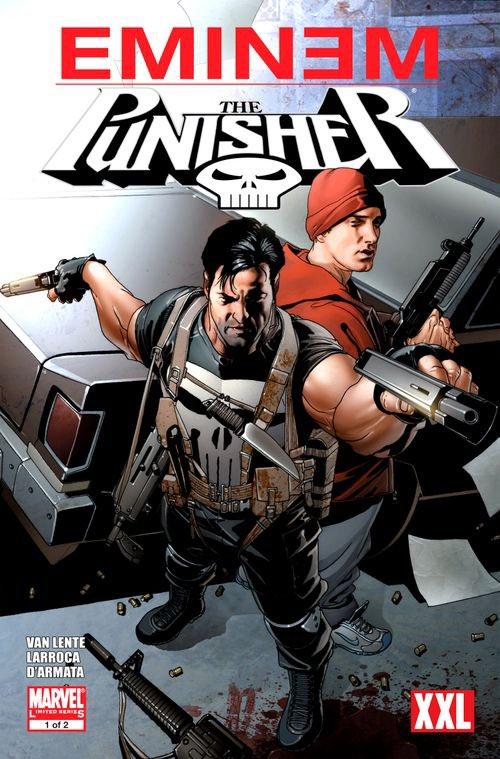 Eminem and the Punisher fought side by side in a 2009 issue of the ultra-violent comic series.[ad name=”article3″]

‘The Punisher’ isn’t the only superhero series Netflix canceled, either – the service likewise brought the hammer down on ‘Jessica Jones,’ which joins the ranks of canceled Marvel series ‘Daredevil,’ ‘Iron Fist,’ and ‘Luke Cage.’

The reason for these divisive cancellations stems from Netflix’s five-year relationship with Marvel, which has since been terminated in light of hefty licensing fees and Disney’s ownership stake with the comic company.

Fans of the canceled series were not happy with Netflix and Marvel’s breakup, taking to social media to express their sadness with humorous gifs – while others even threatened to end their Netflix subscriptions, altogether.