August 11 is Super Smash Con’s final day, as the tournament wraps up with Smash Bros Ultimate’s 1v1 singles category. The competition is fierce, and some of the best players around the world are competing to take the top spot.

During the quarter-finals, a close match between Zackray and MKLeo came down to the wire, and left one of the contestants on the floor, overwhelmed with emotions.

The Japanese pro started off strong against Leo, taking the first match with Wolf. However, his opponent came punching back, as he took two matches in a row with Joker from ‘Persona 5’.

This led Zackray to change his tactics, as he switched to R.O.B. and it paid off, as he won the fourth match to tie it up. In the final battle, both were over 100% health and trading blows, when Joker landed an upsmash that ended the epic brawl. 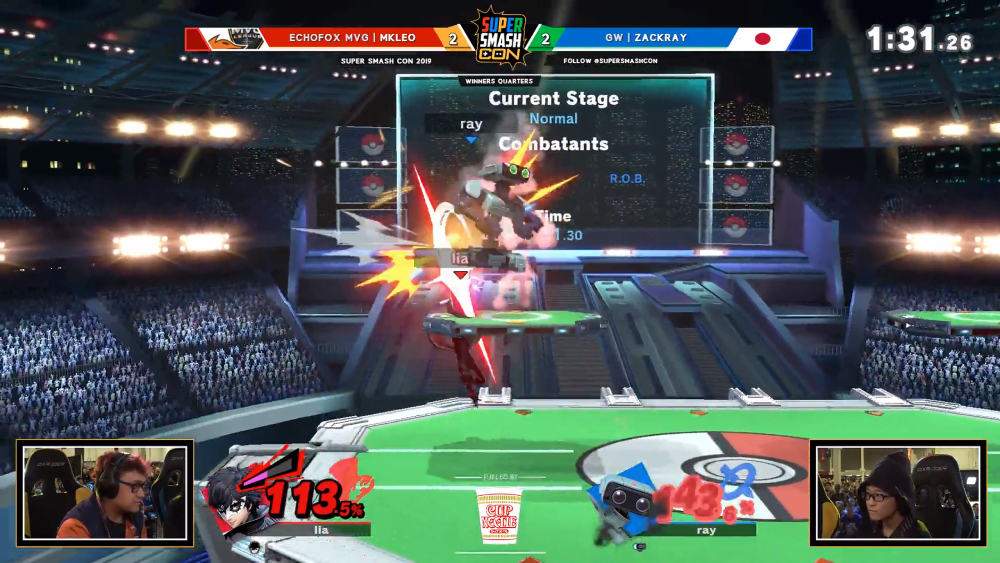 Zackray and MKLeo locked into a close match.
[ad name=”article3″]

After the match ended, Zackray immediately jumped up from his seat and fell to the floor, as a wave of emotions overcame him. The scene was heartbreaking, as the Japanese pro had come so close to winning.

The room showed a huge amount of respect for the defeated Smash pro and the entire crowd got to their feet to give the defeated player a standing ovation as he took in the moment. 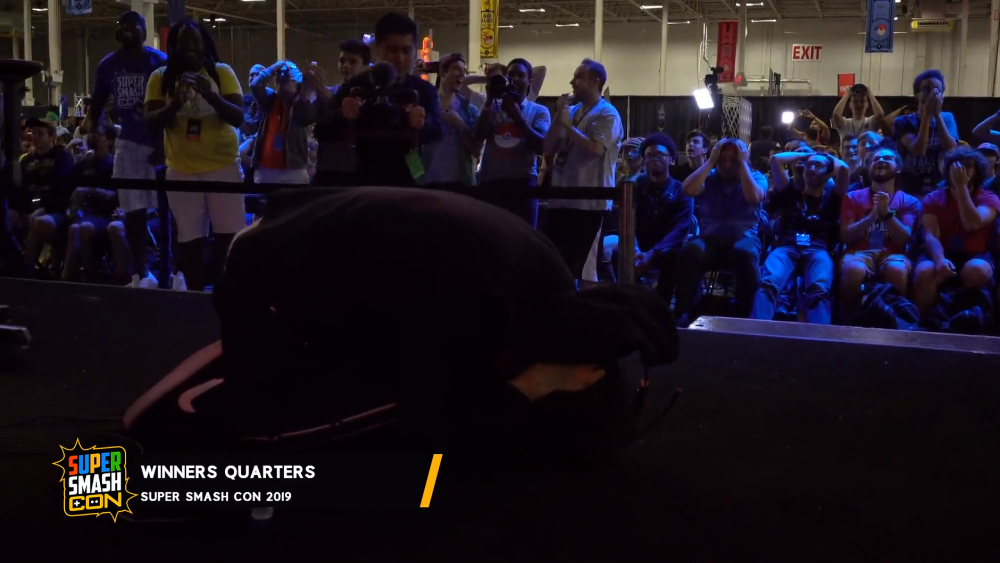 Zackray was overwhelmed with emotions after losing the match.
[ad name=”article4″]

MKLeo demonstrated why the Smash community is considered one of the best in esports when he held off celebrating, and instead went to comfort his upset rival.

Zackray eventually rose to his feet, and was greeted with more applause. Despite losing, he put on one of the best matches in the entire tournament, and proved he’s one of the best competitors in the Smash community worth cheering for.

Super Smash Con 2019 runs from August 8 – 11, so make sure to stick with Dexerto for more updates, interviews, and more.