Nintendo might well have given away a clue for a future announcement during a Nintendo Switch advert, and it could be good news for Super Smash Bros. Ultimate fans.

Rumors have been circling for quite some time about the Japanese video game developer potentially adding another mode to the popular fighting game, as data miners found files named both ‘stage_builder’ and ‘home_run’ – with suggestions that both could soon be added to the game.

As we know, leaks and data mines aren’t always the most reliable sources to count on. However, a brand new Nintendo Switch advert, which was posted to the YouTube on April 9, seems to have given fans some hope that these leaks could indeed hold water. 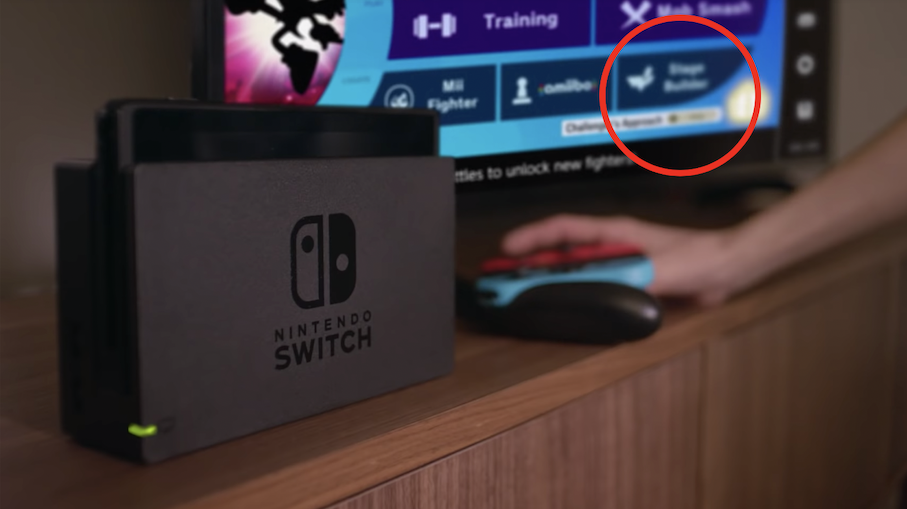 Here’s where the Stage Builder features in a Nintendo Switch commercial, from April 9.
[ad name=”article2″]

Stage Builder and Home Run were features in Smash games in the past, such as Super Smash Bros for Wii U, but never made it into Super Smash Bros. Ultimate when it first released in December, 2018.

The commercial below lasts for just 30 seconds and viewers would have to be quick to spot what looks like a Stage Builder icon at the two second mark, as it quickly flashes to the next camera shot.

What are Stage Builder and Home-Run?

The first mode, Stage Builder, was pretty self explanatory. It allowed gamers to create their own levels, in a very similar way to Super Mario Builder where people can design the arenas of their dreams in the game, rather than opting for mods.

Smash’s Home-Run contest, on the other hand, was a popular mini-game that’s featured in Smash games in the past, testing players to hit a sand bag as far as they could with the Home-Run bat.

While the Stage Builder icon definitely features in the trailer, and people claim to have found both modes in the coding of Super Smash Bros for the Nintendo Switch, it’s unclear when – or if – they will both be added until an official announcement is made.