Hero has been a major point of controversy among competitive gamers since his entrance into Nintendo’s fighting title in late July of this year, mainly due to the RNG-based abilities that he boasts in his kit, as well as his ability to score random critical hits with his damaging moves.

Some players have even suffered in competitive settings due to Hero’s Down+B special only being written in English. The language barrier even caused controversy earlier this week, after Japanese star Ishiguro ‘Raito’ Tetsuya was affected during a 3-0 defeat. 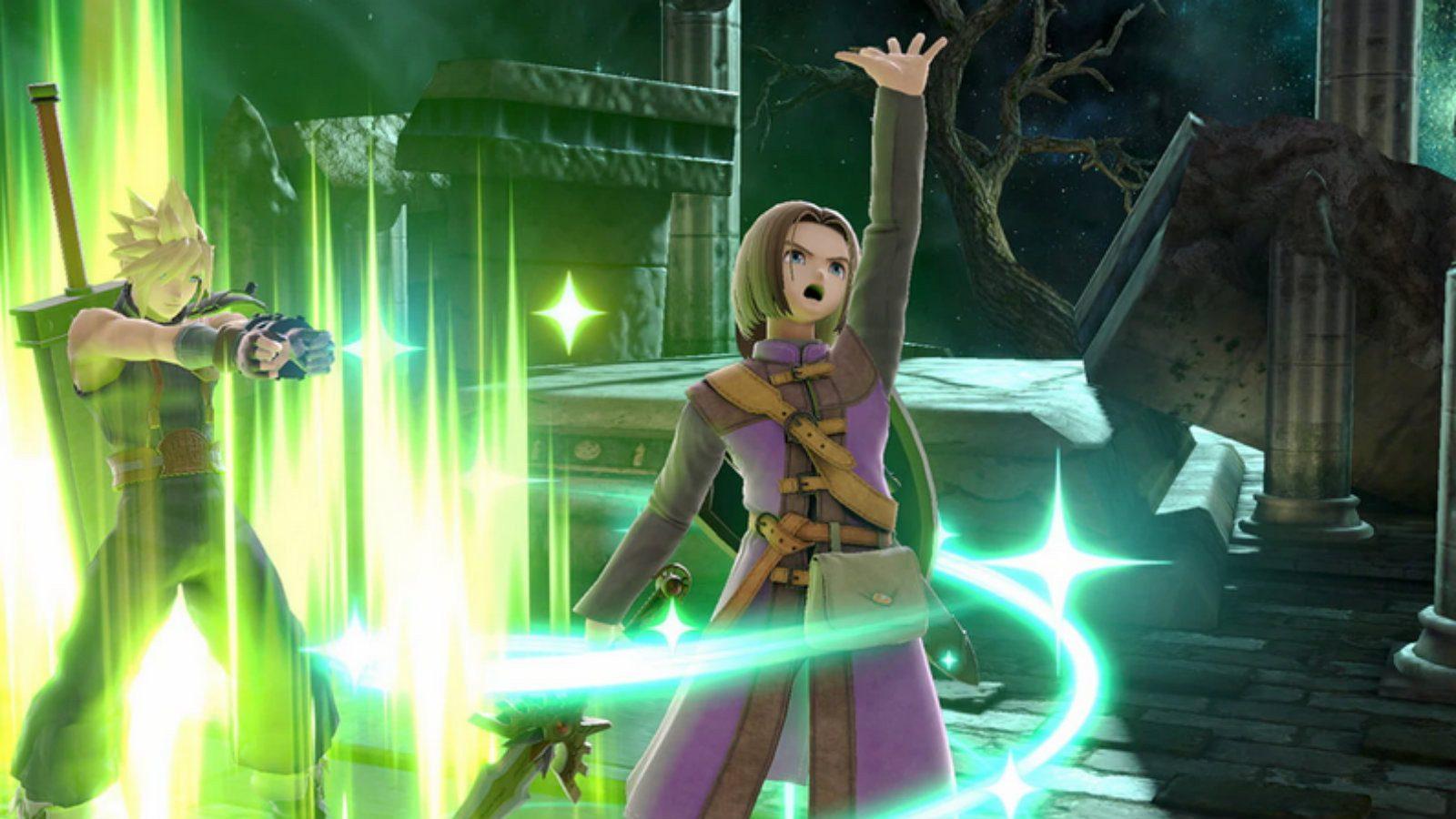 Hero has divided the Smash Ultimate community since his release earlier this year.
[ad name=”article2″]

Now, Nintendo has made the bold choice to simply avoid the controversy surrounding the Dragon Quest character altogether, banning his inclusion in the selection pool. The company has even gone one step further, casting a blanket ban over all future DLC heroes too.

These restrictions will apply to the Super Smash Bros. Ultimate European Team Cup, which is set to run across 2019-2020 ahead of a finals event in April of next year. All up, the character bans will last across seven team-based events. 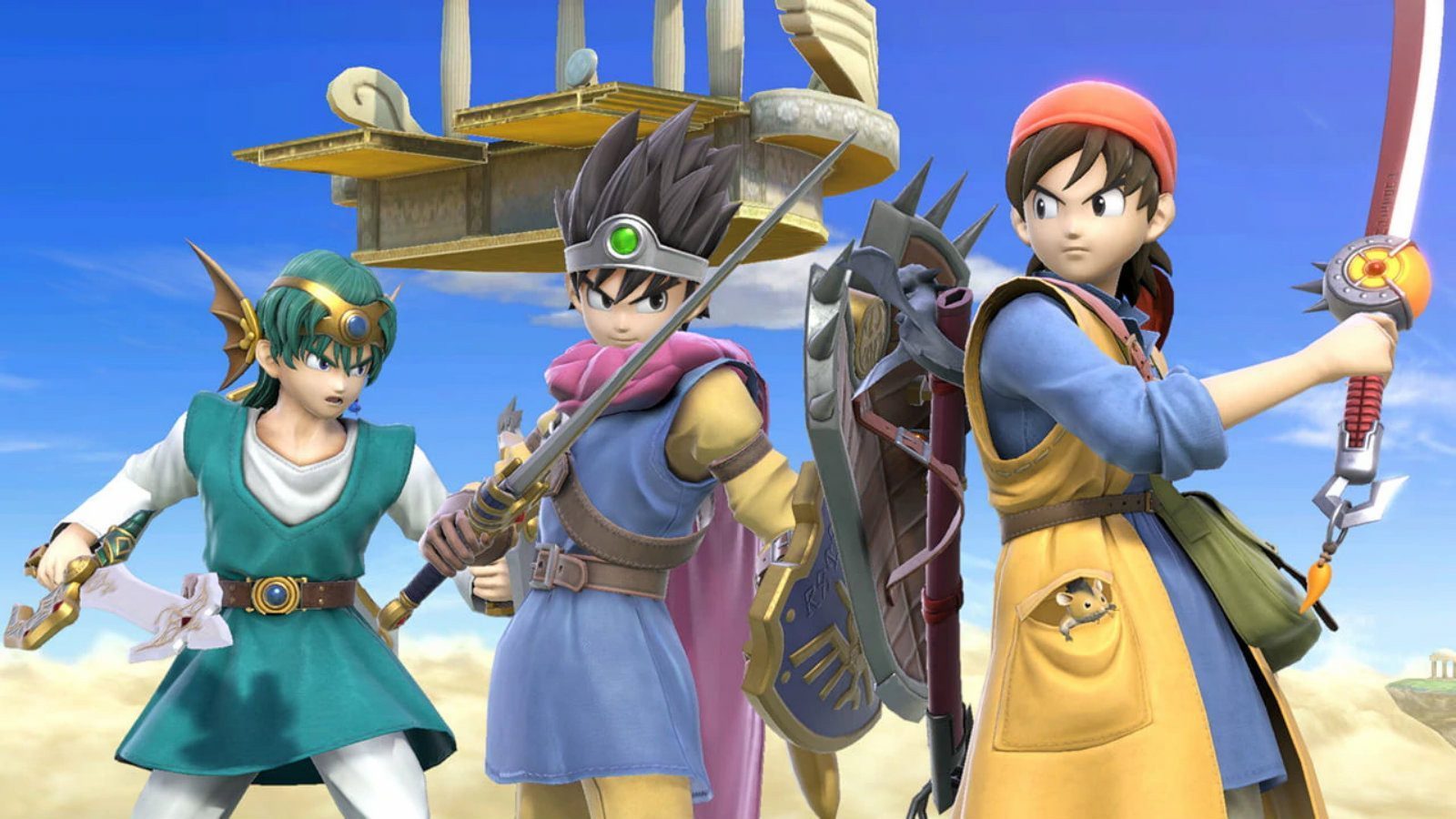 European Team Cup competitors will not be able to select Hero during the next season.
[ad name=”article3″]

“The playable characters during the Championship are the base 74 characters, and three of the DLC characters: Piranha Plant, Joker, and Banjo-Kazooie,” the tournament’s official rules now reads, as translated by Pulsar star NoFall on Twitter.

“Also, without this list being limitative (sic), the Hero, and all future DLC characters that comes after September 23rd are banned.”

The French pro also had his own comments to make on the ban: “Banning their own character is indeed quite controversial, but they probably thought that Hero wasn’t suited for competitive play. I’m not picking a side here, but please try to understand their decision. It’s at least a good step towards making Smash even more competitive.”

Banning their own character is indeed quite controversial, but they probably thought that Hero wasn't suited for competitive play. I'm not picking a side here but please try to understand their decision. It's at least a good step towards making smash even more competitive.

This isn’t the first time the RPG-themed character has been removed from tournament play. Melee legend William ‘Leffen‘ Hjelte widely praised an Australian tournament for making the call to remove Hero from their selection pool due to his “anti-competitive nature.”

While this ban isn’t a global ban yet, the move in European tournaments could have major repercussions on the character’s availability worldwide, especially if the removal of the fighter is met with overall positive reception at the upcoming tourneys.

Pro players will also be waiting with bated breath to find out if DLC fighters released in the future are hit by immediate official bans by Nintendo. If they do, the Smash Ultimate meta will have to adapt in new ways to a stagnant, but still big, character pool for the competitive title.