As everyone anxiously awaits the arrival of Hero from Dragon Quest to Super Smash Bros Ultimate, a display at a 7/11 in Japan has revealed a possible release date at an interesting time.

Twitter user PushDustin uploaded a photo of a 7/11 display for Fire Emblem and Hero. It says that Hero will be released in the summer, which was already confirmed, but the interesting thing is that the display is only until the 4th of August.

Evo is the biggest fighting game tournament of the year and Super Smash Bros Ultimate is going to be headlining the Sunday primetime slot on August 4.

7/11 in Japan has a pop up display for Fire Emblem and Hero. (it just says that Hero will be released in the summer).

The pop up display is only until the 4th though. pic.twitter.com/ZXTOwSHogc

If Hero’s release announcement is planned for the 4th, it would make sense for it to be during the Smash Bros finals at Evo. It’s unlikely it would happen earlier on at the event, because as we’ve previously reported, PlayStation will be sponsoring Evo and 8 of the 9 titles are presented by PS4.

Previously, Nintendo uploaded a video hyping up its July releases and included Hero’s arrival in Smash as part of it. The company quickly edited the video’s title and changed July to summer.

It’s possible that Hero’s release date was in fact intended for August.

Hero was unveiled alongside Banjo and Kazooie as the next two downloadable characters for Smash Ultimate.

The Dragon Quest character has already undergone some changes since his reveal. In a column, the game’s creator, Masahiro Sakurai, said that the amount of MP – Magic Points – the Hero uses for attacks have changed. 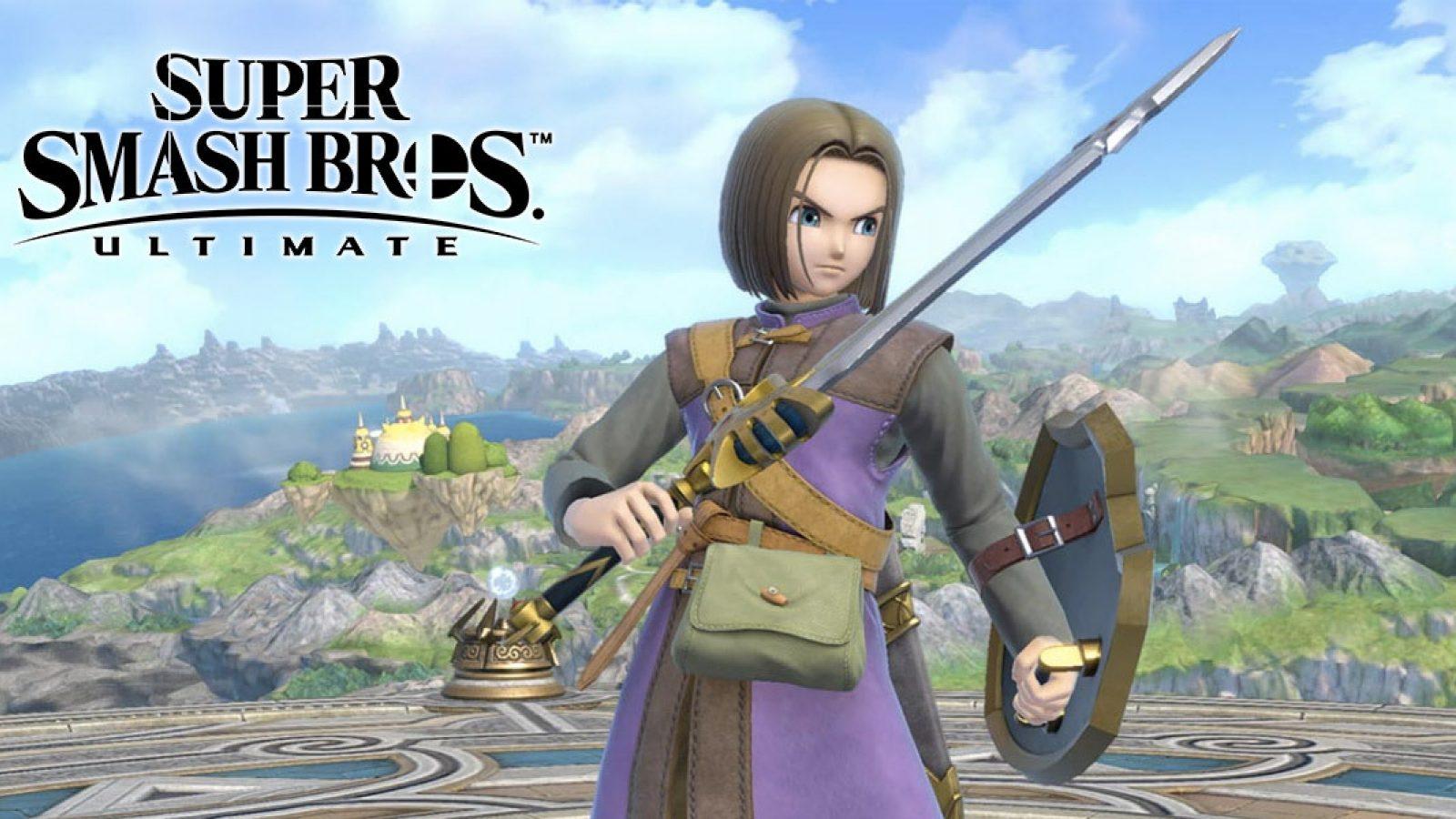 Could Hero be released during the Evo 2019 finals?
[ad name=”article4″]

Magic points deplete whenever Hero uses a spell during a battle. It’s unknown if he can regenerate them during a match.

If Hero’s release is announced at Evo it would be guaranteed to get a lot of fans in attendance hyped up. Super Smash Bros will have the most participants at Evo this year with nearly 3,500 players vying to win it all.

Evo starts August 2, 2019 and will run until August 4 at the Mandalay Bay Resort and Casino in Las Vegas.