Now that Nintendo has released the latest Super Smash Bros. Ultimate DLC character ‘Hero’, everyone is wondering who will be next to be added to the ever growing roster – but a new rumor approaches!

Nintendo released Dragon Quest XI’s Hero to Smash on July 30, making him the second character to fill out the Ultimate ‘Fighters Pass’.

Banjo & Kazooie is set to release this Fall, but there are still two more fighters left to fill out the pass. A recent online ‘leak’ suggests that the next character to join the fight may be from a hit indie game.

The rumor suggests that Frisk from Undertale may be the next character to be joining the popular fighting game.

The source is from 4chan, so obviously you should take it with a huge grain of salt. However, some major leaks have happened before on the site. For instance, Pokemon Let’s Go on Switch had major leaks that showed up on the forum in advance of the game’s announcement. 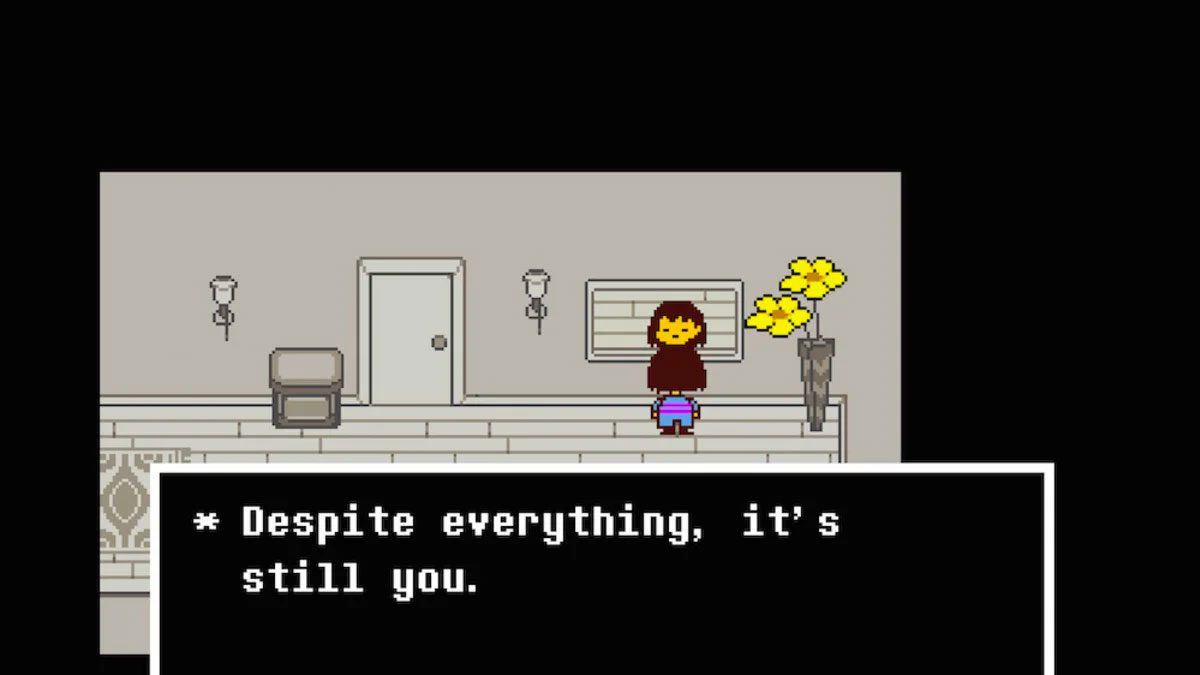 Frisk is rumored to be the next Smash character.
600[ad name=”article3″]

The rumor also said that Frisk started development a couple weeks after Hero was finished. Interestingly, it claims that Hero was actually finished in June, but needed an entire month for them to balance.

Given that the insane amount of special attacks that the Dragon Quest character has, it wouldn’t be too far-fetched that he needed extra time for balancing. 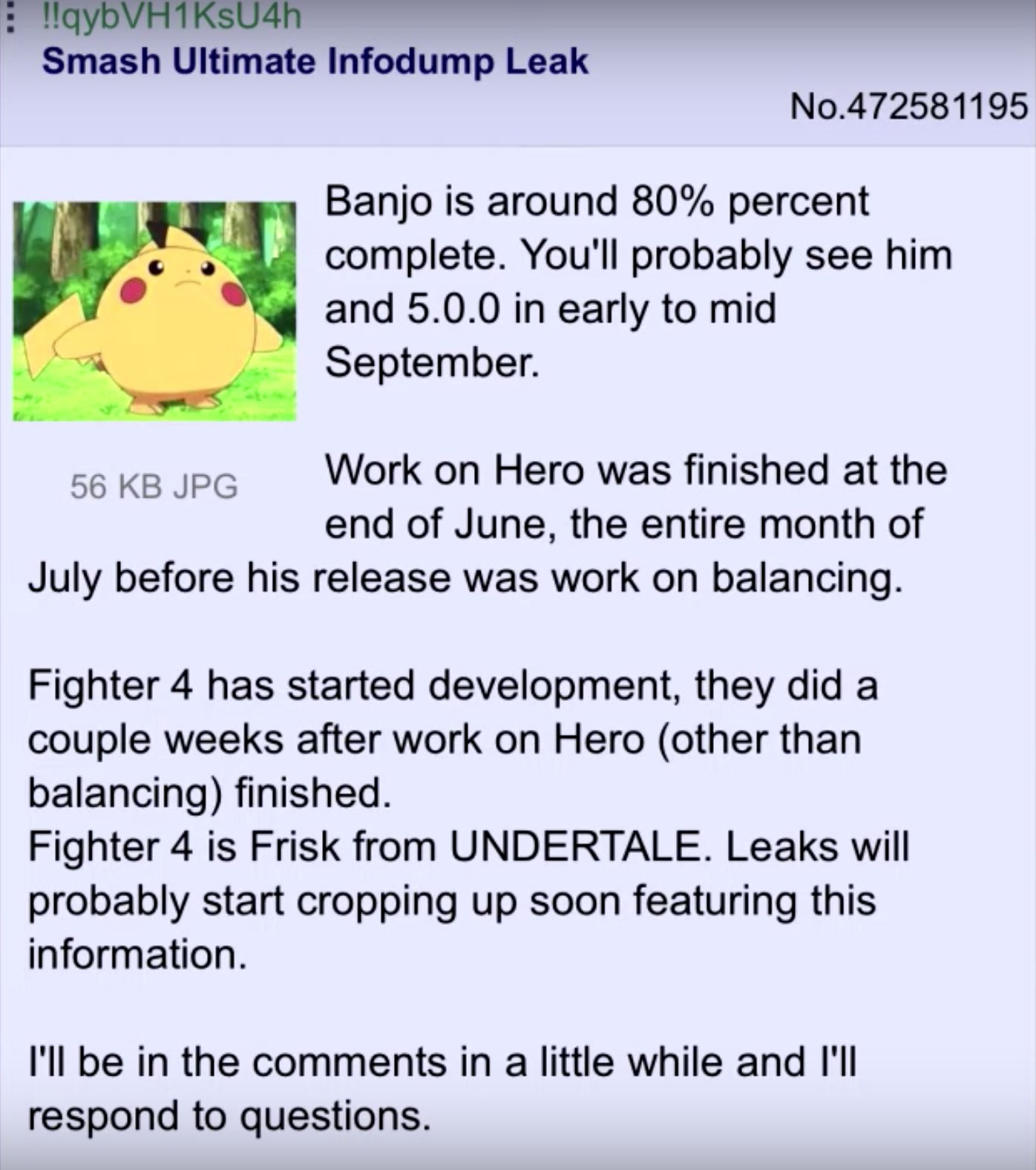 In an interview with Famitsu in 2018, Super Smash Bros. Director Masahiro Sakurai said that he was playing indie titles such as Stardew Valley on the Switch, and got “hooked” – could he have fallen in love with Undertale too?

His comments sent fans into a frenzy, speculating if Smash might get its first indie character. So it’s hard to say whether the rumored leak is accurate, or just wishful thinking.

The ‘leak’ also claimed that Banjo was 80% done, and should be out in early to mid September. So Smash players should find out soon whether this pans out or not.

According to Nintendo’s official website, the next Smash Ultimate character could be someone from an SNK title.

While nothing has been 100% confirmed, a copyright at the bottom of the page for the fourth DLC hero heavily implies that this is the case.