Super Smash Bros. Ultimate officially released on Friday, December 7, and fans have been anxiously testing out new characters as they try to find who is the best in the game.

Nintendo don’t release official statistics for each character, but do reveal certain character abilities that can affect the way they fight, such as who is the fastest or which character is the heaviest.

With that in mind, the users at the /r/SmashBros subreddit have joined together to vote on which characters are the best, and have come up with their first unofficial tier list for Super Smash Bros. Ultimate.

The tier list is based off votes from members of the subreddit, with over 14,000 users having their say on who they think is the best character in the game.

Split into different levels, subreddit users believe that Pikachu is the only character worthy of the top tier – although the user who created the list admits that Pikachu didn’t reach the quota of votes set out beforehand to be top tier, just that it was so far ahead of the rest of the high tier that it made sense to place it there.

At the other end, Bowser Jr. was far and away the least popular character, with the majority of Reddit users determining that it was the least powerful character in Super Smash Bros. Ultimate. 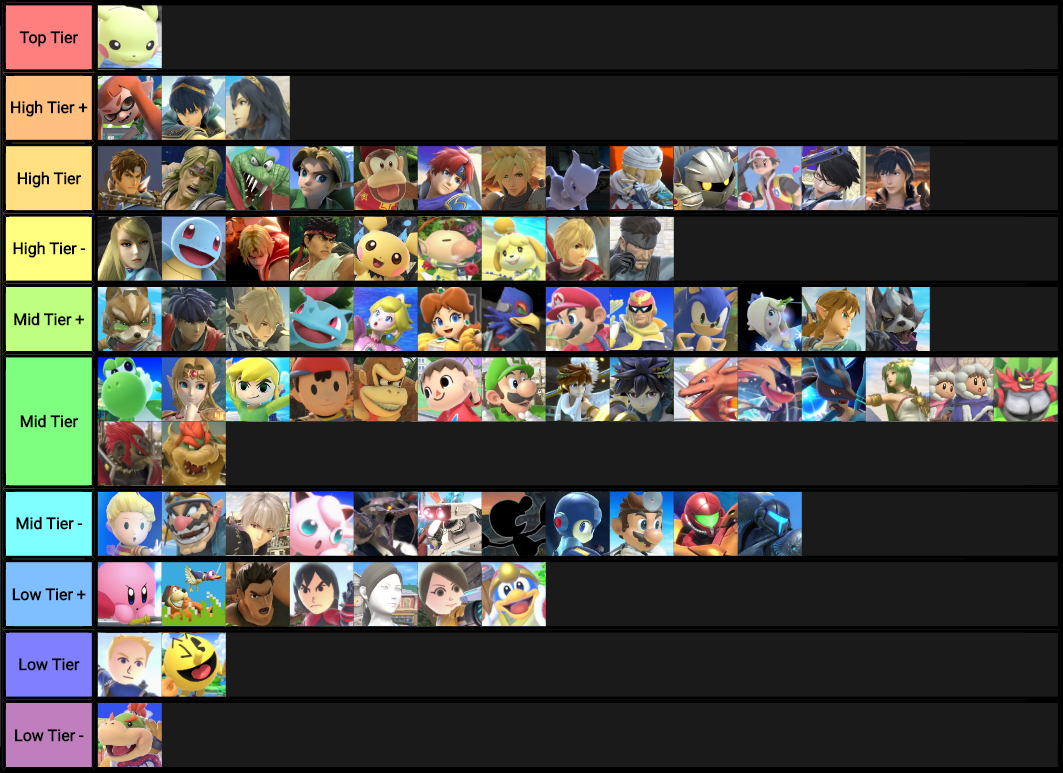 Recently, Tesla and SpaceX CEO Elon Musk proved that he is enjoying Super Smash Bros. Ultimate, revealing that his favorite character to play in the game is currently Zero Suit Samus from the Metroid Prime series.

It appears many players share his opinion too, as Samus appears in this fan-made list as a high tier character.