New leaks have revealed a list of characters expected to join Super Smash Bros. Ultimate in a future DLC pack, with some surprising names included that Smash fans may be shocked to see.

First reported by GearNuke, the leaks have come from 5Channel, a Japanese forum where information about Smash Bros. Ultimate and other Nintendo Switch games has been found.

On January 3, a post from early December was found that seems to contain a list of characters who will be included in the game as DLC in the future.

Erdick from the Dragon Quest series was also mentioned, alongside Ryu Hayabusa from the Ninja Gaiden franchise and Marine from DOOM, with the leaker suggesting that all three will release new titles in 2019, and these characters will be introduced to Smash Bros. to promote them.

Finally, Steve from Minecraft was also named as a character set to come to the fighting franchise, with two Pallet Swaps coming in the form of Alex and a Master Chief costume from Halo. Steve was also rumored to be included in the base game, but the leak states he will now be released in Smash to promote DLC for Minecraft Dungeons. 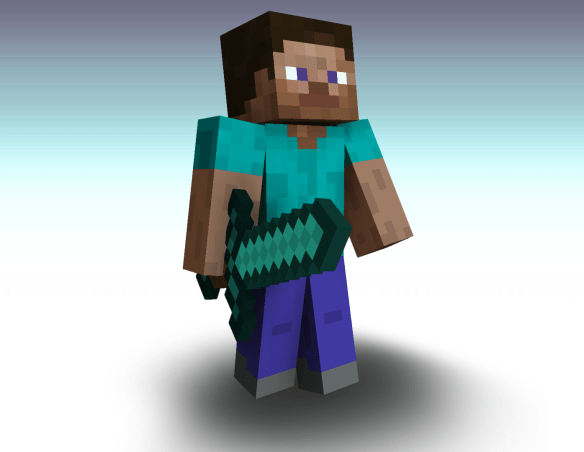 Steve from Minecraft could be making an appearance in the game.
[ad name=”article3″]

There is currently no information regarding when these new characters may become available, however the leaker suggests we will get more information at E3 2019 in June, while another Nintendo Direct presentation is set to take place this month.

Of course, all of these characters are just rumors and may be incorrect. Still, seeing Rayman and Steve from Minecraft in Super Smash Bros. would make for an incredible experience for Smash fans.