Jaryd ‘summit1g‘ Lazar could be called many things in the world of Sea of Thieves... Master looter, a man who can hide in plain sight, the list goes on. But, he’s shown why calling him a “tryhard” is a big mistake.

The popular variety Twitch streamer has been bouncing between a number of popular games during the course of 2019, but a stream featuring Rare’s pirate title is never too far away.

After the developers released a brand new monthly content update on November 21, just like always he decided to give it a try. The Seabound Soul patch saw a number of new features arrive, including the ability to set other ships on fire! 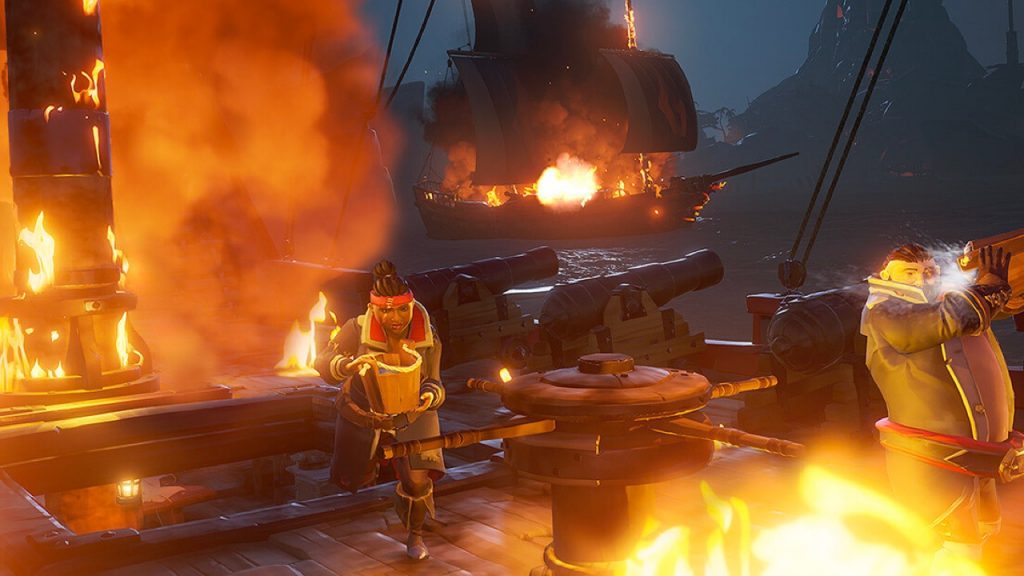 You can now set ships on fire in Sea of Thieves.

It didn’t take long for the former CS:GO player to run into a few other players in the game, too, with one crew trying to land some burns of their own. One of which decided to call the streamer and his team a bunch of “tryhards.” It’s fair to say, what came next didn’t make for pleasant viewing – particularly from the other team’s standpoint.

The whole mission for summit and his team was to jump onto another ship, take their loot and get out of there. Of course, after seeing the stash they had on board, he went right for the Athena chest and dived off the side, swimming towards his own Galleon.

Moments later, the crew tried to retrieve their treasure. A few players were killed and sent to the Ferry of the Damned to wait around for a respawn, but one of the others still left in the water started to get salty. “Pace? You’re f**king kidding me. No wonder you guys are such f**king tryhards,” they said.

Not long after that was said, each of the enemies were taken out in quick succession and their ship – which was already on fire – completely caved in, sinking to the depths.

In the space of just a few minutes, they went from having a boatload of loot waiting to be cashed in at a nearby outpost, to having zero to show for their hard work – no doubt grinding through chests to retrieve the goods on board – and their boat plunged into the depths of the sea.

Not an ideal situation for them, but it just goes to show that calling summit a “tryhard” and getting in the way of his loot stealing tactics is not the best way to go. Maybe they should have surrendered instead!