Jaryd ‘Sea of Thieves, and while Athena chests are usually on the menu, his fans couldn’t believe how easy it was for him to take another crew’s ship in plain sight.

The popular Twitch streamer returned to the game on July 23 following the release of the Black Powder Stashes update just six days previous, but it didn’t take him long to bamboozle yet another crew of wannabe pirates on the open seas.

While summit might have made a particular spot on Galleons his hiding home in recent months, chilling right under players’ noses inside the captain’s quarters, his new spot on the Sloop might be the best yet. 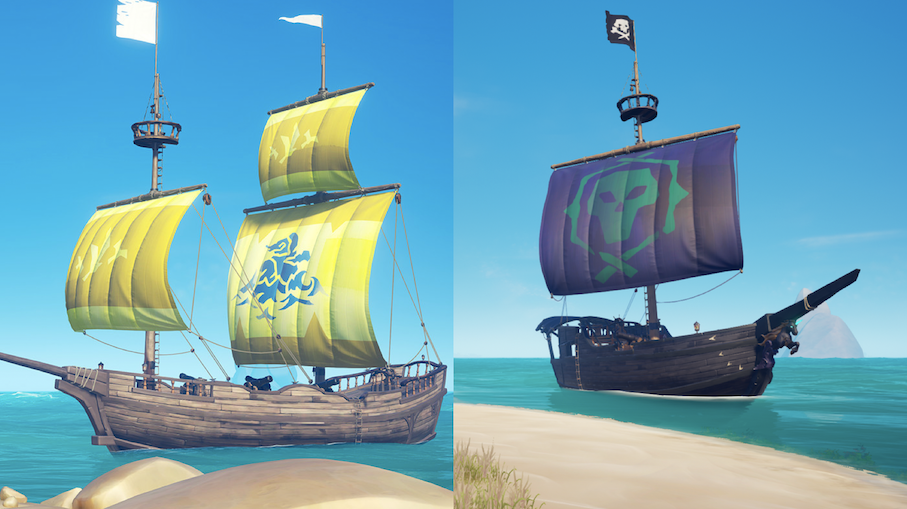 Summit1g managed to swap his Brigantine (left) for a much quicker Sloop (right) in Sea of Thieves.
[ad name=”article2″]

Placing his character right where the enemy team would never dare to look, as it was seemingly so obvious, the streamer sat right next to the wheel that controls the anchor.

Clearly aware of summit’s presence, though, one of the two young players grabbed hold of the captain’s chest that was on board. “Our captain’s chest, are you holding it? They’re worth a lot” a voice said, which made summit burst into laughter.

The player had previously described it as “trash” in a bid to sway summit away from taking it. It’s actually worth between 500-1200 pieces of gold, and those familiar with the game will know that’s actually not an awful lot, particularly when you compare it to the Athena Chests that the streamer usually nabs.

On countless occasions it looked as if he had been spotted, but even the chat were stunned to see that he was still under the radar, with one even saying that the two youngsters on board were paid actors for the stream. However, summit was just as shocked as everybody else.

Once they found him, though, he soon switched into his hilarious pirate voice and sneakily made it seem as if he was there to steal their prized captain’s chest.

“Yeah but in this day and age the seas are very dry. There’s not a lot of chests out there,” summit said. “We’re just going to need you to transfer that captain’s chest to our boat.”

With the pair being so occupied on protecting it, summit and his teammate managed to shepherd them onto their ruined Brigantine and sailed away on a new ship in the funniest way possible. “Right, you guys take the Brig. We’re taking this sloop,” his teammate added, before they steered off into the distance in Sea of Thieves.

The youngsters might have just lost their ship, but were still worried that they had been left stranded on a brig full of gun powder barrels that could be exploded.

Luckily for them, summit didn’t go that far. The new Sloop was enough on this occasion.