Only two teams remain at the Rainbow Six Major Paris, as the semi-finals conclude to set up a rematch of the Six Invitational 2018, Evil Geniuses vs G2 Esports (formerly PENTA).

The North American side of Evil Geniuses lost the grand final against PENTA in 2018, in a heartbreaking defeat, but will now have the opportunity to claim revenge up against the European’s, who now play under G2.

G2 took out surprise package Team Secret in their semi-final, in what was a convincing 2-0 win, dropping only five rounds across both maps.

It means that G2 are the only team not to have dropped a map throughout the event, after EG did lose one in their quarter-final vs NiP.

Evil Geniuses have looked strong, particularly in the early stages in pool play where they dominated a tough group.

But, they have shown weakness in the playoff bracket, where they overcame both NiP and Rogue, but the matches were closely fought.

They defeated Rogue in the semi’s with a 2-0, both maps finishing 6-4 in EG’s favor, but G2 will know that they are a beatable team. 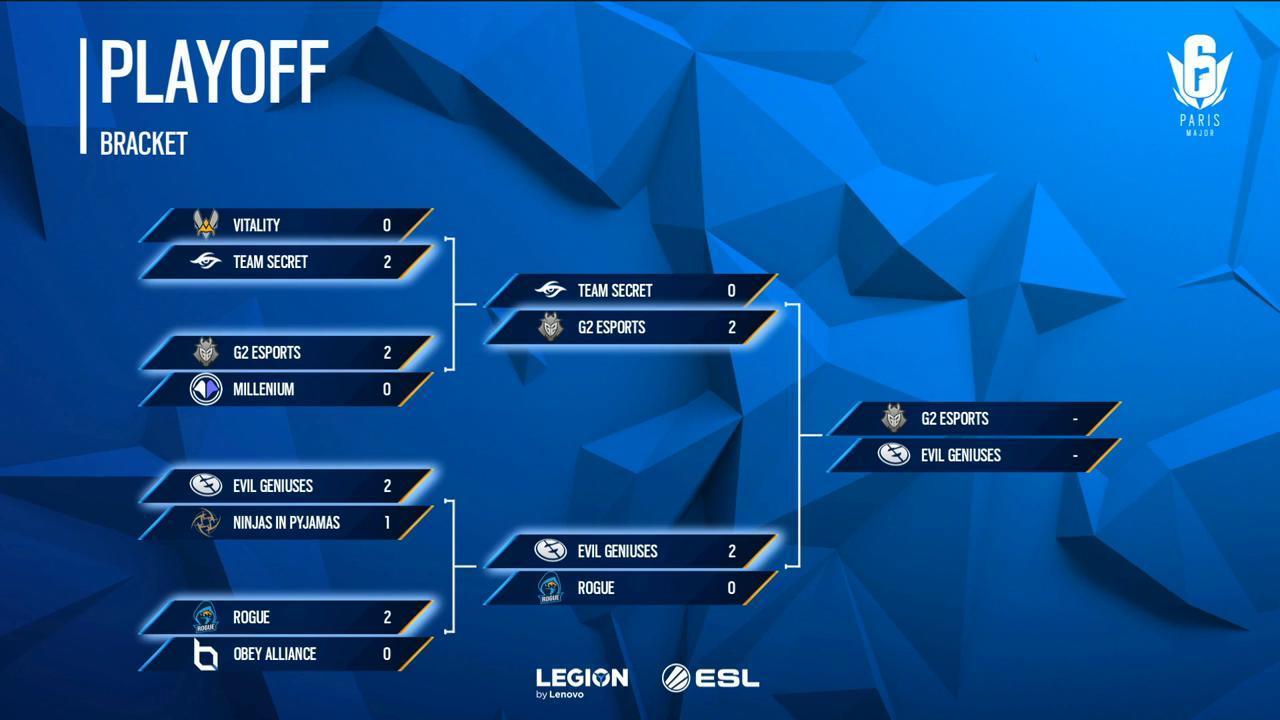 We also caught up with G2’s in game leader Fabian “Fabian” Hällsten ahead of the big match tomorrow, explaining the team’s preparation going in.

"We don't want to make them [G2] disappointed in us" – @G2_Fabian, the @G2Esports IGL talks to @BanKsEsports after they reached the grand final of the #SixMajorParis! pic.twitter.com/dFzbPDUDgu

EG’s team captain Troy “Canadian” Jaroslawski is experienced as anyone however, and will be desperate for revenge after the 2018 invitational.

The grand final will take place on Sunday August 19 at 5pm CET / 4pm BST / 11am ET / 8am PT, live from the Paris Expo Porte de Versailles.

You can keep up with all the action with our dedicated coverage hub, with streams, schedule and more.