What is Weapon Mastery in PUBG? Everything you need to know - Dexerto
PUBG

What is Weapon Mastery in PUBG? Everything you need to know

PUBG Corporation have added a new progression system to PlayerUnknown’s Battlegrounds, which is called Weapon Mastery.

PUBG has been available in full since March 2017. Since then, we haven’t had any real form of progression system. Some fans of the game have clamored for a real progression mechanic ever since its release, it now appears those wishes have been granted.

The new Weapon Mastery progression system, as the name suggests, focuses on weapon use. Each gun will have a series of levels that can be progressed through by dealing damage and killing enemies.

This form of system has been around for years now, with Call of Duty: Modern Warfare 3 being a notable game that used something similar.

Naturally, Weapon Mastery has been designed to encourage a healthy style of PUBG play. This means there’s little incentive to camp and XP will be rewards will be increased when killing a greater number of enemies, hitting difficult shots and getting that chicken dinner.

The Weapon Mastery system is quite extensive. There are 100 levels in total for each weapon. Upon completion of every 10 levels you will be promoted to the next mastery tier. Therefore, there are 10 mastery tiers.

More rewards will become available as you go through the mastery tiers. As a result, it’s important to keep track of your statistics, especially considering the vast number of weapons there are to use. 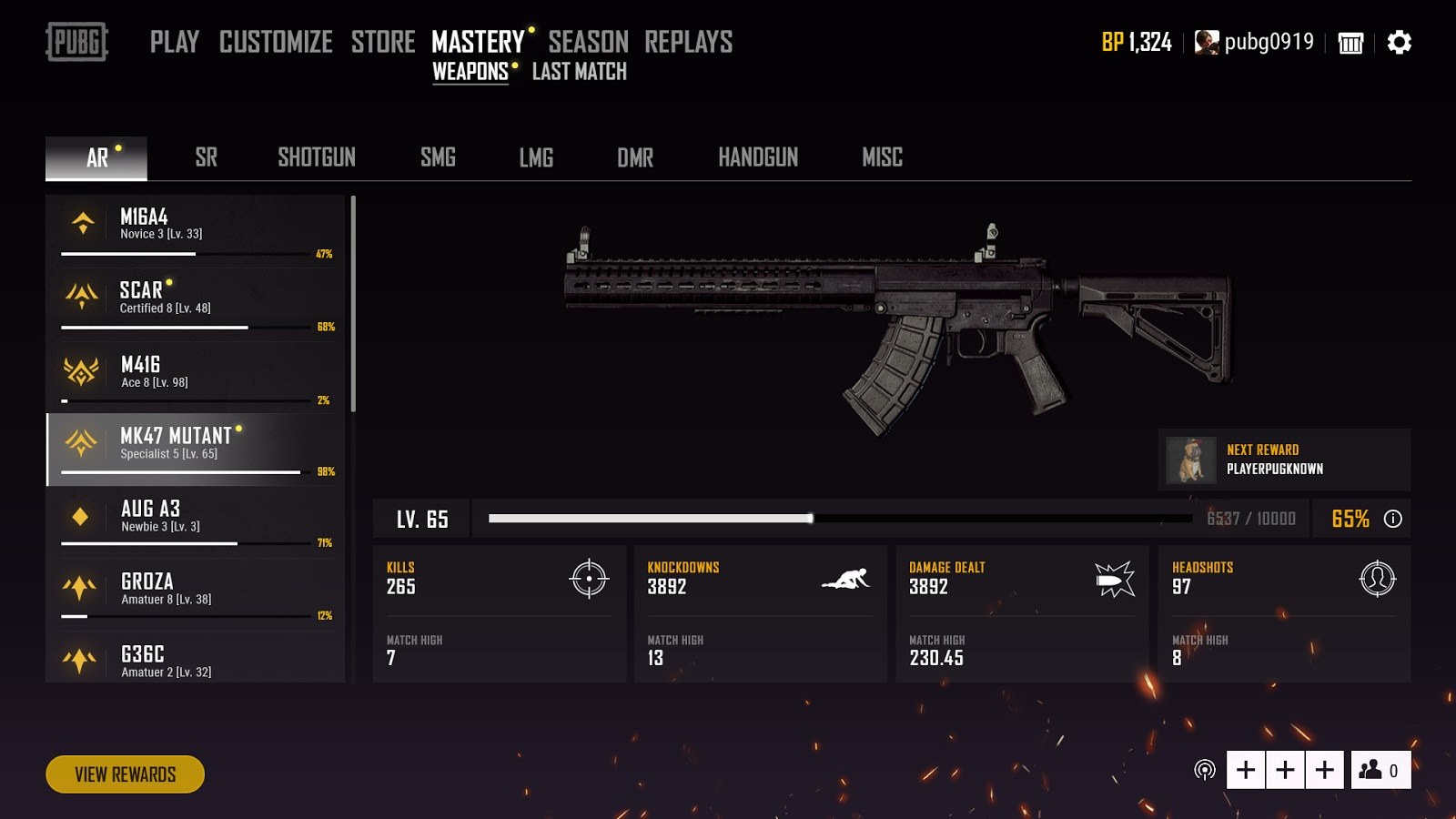 Once the Weapon Mastery update is added, the last match screen and everything weapon related will display on the same menu. Weapon stats, earned medals and progress can be tracked here.

Specifically, the screen will show weapon level, kills, knockdowns, damage dealt, headshots and more. On top of tracking your progress, the system will allow you to identify which weapons you perform best with.

As previously mentioned, rewards earned through the Weapon Mastery system are free to earn. Additionally, they are unique to purchasable items. This means an entirely new set of items are coming to PUBG shortly.

Another new category of items to earn are charms. These keychains attach to your gun and are purely aesthetic. Consequently, this offers no in-game benefit and are there to show off the progress you have made.

Just some of the charms that will be available as rewards…

Medals in the new system are earned by obtaining defeats. ‘Defeats’ is a new term used to describe getting the better of an opponent. You can defeat a player by doing the following:

You will not defeat a player by:

The new Weapon Mastery system is the first step of a much a larger system which is currently being developed.

The system will be first available on the PUBG PC test server on April 17, 2019.

Weapon Mastery is still in development for the PS4 and Xbox versions of PUBG.