A tentatively scheduled update for PUBG on the PS4 and Xbox has been delayed. PUBG fans aren’t happy, and they’ve let Bluehole know as much.

The January Vikendi update has worsened the rendering issues that has plagued PUBG on console. While PUBG fans were glad to finally get the Vikendi snow map, they were disappointed with how poorly optimized it was.

Slow rendering across PUBG’s newest map frequently causes players to get stuck, meaning they have to quit the game. Furthermore, the update has caused the loading in of buildings to slow down on other maps, namely Erangel and Miramar.

Update from the dev team, Feb. 27 from r/PUBGPlayStation

A February 28 update was scheduled in an attempt to resolve these problems. However, Bluehole have confirmed, via one of the PUBG community managers, that this update will be delayed until March 5.

“PUBG_Lumos” on the Reddit PUBG forums stated, “Sadly, due to technical issues which would result in further harm to game stability, we made the difficult decision to push back the patch date to March 5.“

Despite this there was a bit of good news for PUBG fans. A server-side patch was successfully deployed to tackle players being matched outside of their respective regions. This should mitigate high ping, lag and desync issues.

The news of the delay didn’t sit well with many PUBG fans, who let Bluehole know as much. PUBG Xbox and PS4 players have been continually frustrated by poor performance and what seems an incapability to fix it. 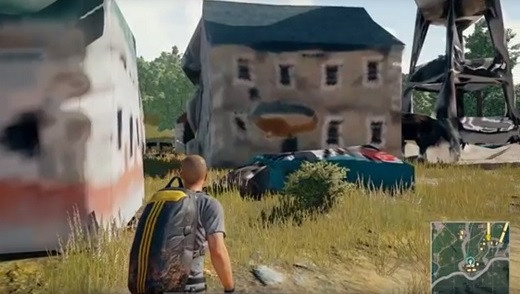 As a result Bluehole have had to endure numerous negative comments and trolling.

One user, JLarason1 said, “The update fell under the map.”

Another went for a more sarcastic approach, LegendaryZTV commented, “WAIT , a patch had issues & that was caught BEFORE it was pushed to live ?! Maybe times are changing because normally we would just be given the broken patch & wait for an additional hotfix ! +1 for BlueHole even with the delay.“

Finally, IShartedOnce82 was a little more passive-aggressive. They said, “Maybe you should take a break from giving us more skins, and outfits, and stick to fixing the game.“