PUBG finally respecting console like PC and players are loving it

It’s been a tough road for PUBG console players but after years of updates, it looks like the Xbox and PS4 may finally be getting the love it deserves.

PUBG was first released on console on the Xbox One in December 2017, albeit in “Xbox Game Preview”. Console players hoped, perhaps naively, that they’d be playing the game just how it looks on PC. They were disappointed.

The term “unplayable” gets thrown around a lot but PUBG’s first iteration on console was just that. Input lag that is just never seen in today’s games, frequent crashes and poor balancing left those waiting for PlayerUnknown’s Battlegrounds on console devastated. 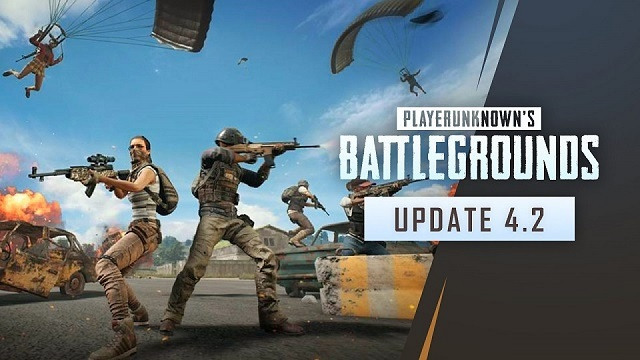 PUBG Update 4.2 brings a tonne of new content to console…

The next patch did alleviate these problems somewhat but crashes were a continuing issue. It wasn’t until version 1.0 was released in September 2018 that the issue of crashing subsided.

Xbox’s exclusivity period ended in the later stages of 2018, at which point it was released on PlayStation 4. By this time the game was far more stable but still far inferior to its PC counterpart.

It’s clear to most players that the PC has advantages that consoles simply can’t compete with. The biggest of those is hardware and processing power which enables PC to reach much greater frame rates.

Even mid-range PCs can play PUBG well over 60 FPS, more than any console game plays at. Conversely, PUBG on console is limited to 30 FPS due to the limited power the Xbox One and PS4 offer. There is also small yet noticeable input lag which affects responsiveness – a key component for any battle royale game.

Was this when it changed?

Back in March of 2019, Brendan Greene left the PUBG development team and was replaced by Tae-seok Jang.

The former Art Director for the PUBG Corporation has seemingly been keen on transparency, sharing videos where he and others offer behind the scenes insights into the game. The updates have also been packed with more content which has naturally been welcomed by players.

Most recently, though, Jang has added a lore to the PUBG game teasing an ominous reason behind the battle royale in Erangel. On top of this the Russian island has been remastered, and changed to a degree, to allude to the backstory and modernize it.

Another factor behind console players feeling like an unwanted stepchild has been the update schedule. When the PC gets an update, console would follow roughly two months after.

However, going forward, this is about to change as the PUBG Corporation have committed to a two-week delay as opposed to the much longer wait. This shows Xbox and PS4 players that, one, PUBG are making every effort for console and two, they haven’t been forgot about.

“I think this is one of the best updates we’ve ever had for consoles. Great job Bluehole and keep up the good work! My feedback is this,” mickffp said on the Reddit the PUBG update 4.2 console feedback megathread. Others have been sharing a similar sentiment.

It’s unrealistic to hope PUBG on console will ever replicate the performance of PC, but it could make strides to bridge the gap along the way.