A $1 million PUBG tournament featuring some of the world’s most popular streamers has been announced, with the likes of Ninja, Shroud and Dr DisRespect all taking part in the ‘charity showdown.’

The charity event will take place at the PGI PUBG Global Invitational in Berlin, which is headlined by the $2 million professional PUBG tournament, with competitors including Team Liquid and Na’Vi.

The streamers in the charity tournament will play in teams alongside professional players for a shot at the massive $600,000 first place prize, which is split between the players and given to a charity of their choice.

The teams haven’t been announced yet, but it is likely the big streamers will be going up against each other with the help of some pro players on their side. 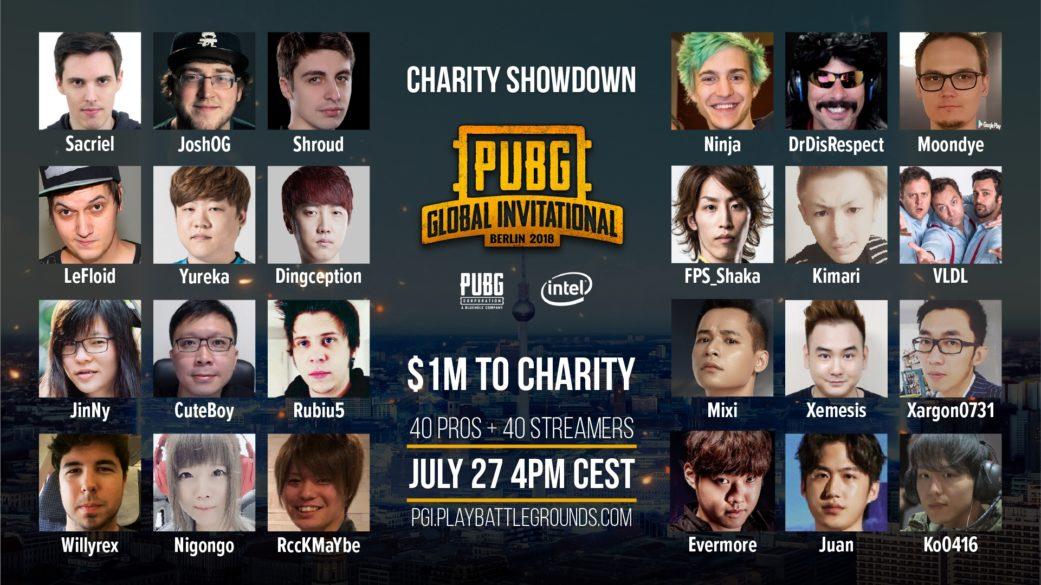 Ninja, although now best known as a Fortnite streamer, previously played PUBG competitively and even won the first ever squads LAN tournament under Luminosity in 2017.

Michael “shroud” Grzesiek was also a former professional player, though he played CS:GO, and has since become recognized as one of the best PUBG players too and the top PUBG streamer.

Full details of the tournament, including how to watch all the action, can be found below, from the official PUBG website.

We’ve talked a lot about PGI and the 20 teams that will be competing for their share of the $2 million USD prize pool, but we haven’t talked much about some of the other events happening during the tournament. Today, we’re announcing one of those events, the PGI Charity Showdown!

The PGI Charity Showdown combines some of the biggest streamers from around the world with professional players competing in the tournament. Each squad will face off to earn money for the charity of their choice, with a $1 million USD total prize pool. Featured streamers include Shroud, Ninja, DrDisRespect, Moondye, Rubiu5, Willyrex, Sacriel, and many more!

Top placing teams will evenly split the prize pool for their charities as follows:

Watch the event, live from the Mercedes Benz Arena in Berlin, Germany on Friday July 27th at 8am PDT | 17:00 CEST, on all major streaming platforms. For more information on PGI, visit the PGI website and be sure to tune in from July 25-29!