A new PUBG map concept has resurfaced. Could Venezia 2.0 actually make it into the real game? Many battle royale fans are hoping so.

The Venezia PUBG map concept was posted nearly a year ago in May of 2018. This was before Vikendi had even been released.

As its name suggests, it is based on the Italian city of Venice and is comprised of more than 100 small islands – something that would be very different to the current map offerings. 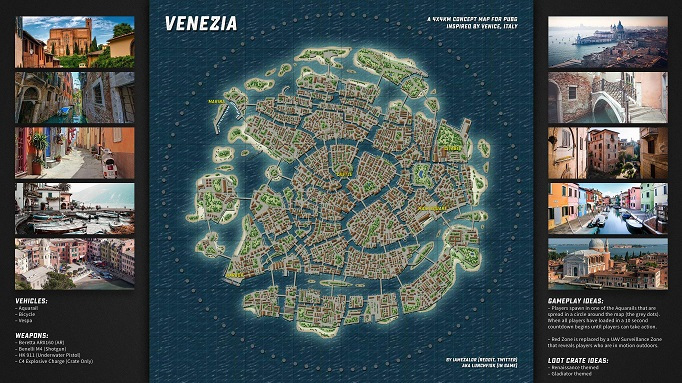 Therefore, this would make for a unique type of battle in PUBG. After all, the current set of maps are predominantly land-based which means traversing into the next circle isn’t overly complicated. You can just hop in a car or buggy and safely make it back to the safe zone.

The numerous islands would add a much different dynamic to managing the circle, though. There’s no doubt a Venice type map (or Venezia as it has been called) would result in a different play style in Player Unknown’s Battlegrounds, especially with so much water between the pieces of land.

Venezia was designed by IamEzalor and received positive feedback from fellow Redditors. However, their first design was a tad too expansive – including hundreds of buildings and more bridges than we had seen in all PUBG maps combined. 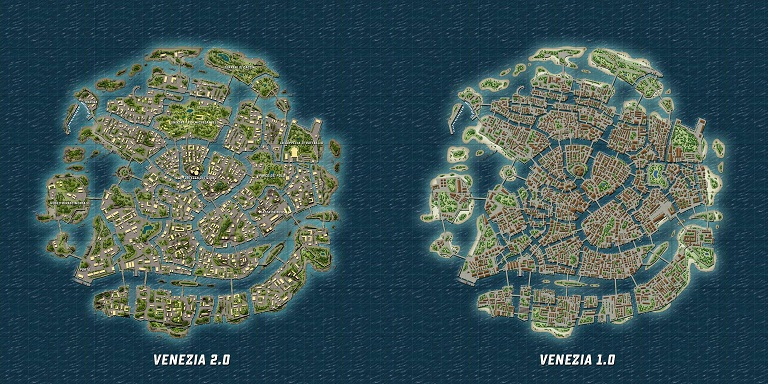 While unique, the concern many fans had was that the map’s detail would result in poor performance, even on PC. Consequently, a Venezia 2.0 was released. This included 66% less buildings, 50% less bridges, the addition of shallow water to run through, and some other minor adjustments.

Could Venezia be the next PUBG map?

At this point, nobody really knows what the next PUBG map is going to look like. PUBG Corp seem to be keen on adding new maps, as the game’s history has indicated so far, but there has been no official indication of what’s coming up next.

With that said, there are currently four maps already and with the game ageing, player count may be a concern. An additional map would only fragment it further and would all but remove the chance of having separate playlists for each map.

On the other hand, a new map – especially with the uniqueness of Venezia – could reinvigorate the game, albeit perhaps in the short-term only. 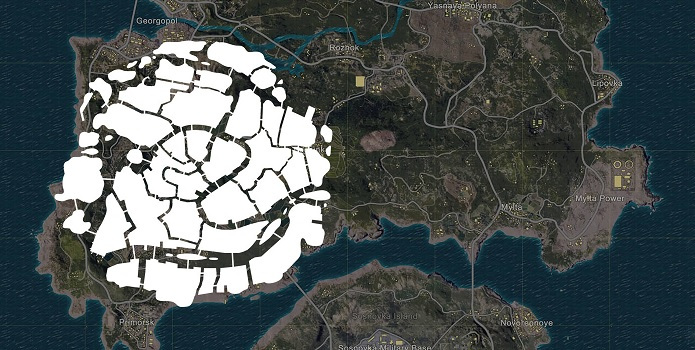 Venezia would be a lot smaller than Erangel…

The maps and the choices they provide are arguably the best feature of PUBG. The original map, Erangel, is still popular today and has even undergone some loot balancing changes.

Miramar, the desert-based map, was the second to be introduced to Player Unknown’s Battlegrounds. In terms of land mass, this is the biggest map the game has to offer.

While the first two were officially 8km by 8km (with Erangel being mostly sea), the third PUBG map was Sanhok – a smaller map focused on faster gameplay. Sanhok is a quarter of the size of Erangel and Miramar measuring 16km squared.

The most recent map addition was Vikendi. The snow map is a combination of the three previous maps and is also between them in terms of size at 36km squared.