Brought to you by AORUS.

The full schedule, format and league structure for the €1,000,000 PUBG Europe League (PEL) has been released, including dates for the upcoming online qualifiers.

The league proper will begin in January 2019, but online qualifiers will take place in late October to early November 2018, and are open to all within the three regions.

The PUBG Europe League is the top level of five leagues in total for the EMEA (Europe, Middle East and Africa) region, followed by the Contenders league and then three ‘open leagues’. 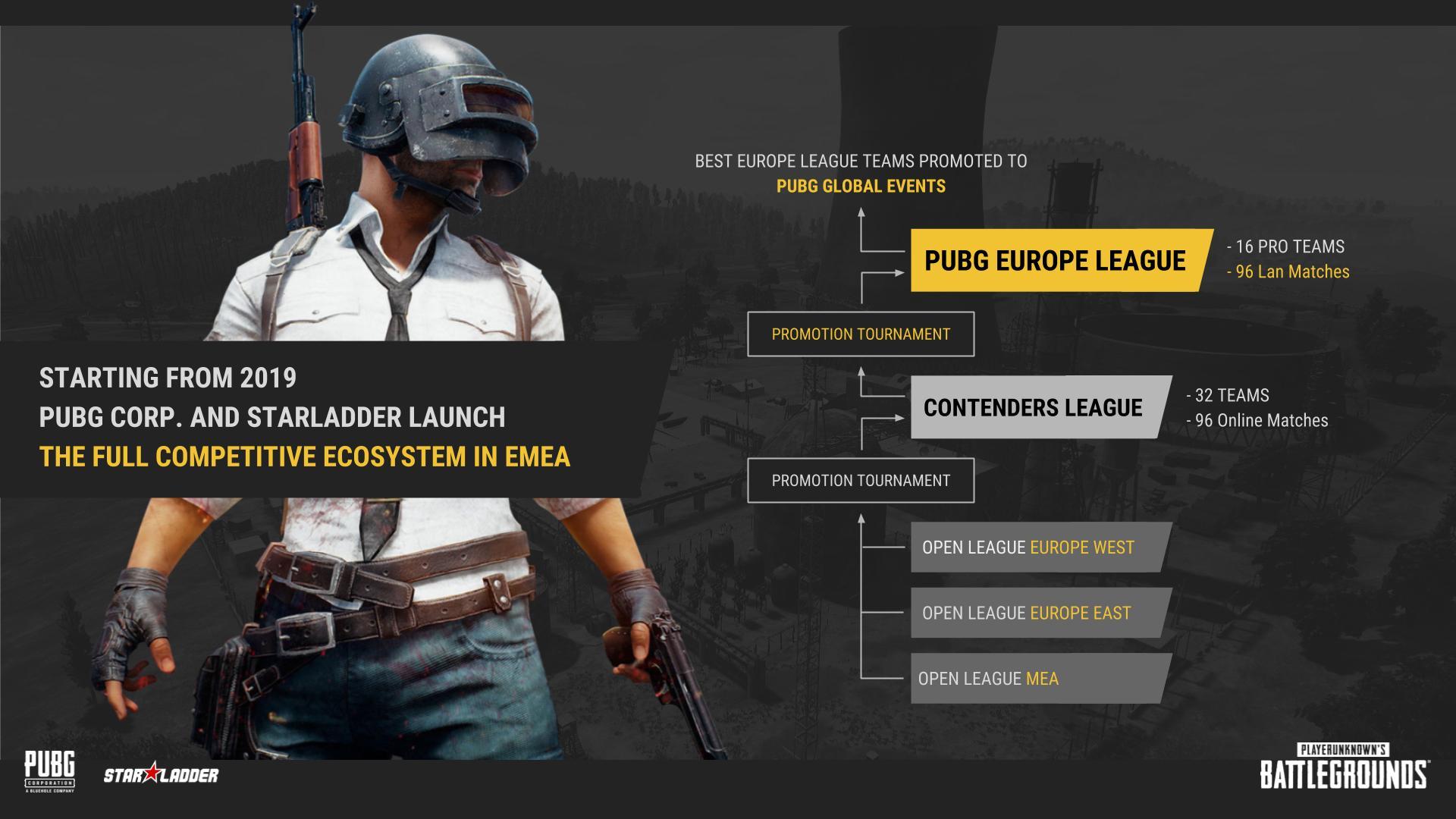 This allows for a promotion and relegation system, which should result in the top teams reaching the highest level, as opposed to a franchised system where specific teams and organizations are hand picked.

The 2019 competitive PUBG season will take place over three phases. The first is the open qualifiers, starting on October 27, followed by a LAN qualifier that will determine the final teams for the PEL and Contenders league.

The online qualifiers are split into three regions, and registration is now open. 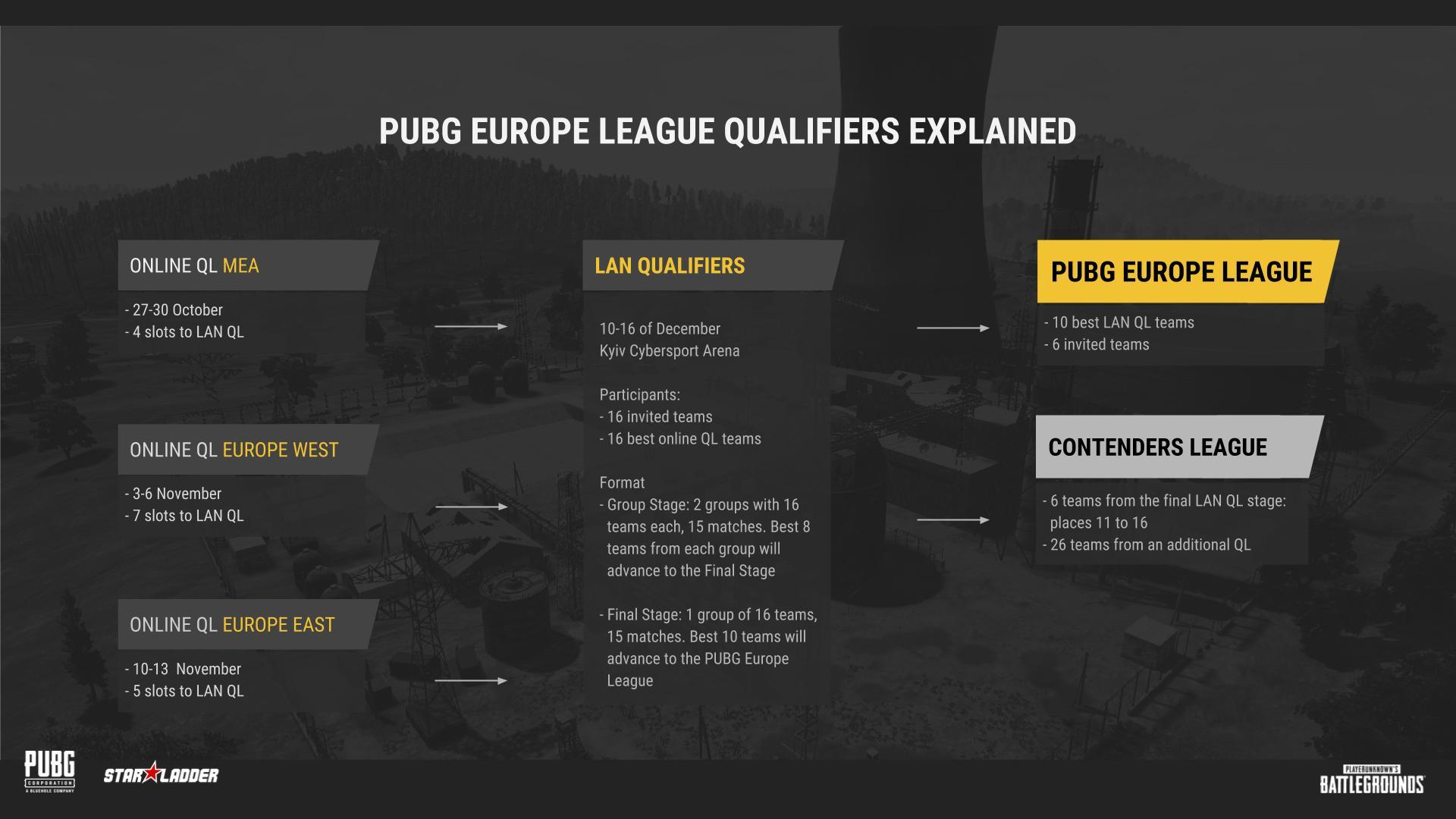 The winners of these open qualifiers will book a spot at the LAN qualifier in Kiev, joined by 16 directly invited teams, “who have shown decent results on the international and European competitive PUBG-scene.”

15 matches will be played, after which the top eight teams will advance to the finals stage, where the teams advancing to the PEL will be determined.

List of regions by countries for PUBG Europe League: