Out of nowhere, the Pokemon Company have announced a brand new mobile game. Pokemon Rumble Rush is reportedly available now on mobile devices.

The announcement of this brand new Pokemon game might well have blindsided many Pokemon fans. There was no tease, trailer, or any mention whatsoever about the new game.

Instead, the game was announced out of the blue and is already available to download – at least, at the time of writing, in some regions. 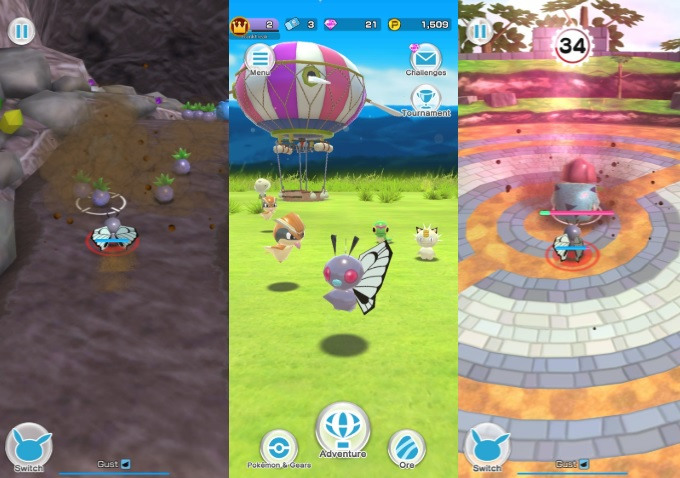 Pokemon Rumble Rush is separate from the new mobile game that is being developed by DeNA. This currently unannounced mobile game will be released before March 2020.

What is Pokemon Rumble Rush?

Pokemon Rumble Rush is a free-to-play smartphone game. The game itself, as the Pokemon Company describe allows you to, “Travel to unknown islands, battle wild Pokémon, and discover valuable items in this rollicking mobile expedition.”

The game appears to differ from traditional Pokemon games found on Nintendo devices whereby Rumble Rush if focused on fast-paced simple gameplay. Moreover, the game is centered around action as opposed to a story.

Pokemon Rumble Rush appears to be a re-brand of Pokeland…

Hardcore Pokemon fans will remember the announcement of a previous Pokemon game for mobile – Pokeland. This game went into beta testing in late 2017 but disappeared altogether shortly after.

The Pokeland website remained untouched thereafter but has since been updated. While nothing was announced about the official status of the game, many assumed it had been shelved entirely.

However, it now appears that Pokemon Rumble Rush is a re-brand of Pokeland.

Pokemon Rumble Rush can be downloaded on either the iOS store or Google Play.

As of the time of writing, the game is currently available in Australia, but is expected to be rolled out worldwide in the next few hours.

Here is the link if you want to download on androidhttps://t.co/w5p9I9Nc67

For those who can’t wait those extra hours, you can either change your Google Play settings or find an APK of the file to download online. One Pokemon Rumble Rush APK has been provided in the Tweet above.