Updated: The leaked Eevee Tamagotchi now has a release date, price and other new details! This little device is going to prove very popular among Pokemon fans!

The supposed collaboration with Pokemon in the form of an Eevee Tamagotchi will be an exciting prospect for Pokemon fans all over the world. The images first surfaced on the Twitter account SerebiiNet.

The leaked promotional material is entirely in Japanese, but it does give us some key bits of information about the Eevee Tamagotchi. Perhaps most noticeably the proposed Pokemon Tamagotchi maintains its classic, pixel-line, black and white style.

It has now been confirmed it will cost 20$ (2,300 yen). This would make sense given the simplicity of the device and old style screen.

The leaked image suggests that the Pokemon Eevee Tamagotchi will be released in two different colours. They are brown and pink.

The main features of the Tamagotchi include Eevee having a wide range of emotions to show how it feels about you. Eevee can also come in different forms including Team Rocket Eevee and Ditto Eevee.

There were also rumors that the Eevee Tamagotchi would feature an exclusive never before seen Eevee evolution. These rumors have been quashed however and it is the below Eevee evolutions that will be available. 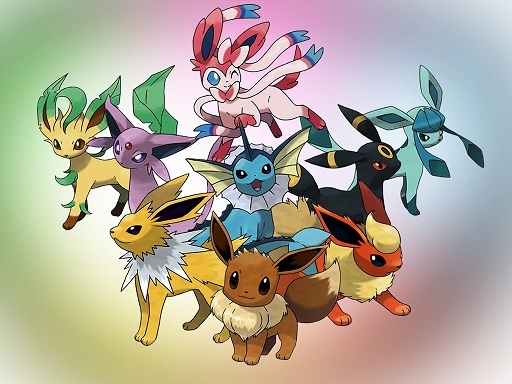 We now have a release date for the Eevee Tamagotchi. The latest promotional material indicates a January 26 release, at least in Japan. Western Pokemon fans should take note, it is entirely possible the Eevee Tamagotchi is released in Japan only. We do expect it to makes it way to North America and Europe though.

The rumored Eevee Tamagotchi will be a reality next year! :love: pic.twitter.com/JxYofylvBz