The Pokemon: Detective Pikachu trailer has shown what Pokemon in real life could look like. Here are several designs of real life Pokemon.

There have been real life images of Pokemon circulating the internet for years now. The most notable of these come from artist, RJ Palmer.

He has been designing Pokemon in what appears to be dinosaur form. 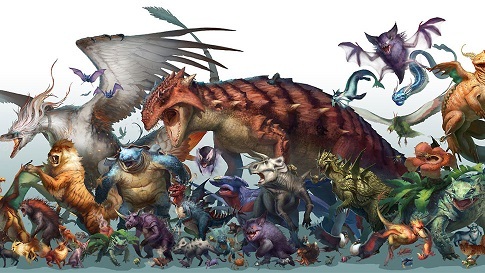 RJ Palmer’s design work landed him a job designing “real life” Pokemon on the latest Pokemon movie, Detective Pikachu. He was hired when the production designer of the film, googled “realistic Pokemon” and saw his work come up.

All of RJ Palmer’s designs of real life Pokemon can be found HERE.

How significant RJ Palmer’s input was into every Pokemon in Detective Pikachu is unknown but there’s no doubt he’d have been influential. The trailer showed us several scenes with Pikachu who didn’t seem to fit the style of Palmer.

It appears the higher ups wanted to keep the cute Pikachu vibe. The same can be said for Bulbasaur (Palmer’s favorite Pokemon) and Jigglypuff who both keep the furry style as opposed to the reptilian style Palmer’s work used.

Charizard on the other hand, looks extremely menacing and anything but cute. Perhaps they are using Palmer’s style of work for the more threatening, aggressive Pokemon. 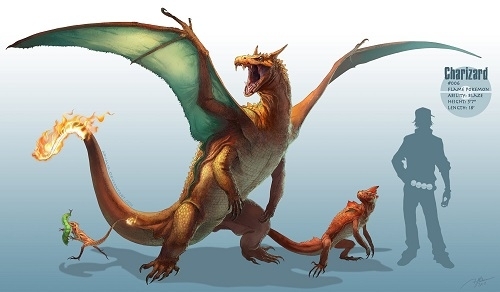 The Pokemon: Detective Pikachu has divided Pokemon fans’ opinion. It has been a long time that the cartoon animations have been used for Pokemon. Both in the anime series and video games.

As a result seeing Pokemon in real life is understandably a shock to fans of the series. Over the coming months we’ll see more snippets of the Pokemon Detective Pikachu film and therefore more real life Pokemon.