Out of nowhere the Pokemon Company have announced the first Pokemon Direct of 2020 and it looks like we’ll be getting more details about the Pokemon Home and Sleep apps.

Nintendo haven’t given too much notice as it will take place on January 9, 9:30am EST.

You’ll be able to watch it live on YouTube, which for your convenience is embedded below. Nintendo’s official post describes the presentation as “roughly 20 minutes of new Pokemon information.” 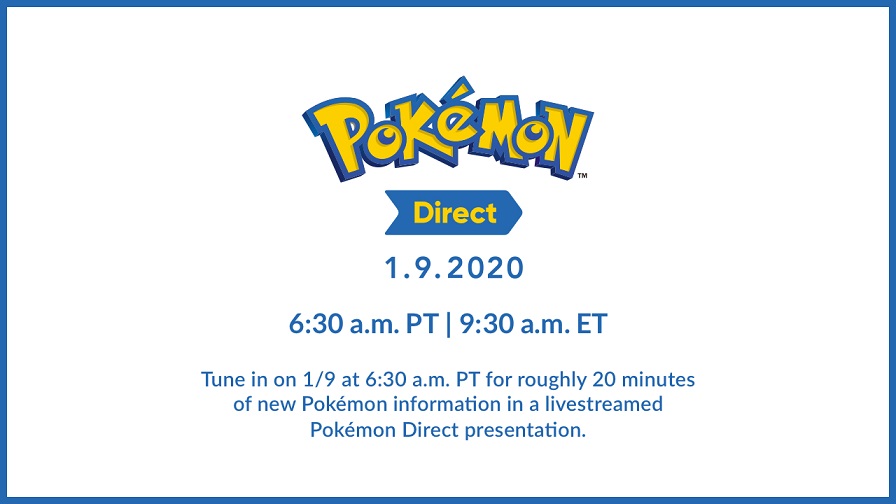 The first Pokemon Direct of 2020 came out of nowhere!

What will be announced?

There have been no hints or rumors as to what the first Pokemon Direct of 2020 could entail but one thing makes a lot of sense.

The Pokemon Home and Pokemon Sleep apps appear to be the most likely and should tie in to Pokemon Sword and Shield, also. After all, Pokemon Home has been promised to release in early 2020.

Trainers, we’re working hard to create a future that brings people and Pokémon closer together.

Bring your Pokémon home to #PokemonHOME in early 2020.

Pokemon Home is described as a “cloud service that will work with Nintendo Switch and iOS and Android devices, allowing you to bring over the Pokemon that you’ve shared adventures with throughout your journey.”

Meanwhile, Pokemon Sleep is an app that “tracks a user’s time sleeping and brings a gameplay experience unlike any other!” The Jan 9 Pokemon Direct could reveal more details about both of these and give us an official release date.

The announcement everyone wants?

For those who are already desperate for new details, or even an announcement, on the next Pokemon game, you may have to wait a little longer. It’s possible Nintendo will break the trend and announce something early but it isn’t worth getting your hopes up.