One Pokemon Trading Card collector had their worst nightmare realized when a card worth $60,000 was ‘lost’ in the post.

This card in question was the Trainer No. 3 card which was sold by pokemonplace on eBay. It is one of the rarest cards to ever be released and is one of a kind.

Transactions such as these, while not common, are frequent enough in the Pokemon Trading Card community. Sales for the most part go smoothly as examples of missing cards are few and far between. 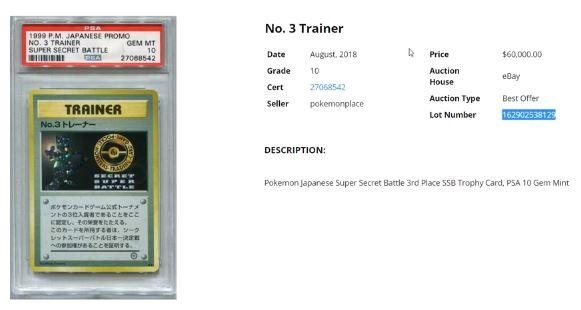 What happened to the card?

However, the worst case scenario happened for this particular sale when the card got lost in shipping. In truth, the card simply being lost seems unlikely, or very coincidental, with the more likely scenario being foul play – with someone handling the package stealing it.

The package was insured for $50,000, which was the most it could be under the circumstances, and an employee may have seen this huge figure on the declaration and decided to steal it.

Can it be sold if stolen?

Unfortunately for them though, the card will be really difficult, or even impossible, to re-sell because of its unique identifier.

As a result smpratte, an authority within the Pokemon Card community, and who details the circumstances of the lost card, has implored the potential thief to return it because of its difficulty to sell and that it is the right thing to do.

What is the Trainer No. 3 card?

It was the reward for third place in the 1999 “Super Secret Battle” tournament in Japan. Cards from similar tournaments, as well as the first and second place versions, are also incredibly rare. 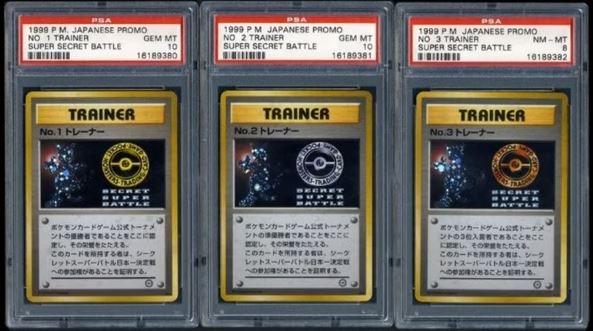 With one a kind items such as this, the value of it is simply determined by what someone is willing to pay for it and in this case a sale of $60,000 was agreed. Most people looking in on this transaction, and big Pokemon fans themselves, will consider this a huge amount of money for something as simple as a Pokemon card.

How rare is this Pokemon card?

Very rare. The card’s rarity is only superseded by the first and second placed versions of the card and the same cards from previous tournaments. A first edition Charizard has be known to sell for more than this, also.

Many consider the Pikachu Illustrator Card to be the rarest Pokemon Card. This was rewarded to selected entrants in illustration contests and is supposedly worth $100,000.