Could the iconic Missingno return to Pokemon Sword and Shield? - Dexerto
Pokemon

Could the iconic Missingno return to Pokemon Sword and Shield?

Those who played the original Pokemon Red and Blue games will be aware of the iconic Missingno glitch. Albeit unlikely, could Missingno return in the upcoming release of Pokemon Sword and Shield? The Detective Pikachu movie has also made reference to the glitch Pokemon.

While some Pokemon fans will have heard of the enigma Missingno, others will know it as perhaps the most famous glitch in Pokemon history.

The reasoning behind its appearance in the original Pokemon games is complicated. In short, the way the old Pokemon games were programmed could sometimes lead to a battle with the normal/bird-type anomaly.

This, combined with a patch of land where the game hasn’t coded which Pokemon to spawn and an old man in Viridian City, results in the strangest of Pokemon glitches.

The Missingno Pokemon had a number of forms it could appear as.
[ad name=”article2″]

A return to Pokemon Sword Shield?

Since the late 90s, Missingno has remained mostly unheard of. However, an image of what the missing Pokemon could actually look like has been making the rounds in the Pokemon community.

The concept, based on nothing more than the bar-code and its colors, presents a very believable image as to what Missingno would look like. In fact, it is so good that fans want it included in the Pokemon games for real.

It is very unlikely Missingno in this form, or any other for that matter, will appear in Pokemon Sword or Shield. With that said though, a Missingno reintroduction would arguably generate as much hype as the inclusion of any other Pokemon.

The historical theme of Pokemon Sword and Shield along with Missingno’s apparent attire and ghost theme means it could be a good fit for the next Pokemon game which is scheduled for release on the Nintendo Switch in “late 2019”.

One Pokemon fan has a theory that Missingno makes an appearance in the Detective Pikachu movie. Of course it isn’t as clear as it sounds.

A Ditto is featured in the film and is known as Miss Norman. This particular Ditto was genetically altered as part of a doctor’s experiment. It differs from normal Dittos as it can transform into whatever Pokemon it wants without having to be near them.

Furthermore, at one point the Ditto actually glitches out somewhat. This combined with the name Miss Norman has led one fan to believe it is a reference to Missingno. Miss Norman can be interpreted as MISSNO, i.e. Missingno.

This could be coincidental but given its strange name there it looks like there is something in it. Whether this is just a fan little reference to the classic Pokemon games or whether it could appear in Pokemon Sword and Shield remains to be seen.

How to catch Missingno

Unless you’re going out your way to find the mysterious Pokemon, it is almost certain you won’t find it. 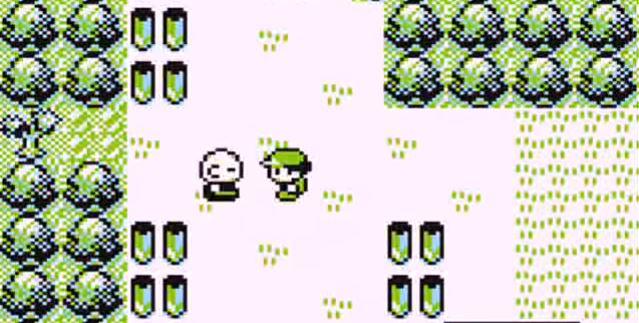 Pokemon players must talk to the “coffee man” in the North of Viridian City.

Missingno, short for “Missing number”, can be encountered by doing the following steps:

On top of capturing, simply entering into battle with it will multiply your 6th item by a large amount. This, of course, is very useful for items such as rare candy or master balls, unless you had Gameshark!

Missingno can appear in various forms but the most infamous is in a backward L-shape which looks like a bar-code.