Pokemon Go is one of the most popular games ever made, but the upcoming Harry Potter Wizards Unite game has the potential to overtake it.

Niantic to beat their own personal best?

Comparisons have been made between the two games because they share the same developer – Niantic.

Currently Niantic develop two games: Pokemon Go and Ingress Prime. The former is far more popular, essentially because of the Pokemon brand. While Ingress Prime does have a cult following, it pales in popularity comparatively.

What is Harry Potter Wizards Unite?

As per the official website: “Explore real-world neighbourhoods and cities to discover mysterious artifacts, learn to cast spells, and encounter legendary beasts and iconic characters along the way!”

In layman’s terms the game will run similarly to Pokemon Go whereby beasts and other enemies will replace the Pokemon you see on the screen.

Niantic have confirmed the game will release in 2019. With the game currently undergoing beta testing in New Zealand the release could be as soon as Q2 2019.

In March, the following footage of the game was released:

Much like Pokemon Go, Harry Potter WU is free to play. Although there are in-app purchases, the fact it is free to play will maximize the number of players that can enjoy it.

Story behind the game

Additionally, there is an actual premise behind the game. While Pokemon fans have had the concept of capturing Pokemon ingrained in them since the late 1990s, there is no real story it, at least in Pokemon Go.

Conversely, Harry Potter WU does offer a back story. The basic premise is that things from the wizarding world are appearing in the human world (muggle).

Specifically the says the following: “A calamity has befallen the wizarding world, causing artifacts, creatures, people, and even memories to mysteriously appear in the Muggle world.

“Witches and wizards from across the globe must come together to solve the mystery of The Calamity, overcome the confounding chaotic magic that surrounds these ‘Foundables,’ and return them to their rightful place, keeping them safe from Muggle eyes.” 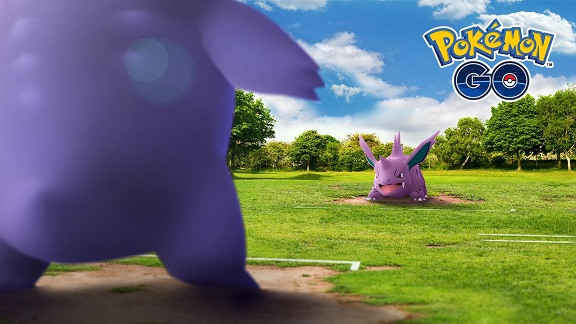 Pokemon Go is currently the most popular mobile game…

Pokemon Go was the first game to bring augmented reality to the forefront of gaming. However, this was back in 2016, now in 2019, technology has advanced.

It is these leaps that Harry Potter WU should be able to take advantage of. The game is already touted as a more complete and advanced version of Pokemon Go, whereby there are more elements to explore.

Furthermore, there have been clear advances in graphics also, which is evident from the short gameplay footage that has been released above.

The additional complexity of Harry Potter WU in comparison to Pokemon Go will serve Harry Potter fans well. However, it may not be as good for casual fans who are picking up the game for the first time.

This is one distinct advantage Pokemon Go does have, whereby virtually anyone can pick it up and understand the basic concept.

How this will play out and whether Wizards Unite can obtain the same popularity Pokemon Go has remains to be seen.