Pokemon fans have been on a research frenzy in an attempt to find out what else Pokemon Sword and Shield could entail. At the top of the rumor mill has been what the starter Pokemon, Grookey, Scorbunny and Sobble will evolve into.

The Pokemon Sword and Shield starter Pokemon have done exactly what was wanted of them – build speculation in order to hype the game.

We know their names, their types and what they look like. We even know some of their characteristics. Grookey seems to be mischievous and into its music. Scorbunny comes across as confident and inquisitive and finally, Sobble appears timid and shy. 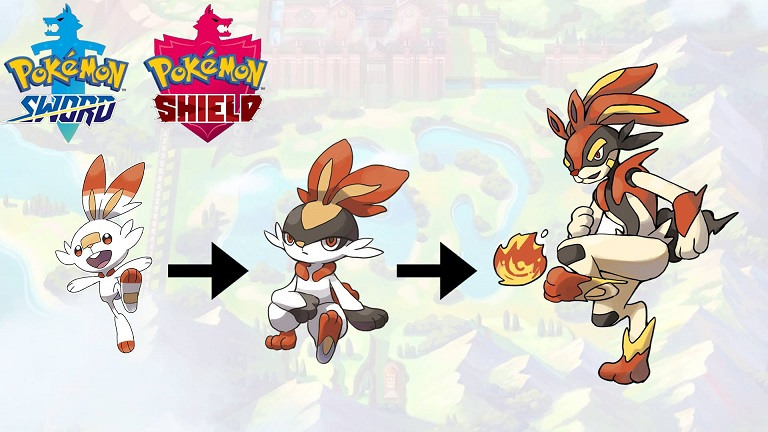 Will Scorbunny evolve into a super fast footballer?
[ad name=”article2″]

Just about every imaginable evolution for each of them has been designed at this point. Some are more believable than others and while most claim to be exactly what they are, fan art, some are apparent leaks.

One of those apparent leaks details each of their final evolutions and what types they are. A lot has been made of what each final evolved forms other type will be.

The general consensus seems to be that Pokemon fans are tired of repetitive dual-types for each generation’s starter Pokemon. Fire and fighting has been a much used combination throughout the Pokemon series.

Firstly, the content of this leak sounds believable and even detailed enough to give it some credence. However, it is pre-tensed with that it could well be fake as it is a secondary source. 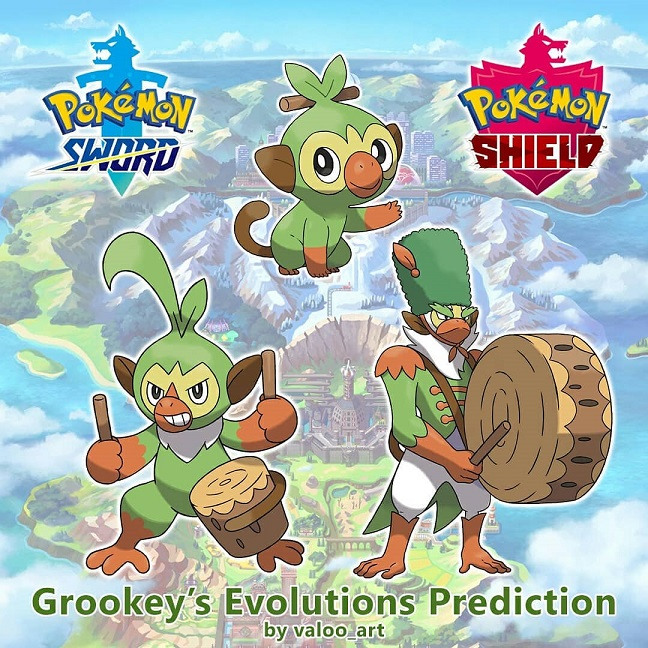 Grookey is rumored to evolve into a musician…

The leak does give those who want fresh types some encouragement. The details of each are below:

If these types are real then they provide dual-types not yet seen before from starter Pokemon in the entire series.

While they might no be all Pokemon fans’ cup of tea, they are at least a refreshing change. It would also be the first time that Pokemon had such a human-like connotation to them. So, a musician, footballer and actor – do these make you more excited for Pokemon Sword and Shield?