Team Rocket’s invasion on Pokemon Go might be about to get a little more serious as Giovanni has been seen at Pokemon Go Fest Yokohama.

The Team Rocket boss man has been tormenting trainers with photobombs alluding to his inevitable arrival. One lucky Pokemon Go Fest attendee shared his own encounter with Giovanni.

The renowned Pokemon bad guys were first seen at PokeStops on July 22, where they were stealing items and challenging trainers to battles. They were battling with Shadow Pokemon and leaving them behind if defeated. This led trainers needing to purify the Pokemon in order to save them.

This summer’s Pokemon Go Fest events had been teasing Team Rocket’s arrival, also. Grunts, much like Giovanni is now, were photobombing those who attended the Chicago event in June. Following that the Dortmund event, in July, teased the arrival of the villains further with hot-air balloons displaying the distinctive Team Rocket “R” logo.

Trainers suspected Giovanni might enter the Pokemon Go universe when the official Pokemon Go Twitter account tweeted: “We follow the villainous path of those before us—and we will succeed in finally bringing Giovanni’s vision to the world! If you insist on trying to disrupt our plans, we will make you feel a world of pain!”

We follow the villainous path of those before us—and we will succeed in finally bringing Giovanni’s vision to the world! If you insist on trying to disrupt our plans, we will make you feel a world of pain! – Team GO Rocket

However, this wasn’t actually Pokemon Go themselves but Team Rocket who decided to hijack the Twitter account for a few days. After some bizarre and ominous tweets, they relinquished control.

There have been other teases alluding to Giovanni, too. These were a little more subtle, however, and his appearance at Yokohama all but confirms his eventual arrival. 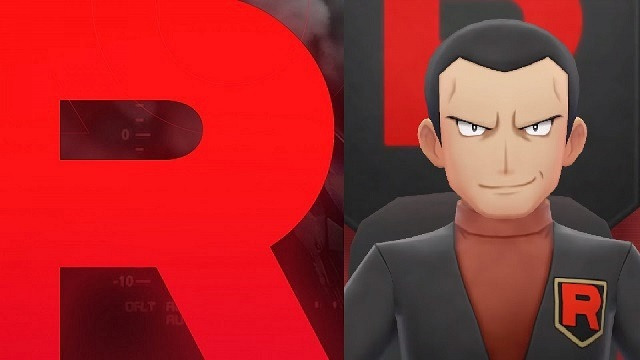 What will Giovanni do once he enters Pokemon Go?

What does Giovanni want?

As yet the iconic Giovanni’s intentions haven’t been made clear, although it is safe to assume they won’t be friendly. As Grunts have already targeted PokeStops, the next logical step is for Giovanni to overtake gyms.

If so, this will likely result in some form of battle with the man who was the Viridian City gym leader. We’ll have to wait and see what Niantic have up their sleeve for the event they have been building to all summer.