Ash, who has helmed the Pokemon franchise as its protagonist since the release of the first season in 1997 all the way to this year’s Sun and Moon series, has long been branded a league-loser in the popular anime.

The newly crowned Alolan champion has had a rough run of it since entering his first official tournament system in Kanto in 1999. The forever-young hero secured a host of top-eight placement across his career, and finished as runner-up in Kalos in 2016.

The momentous occasion, more than 22 years in the making, sparked congratulations from the series’ fans across the internet, including Ash’s former voice actor Veronica Taylor.

“Congratulations to Ash Ketchum on winning the Pokémon League from Ash’s ‘younger’ self, circa 1998…” she tweeted. “Hard work, determination, good friends, and a bit of luck pay off!”

Congratulations to Ash Ketchum on winning the Pokémon League from Ash’s ‘younger’ self, circa 1998…yup, hard work, determination, good friends, and a bit of luck pay off! #pokemon #ashketchum #winning pic.twitter.com/JhgRcGJBEy

There are also fans that have claimed Ash already had two title victories under his belt – the Orange Islands and Battle Frontier. However, many fans have argued the first win was not in an official region, and the BF victory was during a ‘challenge’, not a league.

What makes Ketchum’s championship all the sweeter for the series protagonist is the fact that Alola had never hosted a league before, meaning his title will forever be the first in the region.

Just to be clear & not have anyone confused; Ash won “A” #Pokémon League; not “The” Pokémon League. There’s no such thing as THE Pokémon League since each Region has their own League. Orange Island and Battle Frontier don’t count; Orange is not a region and BF was a Challenge. pic.twitter.com/A9H9xZp4oi

The win in Alola could also be a bittersweet one for Ash Ketchum fans. There were already rumors that the long-standing main character would be departing ahead of a reboot season for the franchise.

Considering the 23rd season of the anime has been announced to cover every region in the history of the series, and is reverting to the first season’s logo, it’s more than likely the writers decided it was time to wrap up Ash’s storyline with a bow, or a title, on top. 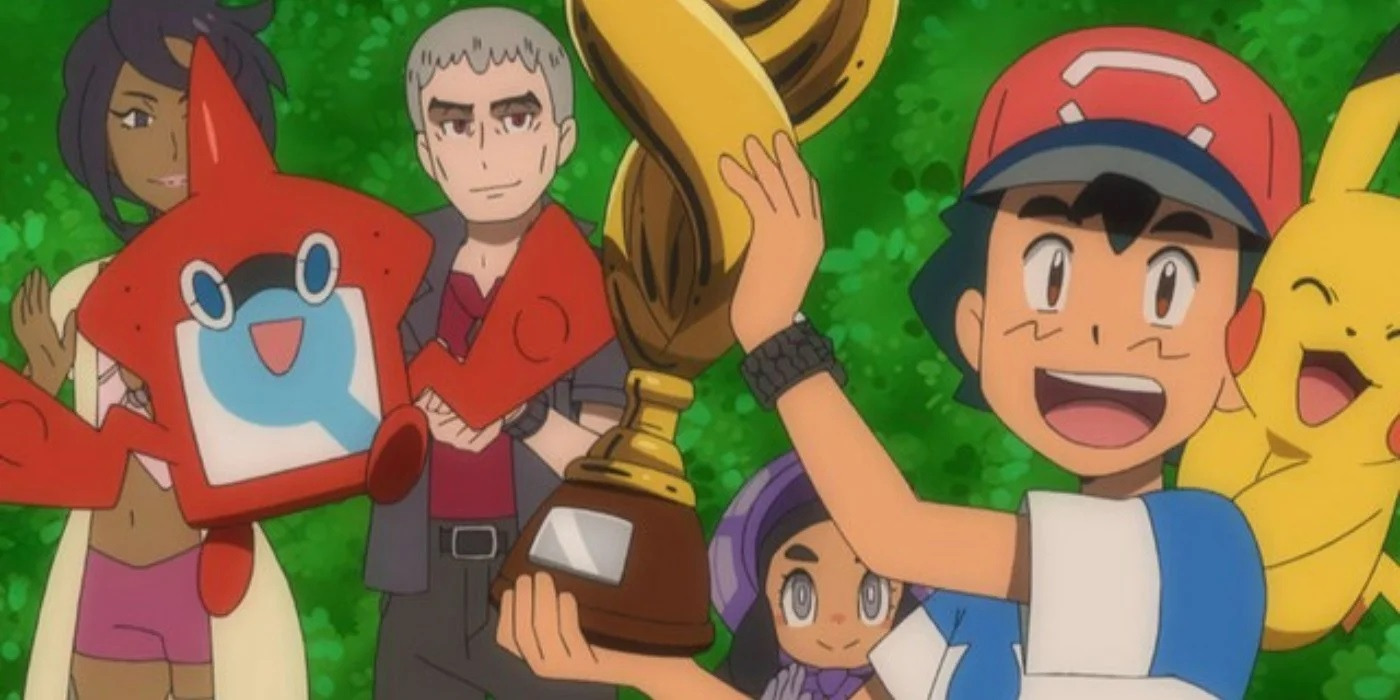 Ash Ketchum has been chasing a Pokemon League title since his first attempt in 1999.
[ad name=”article5″]

Regardless of whether this is the end for Ketchum or not, it’s the end of the road for one of the longest title droughts streaks in competitive sport.

The real-life history books may not remember Ash’s pains as he chased a championship, from a mediocre top 16 finish in Kanto, to the heartbreaking top 2 in Kalos, but it’s something Pokemon fans will likely be talking about for years to come.