With the announcement of Pokémon Sword and Shield in late February, fans scrambled to argue which starter is the best; but cosplayers are showing off their faves in a completely different way.

While Pokémon might be a collection of literal pocket monsters, cosplayers aren’t missing their chance to dress up as the creatures – most notably, Sword and Shield’s starter Pokémon, Scorbunny, Sobble, and Grookey.

Although the title doesn’t release until late 2019, cosplayers have already outdone themselves in the costuming department, crafting some intricate versions of the game’s adorable starting Pokémon.

We’ve gathered just a few of the best Sword and Shield cosplay below. Which one is your favorite? 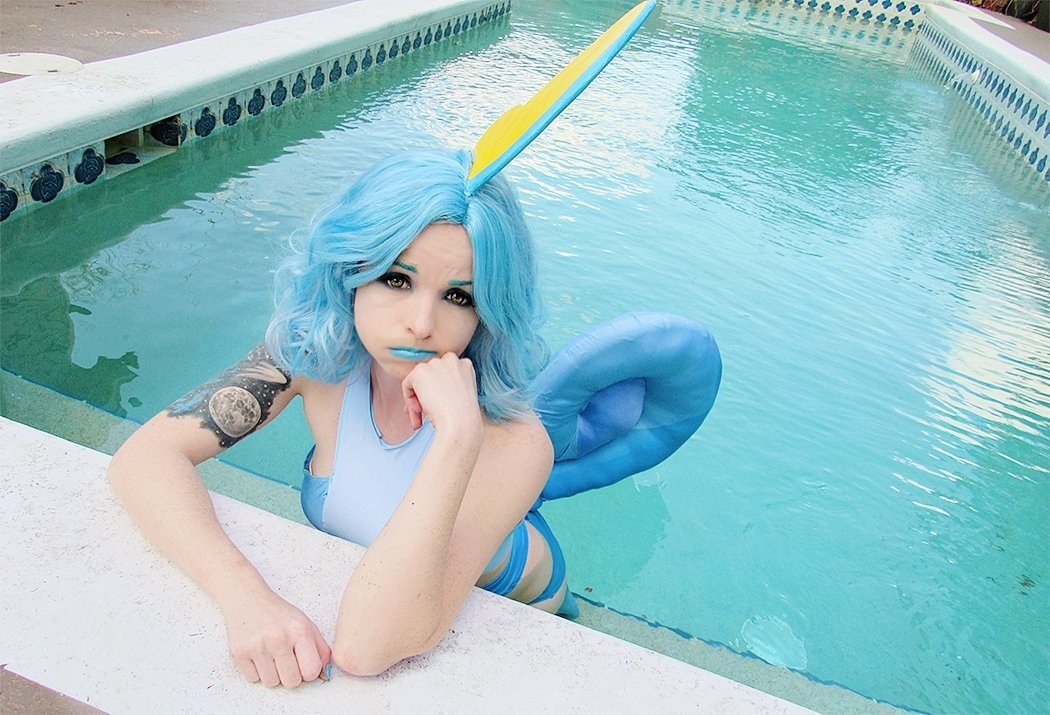 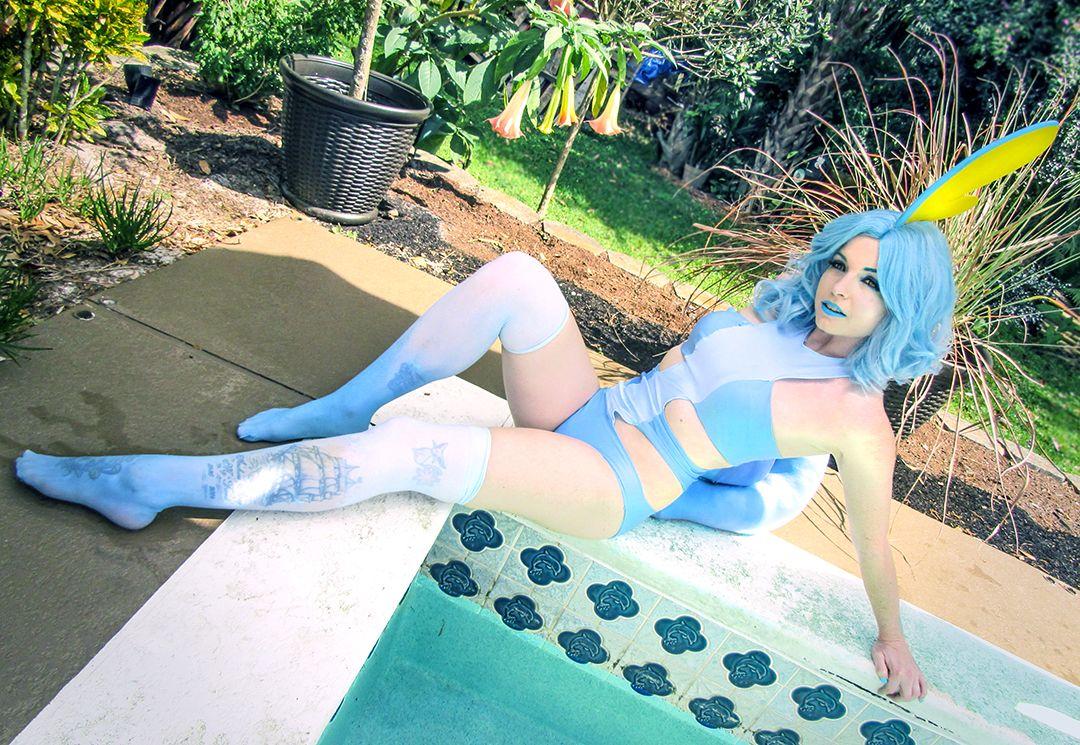 Sword and Shield’s water starter, Sobble, is already inspiring hilarious memes across the internet due to its humorous, open-mouthed expression. Now, the Pokémon sports a unique cosplay all its own, thanks to costumer ‘Brieowth’s’ take on the character.

Brieowth created her costume in less than 24 hours, including dying all the fabrics. That’s not all; Brieowth even mad Sobble’s tail buoyant, so as to better navigate the water during her photoshoot at the pool. 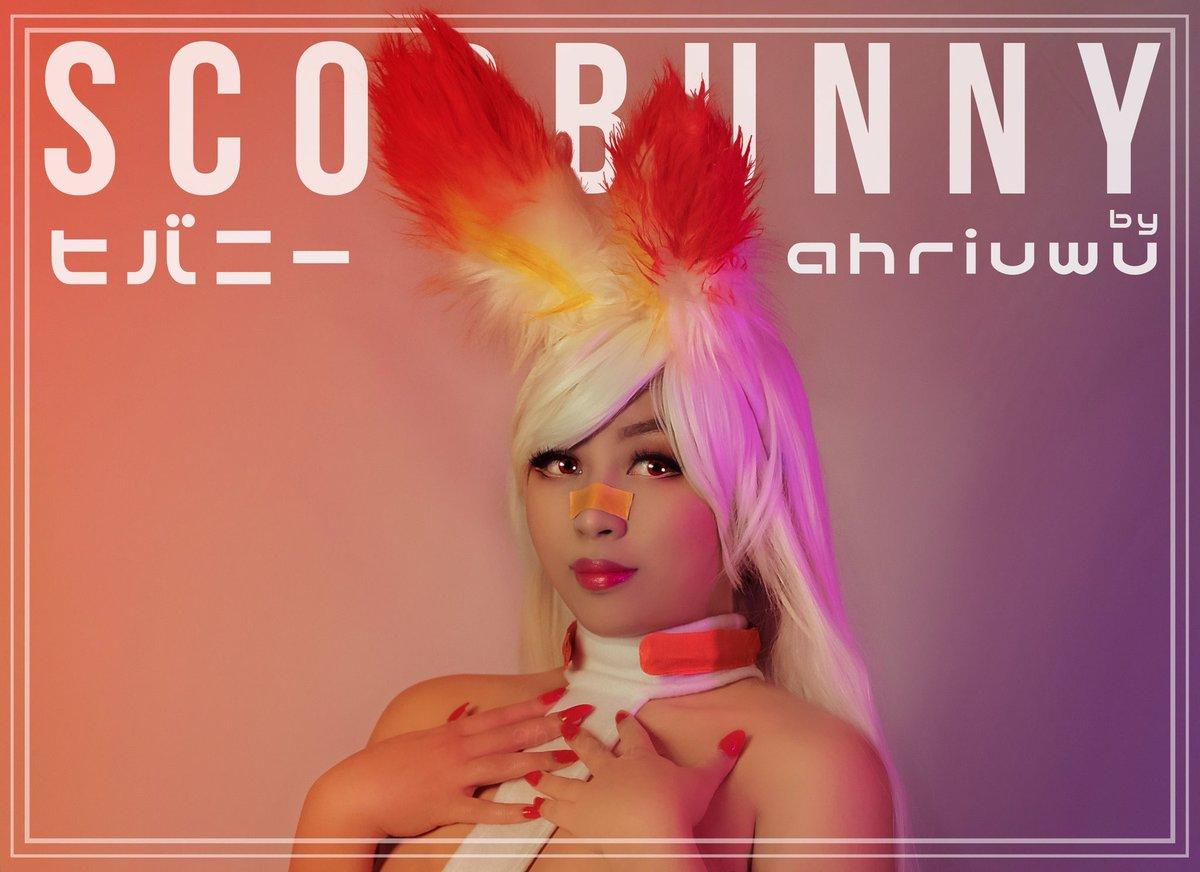 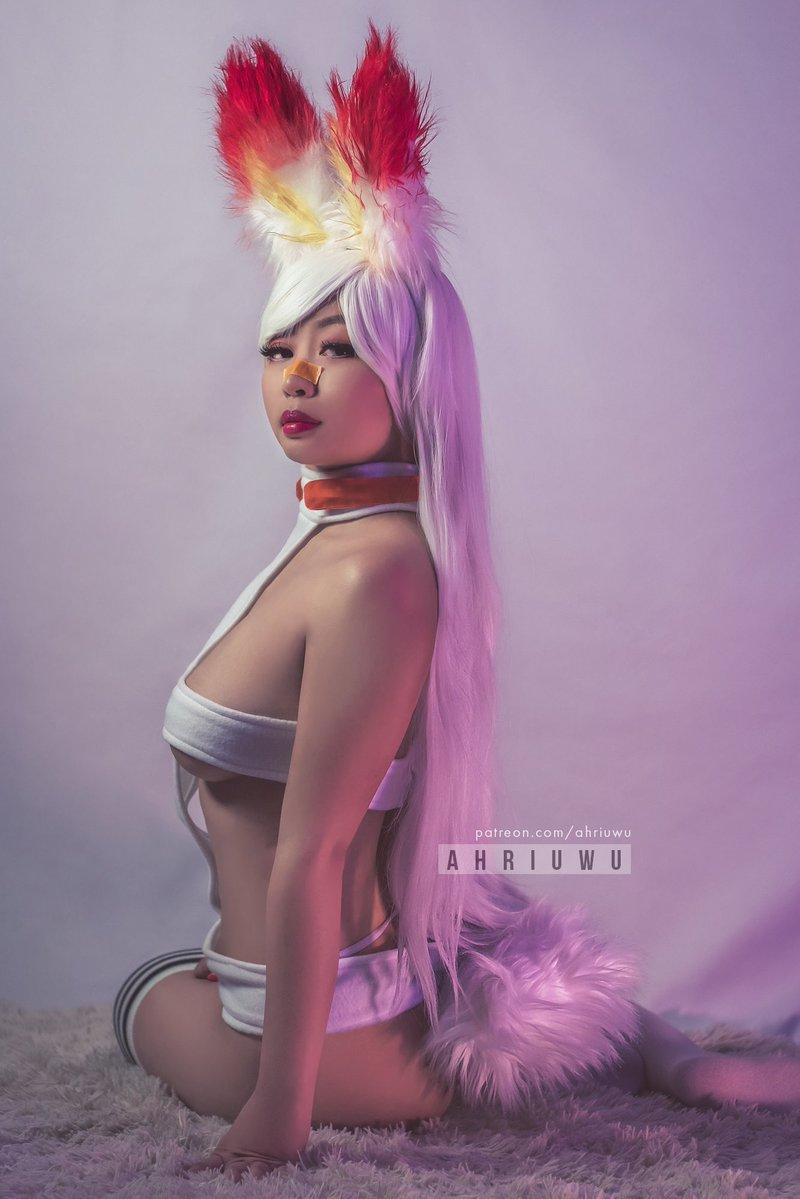 While fans have speculated what Sword and Shield’s fire starter will end up looking like by its final evolution, they’re already in love with its beginning state – which cosplayer ‘Ahri’ paid striking homage to in her cosplay of the rabbit-like creature.

Ahri created the starter’s fluffy bunny ears, a bodysuit, and even a matching collar to go with the ensemble, giving the character a risque interpretation that was likewise done by cosplayer Jessica Nigri. 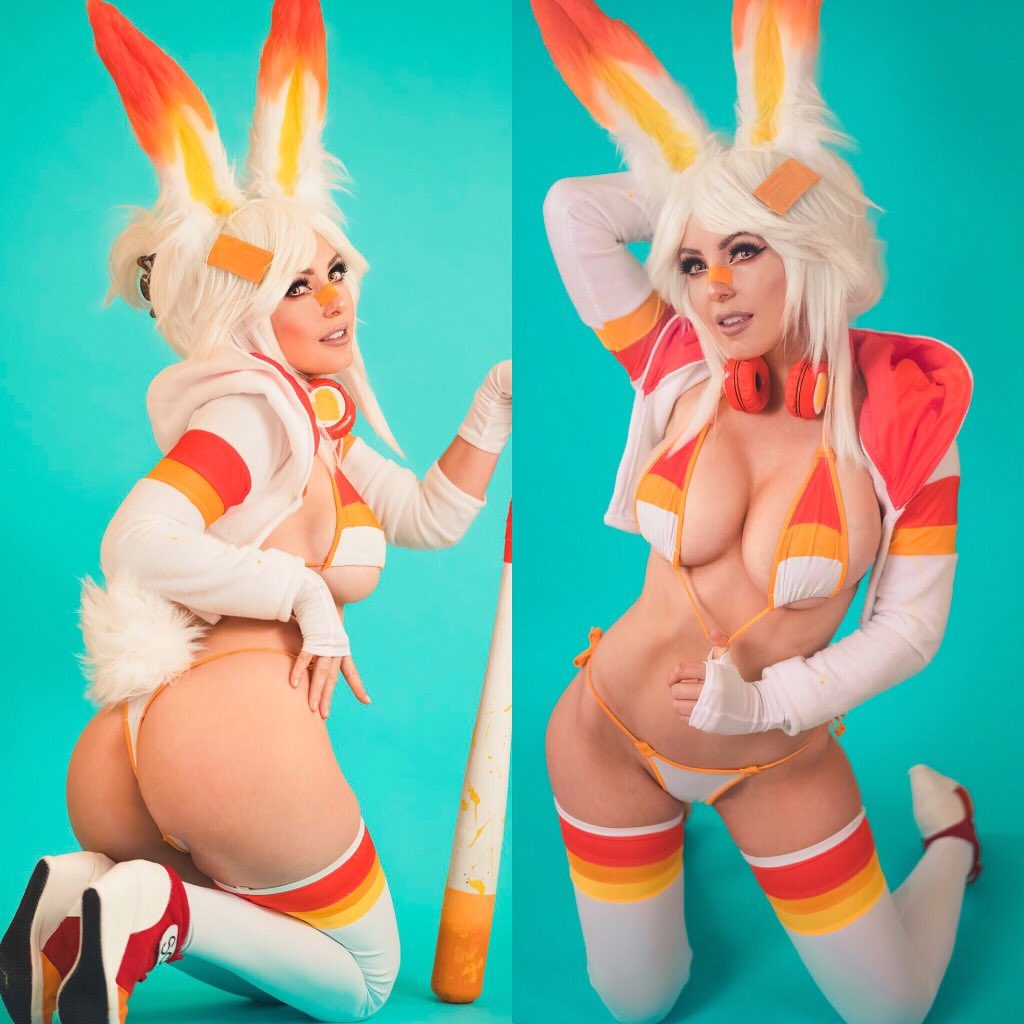 Although many fans speculate that Scorbunny will end up being a fire/fighting type Pokémon, Jessica Nigri’s take on the starter seems to bring this theory to the forefront, adding an orange and white baseball bat to the mix should things turn violent.

Nigri likewise added a short hoodie and a pair of headphones, giving the outfit a casual, eye-catching flair. 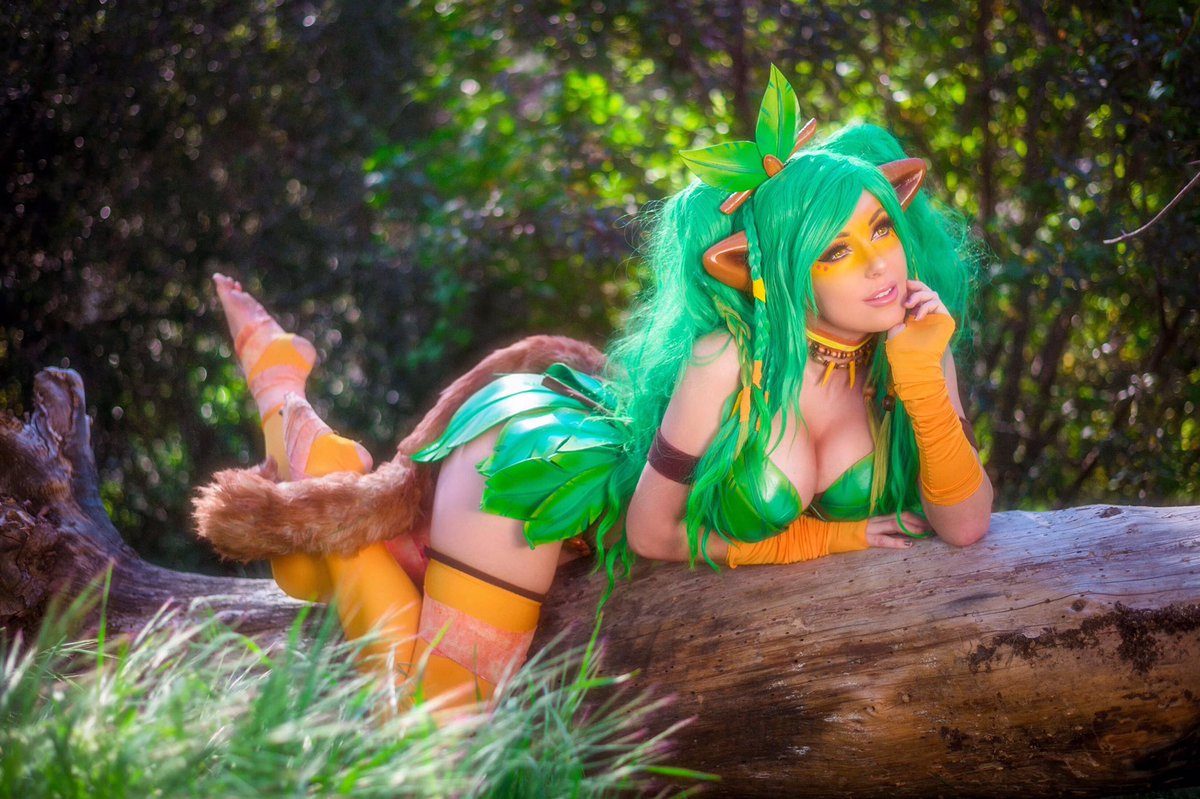 Scorbunny isn’t the only starter that Nigri has cosplayed, either; in fact, she likewise created a rendition of Sword and Shield’s grass-type starter, Grookey.

Complete with a furry tail, a grass skirt, and cute monkey ears, Nigri truly looks the part – but fans are already wondering when her Sobble will be released to complete the trio. 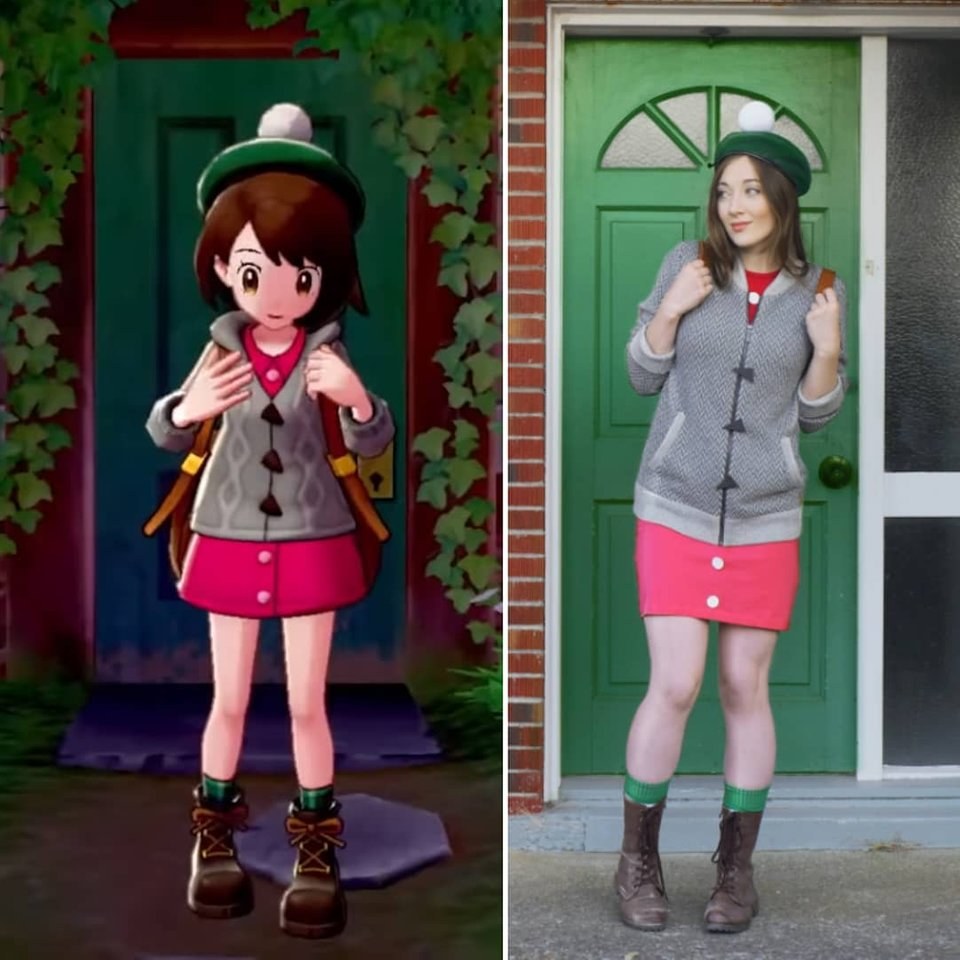 Of course, you can’t have a Pokémon game without a trainer – which cosplayer Lola V has made sure to provide, with her strikingly accurate take on Sword and Shield’s female trainer.

While plenty of fans have penned the character as a confrontational Glaswegian local, Lola V has apparently toned down this stereotype – although there’s no telling how the trainer’s personality will pan out in the future, as most trainers in the series tend to be the “strong, silent type.”

Pokémon Sword and Shield is set to release in late 2019, and introduces an entirely new region inspired by the United Kingdom.

With three new starters and a slew of possibilities ahead, fans can’t wait to get their hands on the upcoming title – but this cosplay should whet their appetites, for now.