Popular YouTube Colin Furze has created an actual, real-life working RIP-Tire from Overwatch in his garage using a chainsaw motor and a spare tire.

Junkrat’s RIP-Tire is one of the most recognizable weapons/abilities in Overwatch, so much so that anytime players hear “Fire in the hole!” they know to run for the nearest cover and pray that they’re not on the rat’s list.

Furze has over eight million subscribers on YouTube for his wild invention videos that keep some fans wondering how the man still has all ten fingers attached.

For his latest project, Furze partnered with Blizzard to build a fully-functioning, remote-controlled two-stroke Junkrat Tire that even has the power to bust through a fence. 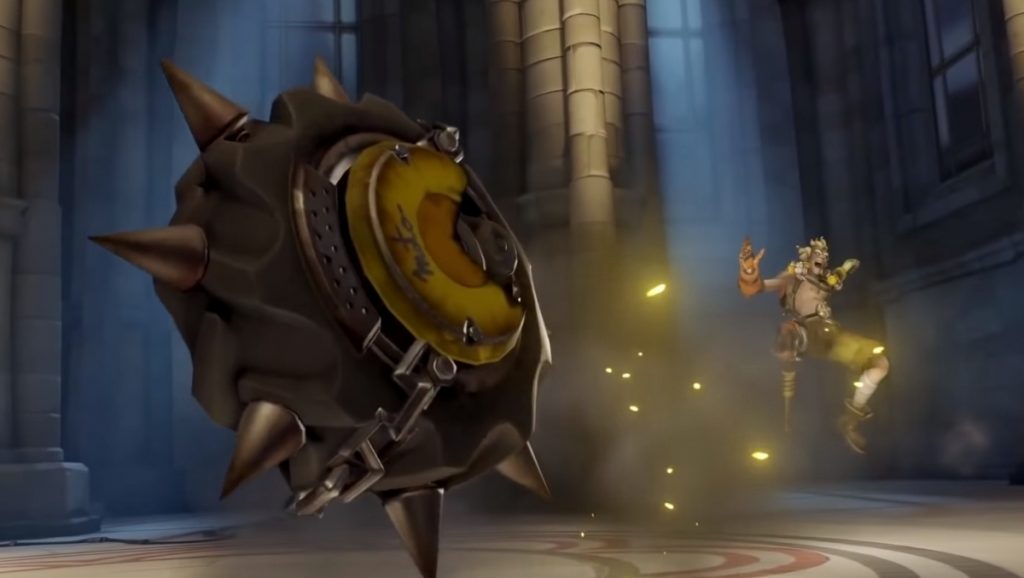 Every Overwatch player knows and fears the sound of this image.

The closest humanity has come to a real RIP-Tire.

Furze used a chainsaw engine to power the Tire since it came with a pull-cord start, just like the ability is supposed to.

After stripping down the motor and figuring out how to propel the infernal creation, he takes some sheet metal, a laser cutter and a little time to assemble Junkrat’s ultimate.

The YouTuber rigs a way to remote control the Tire as well, since it probably wouldn’t be a great idea to just let it go on its own even if this version doesn’t explode.

As with all RIP Tires, Furze’s IRL creation seemed thirsty for destruction and took out a poor innocent spray paint can on its first voyage.

A proper Overwatch paint job, some spikes and a stabilizer bar to keep it upright made the Tire complete before it was unleashed on the outside world.

On the endless quest for destruction and chaos that all RIP Tires share, the thing even busts through a wooden fence in Furze’s backyard.

The YouTuber did not make the RIP-Tire able to bunny hop, nor did he rig it to explode, but he did hint at another, more powerful project in the works.

“Its good but I think we can go bigger on power and destruction so stay tuned for more,” he wrote in the video’s description.

Only time will tell whether Furze’s next Overwatch creation is actually a self-destructible RIP-Tire or something else completely, but based on this invention it should be plenty crazy.