After Felix ‘xQc’ Lengyel made Team Canada’s Overwatch World Cup roster, the Reinhardt main has proven he’s still ‘got it’ after executing an epic quintuple kill play during his Twitch stream.

On July 29, it was announced that xQc made the cut for Team Canada’s roster as one of their tanks. The Reinhardt main has previously competed in past OWWCs, and is considered one of the best tank players in the world.

However, the Canadian has spent the last year focusing on his successful Twitch streams, before announcing his plans to return competitively. During an August 23 broadcast, the Overwatch pro proved that he’s still got it after pulling off an insane play.

The pro was playing Overwatch on August 23, when he faced off against latest tank hero Sigma while playing Winston. After getting pushed back, he switched to his main Reinhardt after his teammates asked him to.

The Canadian was pushing his team through the final capture point on the Eichenwalde map, when he pulled off an insane play that sent the other team to their destruction. 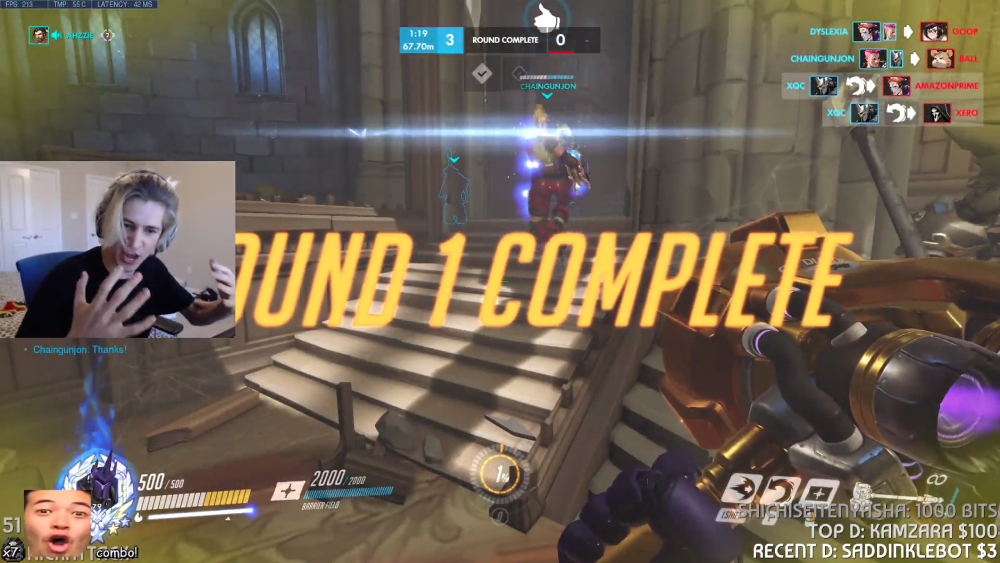 As both teams clashed in a final push, xQc managed to pop off Reinhardt’s ultimate ‘Earthshatter’ which sent the entire opposing team to the ground.

He then followed it up with a ‘Fire Strike’ to land a double kill. The perfectly timed move also set up his team for a quintuple kill which gave them the victory.

xQc exhaled after the intense skirmish and with adrenaline he beat his chest and screamed in excitement after his team secured the victory.

“I still got it! I still got the juice! I still got it!” he yelled, leaning into his camera as he boasted for his stream, proving that he’s more than ready to return to the competitive Overwatch scene.

The Overwatch World Cup 2019 will take place on Friday November 1 in Anaheim, CA and ends November 2. Time will tell if Team Canada will take it all, but from the looks of it, xQc is ready to compete.