What’s the most damage you can do in Overwatch? - Dexerto
Overwatch

What’s the most damage you can do in Overwatch?

One Overwatch player has managed to do more damage with one shot than most players can achieve in an entire game.

That amount of DPS is certainly reachable in some situations over entire games, but for a single shot of Deadeye, it’s pretty ridiculous.

The red Roadhog stood no chance and promptly got deleted by over 16,000 damage, an absurd amount for a single instance – but pete still wondered if there was a way to do more.

As it turns out, with a little help from the Reddit hive mind, they discovered a way to increase the damage done with Deadeye by more than 100%.

Each side has its Baptiste team (5 red, 4 blue) stack their ultimates in an X in the middle, with the blue Zenyatta putting a Discord Orb on McCree.

Then, red McCree uses his ultimate, which goes through all of the Baptiste ults to the blue Genji, who deflects it back through the stack to deal more than 34,000 damage to the gunslinger.

Could you ever pull this off in a game? Probably not, but since there are six heroes on each side, it improves from completely impossible to extremely unlikely. 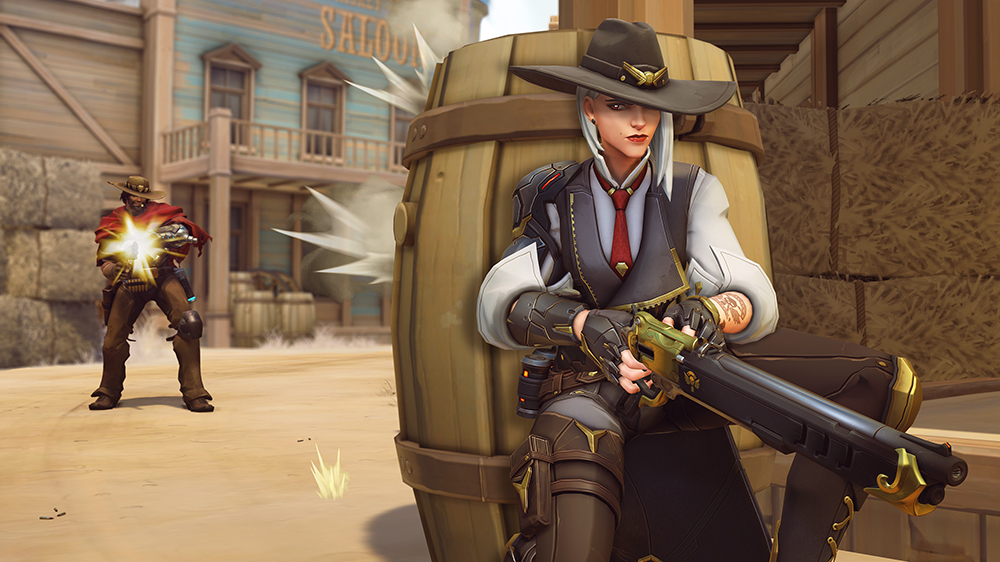 The only way to acheive the most damage was to send McCree’s ultimate back at him.

There was plenty of discussion on the latest clip of how to possibly increase the damage even more, but zhpete said they believed they had the max available.

“As far as I know this is the highest possible single instance of damage,” they explained. “Bap windows each add 100% damage and can stack, which is more than any other damage boost. Zen discord orb makes the target receive an extra 25% of the total amplified damage, so 1.25 x 500% = 625% which is greater than 600% from 5 windows.”

Whether or not even more damage can be inflicted than this remains to be seen, but so far this is a good candidate for the most damage done with a single shot in Overwatch history.