Overwatch’s latest gunslinger Ashe has been the focus of a lot of great fan art since she was released, and now one fan has made an amazing skin concept for Ashe and B.O.B. that gives the Omnic Butler an awesome disguise.

B.O.B. is Ashe’s ultimate ability who charges in then acts as a super powerful turret, and definitely rivals the hero herself in terms of popularity with fans.

After Ashe’s golden weapons were revealed when the hero made it to PTR, fans even successfully petitioned Blizzard to include B.O.B. in the golden weapons set.

The “Hunter Ashe” skins were made by game concept artist Jack ‘millionart’ Frost, and the highlight of the concept is definitely B.O.B.’s awesome bear disguise.

Millionart said they always thought B.O.B.’s melee animation, when he’s first called into battle, reminded them of a bear so they decided to design him “dressed as a bear and his master poacher Ashe.”

Bear B.O.B. would probably be even more terrifying to see charging at you than he already is during an Overwatch match. 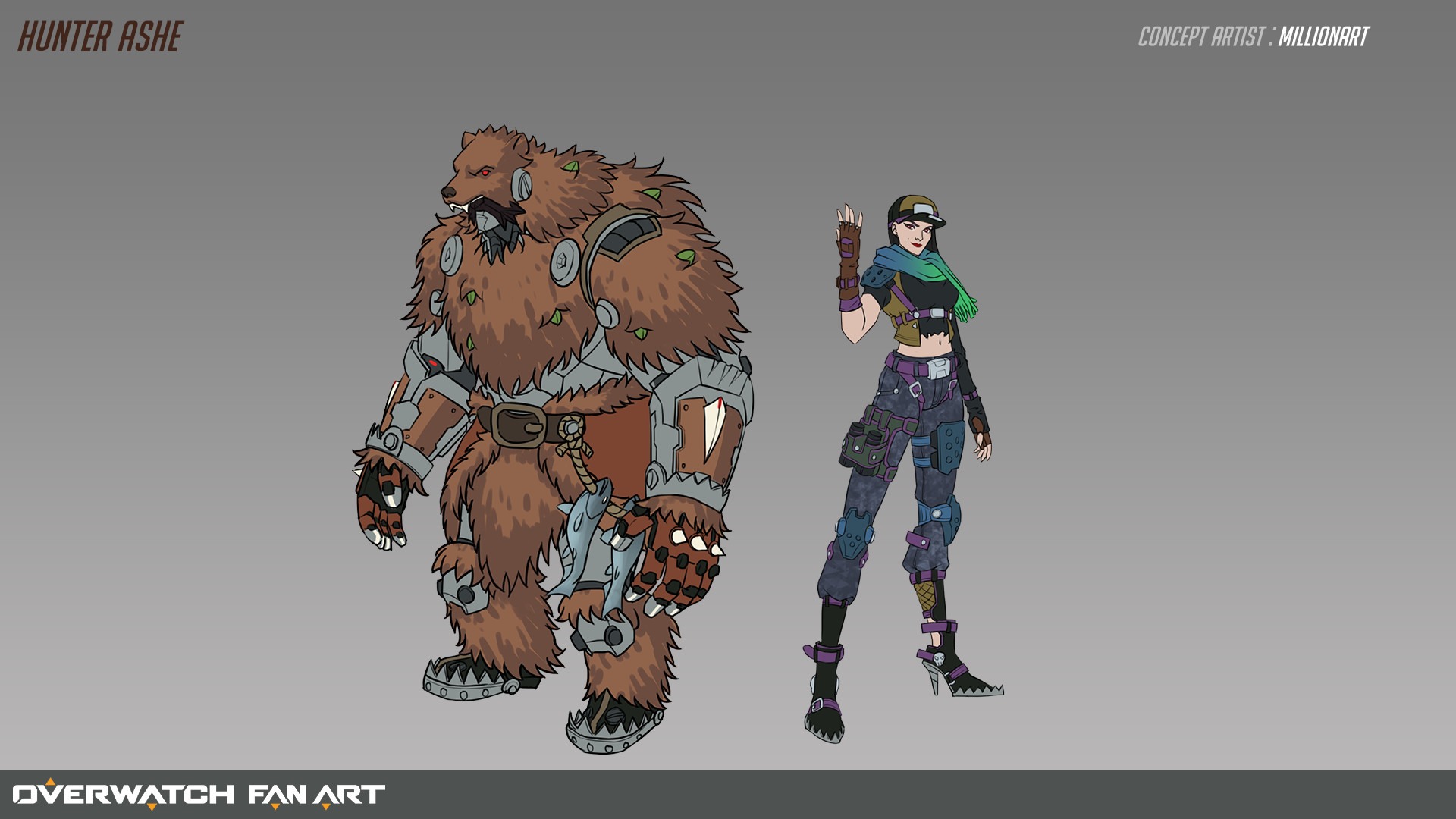 Ashe’s skin looks good too, as the artist gave her a stylized approach reminiscent of someone’s rival in the latest Pokemon game.

The pair got a skin during the most recent Overwatch event, Winter Wonderland, and team skins for all the expansion Overwatch League teams were just released for all heroes.

Still, this awesome concept proves without a doubt that B.O.B. needs to start getting more attention when it comes to Ashe skins.