Overwatch doesn’t have any Canadian heroes yet, so one fan took it upon themselves to give McCree a skin that would make him fit right in the Great White North.

The skin concept was posted to Twitter by Overwatch fan and artist x0mbi3s, who also detailed steps involved in making this awesome concept on their timeline.

The concept itself is filled with all kinds of awesome detail, like tiny little maple leaves hidden in the engravings on McCree’s robot arm.

He’s also been given a Mountie hat along with the appropriate red jacket to make him look like a true Canadian law enforcement officer, ready to catch a maple syrup thief or beaver poacher.

The best part of this whole skin might be the belt buckle, which has been remade to say “EH!” reflecting the unique dialect of the Canadian provinces. 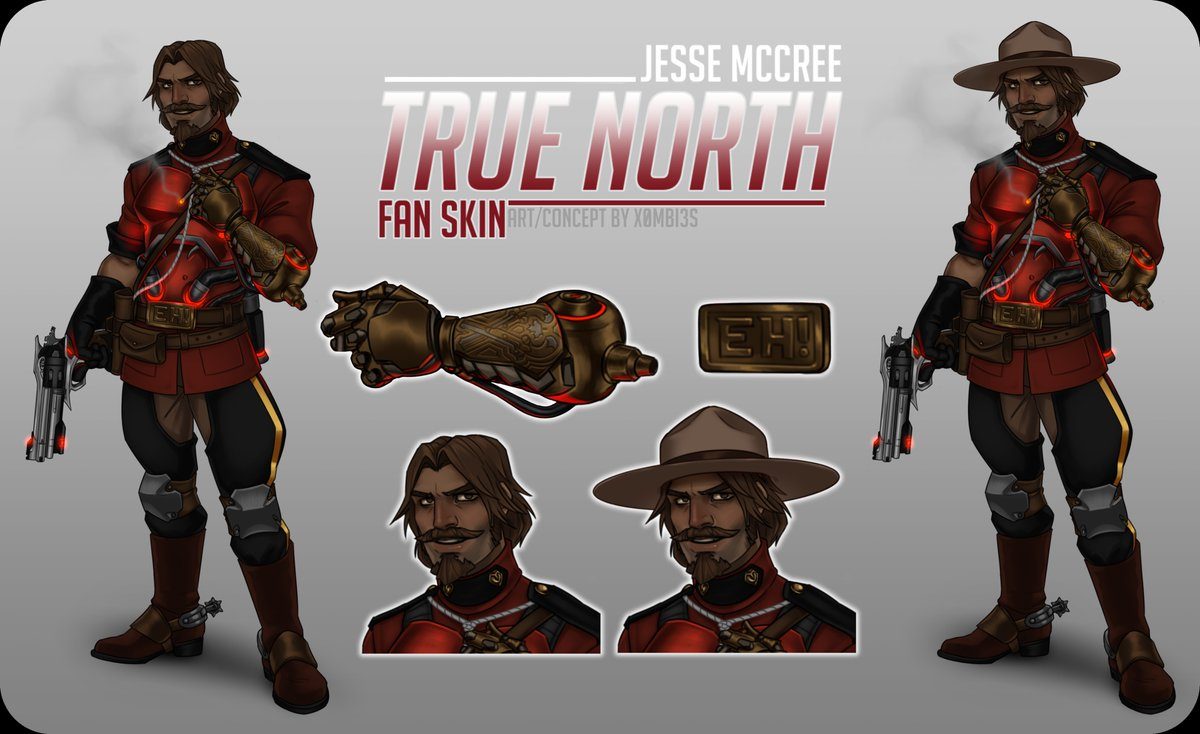 McCree recently got a new “Undead” in-game skin with the Halloween Terror event that has proved pretty popular with fans.

Hopefully x0mbi3s keeps making awesome art like this because this McCree skin is one of the funniest Overwatch fan creations yet.