October has seen a ton of great Overwatch art from the fan community already, and this latest skin from Twitter user Red_Masca continues that trend with a skin for Tracer that looks good enough for this year’s Winter Wonderland Event.

Red posted the ‘Lightspeed’ concept to his Twitter account over the weekend, and it gives Tracer a blue color scheme and white hair that would fit in perfectly as an Overwatch Winter Wonderland skin.

She also gets fur added to her uniform, which adds to the wintery feel of this skin and makes it looks like Tracer is getting ready for a trip to Ecopoint Antartica.

Tracer already has her “Jingle” Winter Wonderland skin, but fans probably wouldn’t mind if she got another this year, especially if it looks as good as Red’s creation.

Red has created a few Overwatch concept skins recently, including one for D.Va that’s perfect for Halloween and an awesome take on Genji. 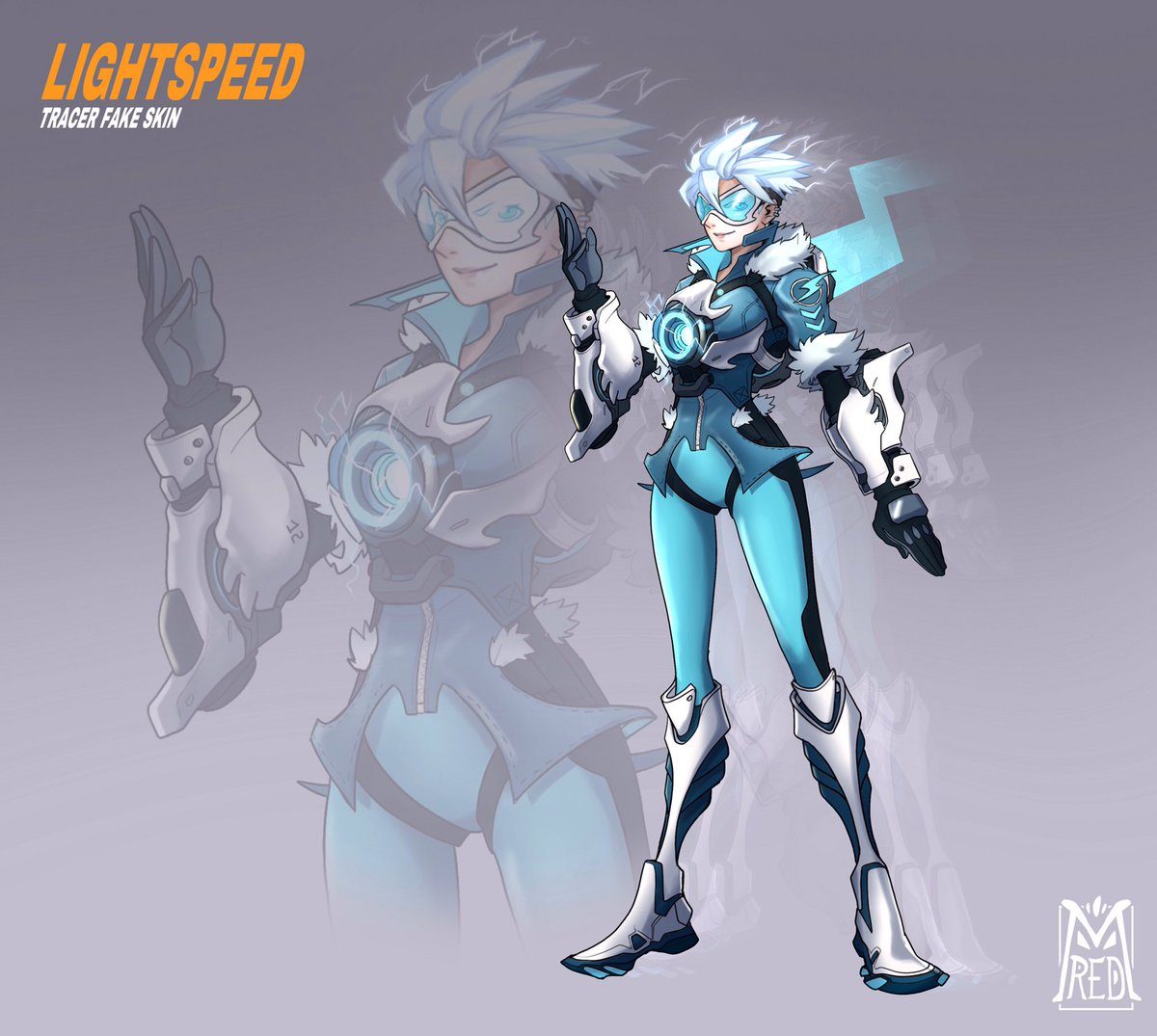 Even though fans may not end up seeing this skin become official anytime soon, an image from the Blizzard Gear store may have recently leaked a new Winter Wonderland skin for Junkrat.