The latest piece of impressive Overwatch concept art from artist and fan of the game Antonio Demico takes Tracer and reimagines her as a Victorian-era Time Traveler à la H.G. Wells.

Demico said on Twitter he wanted to create “a Tracer skin with longer hair, so one thing led to another and I ended up with a Victorian steampunk-ish Time Traveler Tracer!”

Technically this skin does have longer hair than Tracer’s usually sports, and the combination of gold and wood textures along with inset old-fashioned clocks and a particularly British outfit really captures that steampunk style Demico was aiming for.

On Twitter, Demico said he thought the skin could be used as a Halloween skin, but this concept is so good it could probably just be a regular in-game skin, available year-round.

There are even tiny gears visible in Tracer’s chest mechanism if you look close enough, just another detail that makes this illustration and idea overall so impressive. 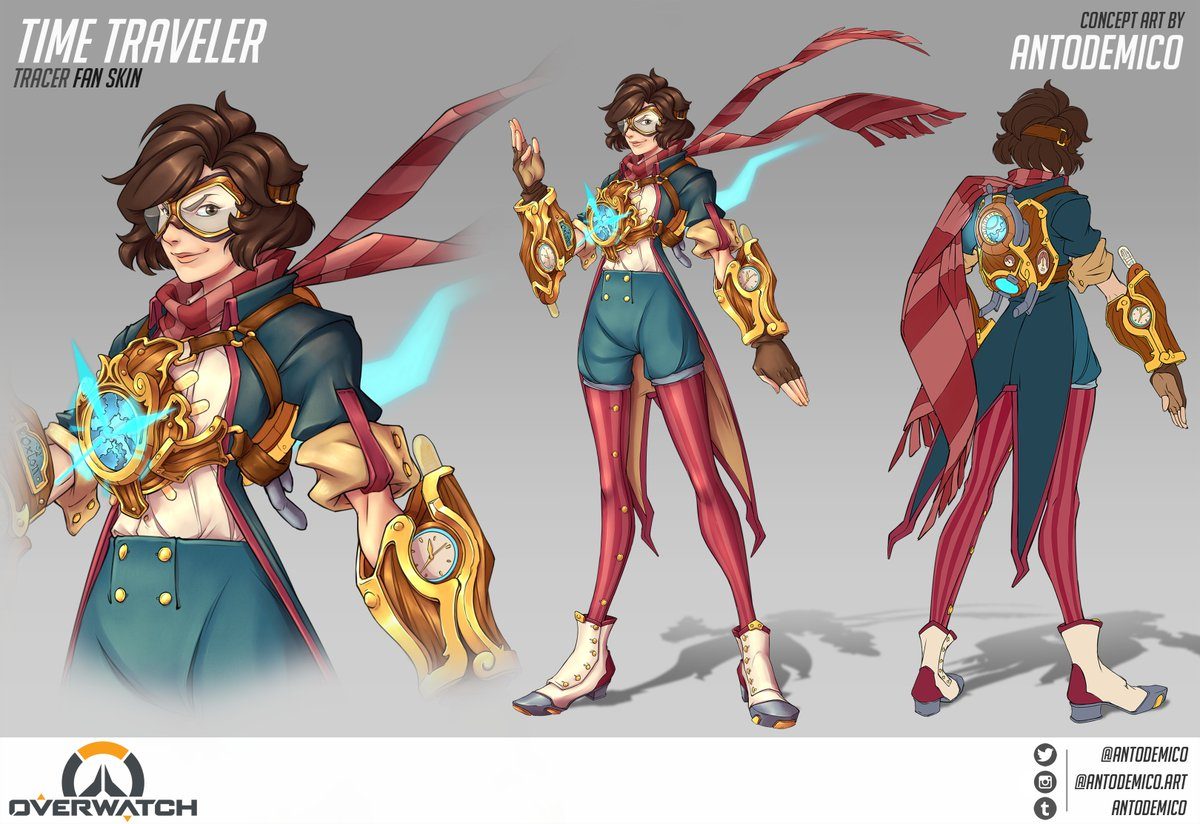 Demico has created a ton of awesome Overwatch art before, like an awesome Plague Doctor skin concept for Ana that would fit perfectly into Overwatch’s Halloween Terror event.

From the looks of things, it doesn’t seem like Demico will stop making his impressive original Overwatch creations anytime soon, which is definitely good news for fans.