This simple change would make Zenyatta much more flexible in Overwatch

One creative Overwatch player has used the Workshop to give Zenyatta a very fitting passive ability that actually increases his mobility quite a bit.

Zenyatta is a support hero in Overwatch and instead of walking, he floats silently and gracefully across the ground.

Unlike other heroes, Zenyatta doesn’t really have a passive ability so Overwatch player MustachioEquestrian gave him a very fitting ability that would acutally make flanking with Zen a viable option. 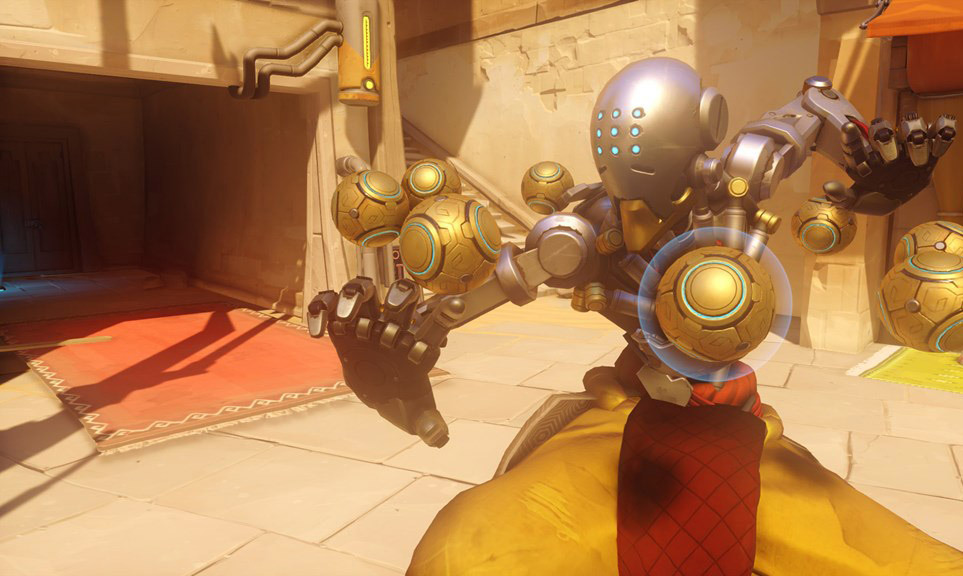 Mustachio’s new ability for Zen is vert appropriate, as it allows him to float, higher than he normally does, for a few seconds, kind of like Princess Peach’s Parasol ability from Super Smash Bros.

By holding jump, Zenyatta can float high in the air for up to two seconds. He doesn’t have to be over the ground either and can use the ability over pits and other inaccessible areas.

As Mustachio demonstrates Zenyatta can use his new passive to get into some places he wouldn’t be able to otherwise and pull off some crazy flanks. It’s not enough to get around the right flank on Volskaya however.

Besides allowing Zen to get to more flanks, constantly switching between floating and not could also increase his survivability by making him harder to hit during fights.

For players interested in trying out Zenyatta’s “new” passive, the code is: ZXY53.

The Workshop: best thing to come to Overwatch?

Overwatch’s Workshop was introduced on April 24 and since then players have come up with an almost endless amount of awesome mods for the game.

Things like CS:GO, Rainbow 6 Siege for Widowmaker and even aim training programs have been made by creative Overwatch players already.

The Workshop is still on the PTR for the moment, so it’s only available to PC players, but it should be going live for console players as well before too long.