Shroud explains how Blizzard should deal with smurfs in Overwatch

Popular streamer Michael ‘shroud’ Grzesiek has a suggestion for how Blizzard can deal with smurfs in Overwatch.

The former CS:GO pro is most commonly found streaming battle royale games like PUBG and Apex Legends, but recently he’s been trying his hand at Blizzard’s popular FPS Overwatch.

Like most competitive games, Overwatch sees its fair share of ‘smurfs’, and when asked his opinion on the matter of smurfing, shroud have his thoughts on how Blizzard could quickly reduce the number of players resorting to it.

‘Smurfing’ is when a player creates a secondary account with the intention of playing at a lower rank than their main, resulting in easier games for the smurf, and an unfairly difficult opponent for players on the opposite team.

Shroud argues that one of the main reasons for smurfing is simply that higher-ranked players can’t always play with their friends, unless those friends are themselves among the game’s higher ranks. 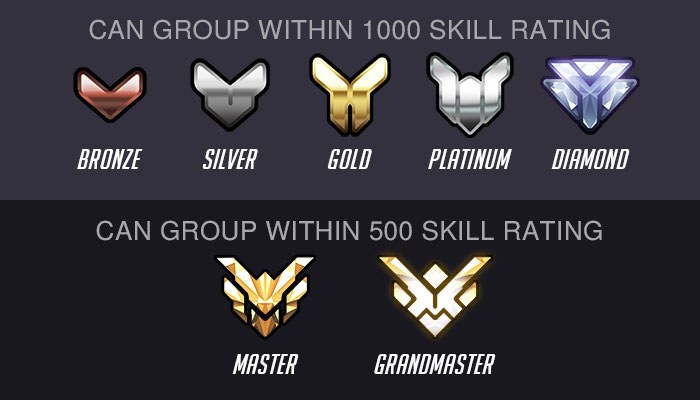 Overwatch, like many games with a ranked system, places restrictions on the maximum gap between the ranks in a party. Players between Bronze and Diamond can queue up with groups within 1000 skill rating, while Master and Grandmaster players must be within 500 skill rating of their groups.

The result is that players who want a competitive experience alongside friends who are outside of those boundaries may feel they have no choice but to create a ‘smurf’ account to play on. Shroud states that removing those restrictions would quickly stop many players from smurfing.

“It sucks because the main reason why smurfing exists is because there’s a gap, and you’re not allowed to play with friends if you’re too high ranked. All you have to do is make it so you can play with whoever at any rank, and you’re fine.”

While Blizzard do have strict rules against boosting – when a high-skilled player is paid to rank up another player’s account, either by account sharing or queueing alongside them – they don’t have any rules against smurfing itself.

There’s no rule stating that a player cannot have multiple accounts, and Blizzard have said in the past that they’re confident in the matchmaking system to quickly assign players an accurate ranking, assuming they play to their ability. Failure to play properly in attempts to drop down the ranks would be covered by rules against griefing or throwing.

Blizzard have given no hints that they plan on lifting the group restrictions for ranked play, but the implementation of role queue, which will give players separate ranks for each role, should help reduce the instances of high-ranked players using different accounts to work on off-roles, which can effectively become smurfs if they decide to switch to their main heroes.