The San Francisco Shock have started to reveal some of their new skins for the 2020 Overwatch League season after rolling out a slight rebrand earlier in the week.

San Francisco had a pretty decent run in the Overwatch League for 2019, considering they walked away as champions after winning the Grand Finals.

But even after a successful 2019, the team has decided to slightly rebrand, and while it might not be as drastic as Florida or the Valiant’s offseason transformations, it doesn’t look half bad. 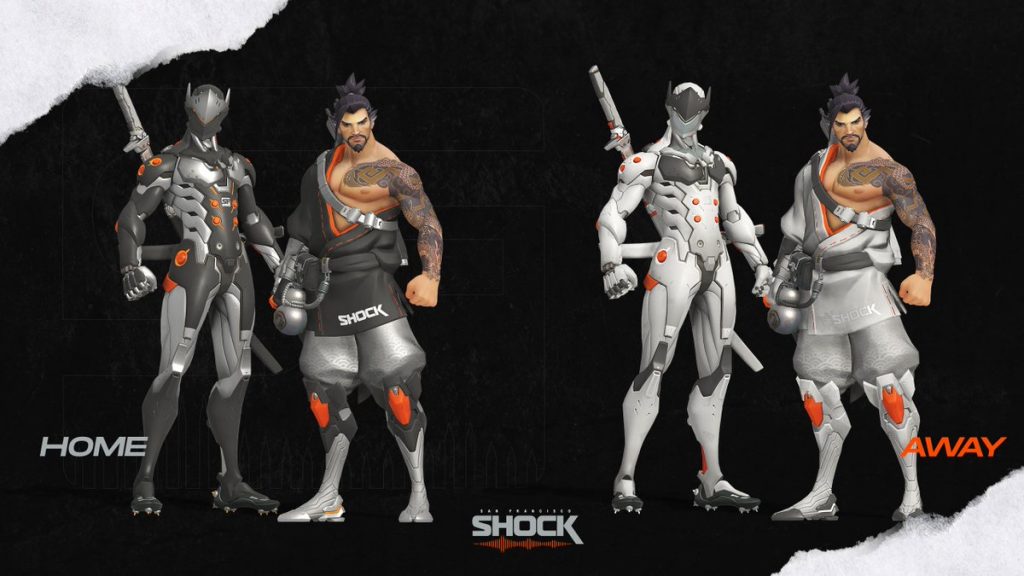 As Genji and Hanzo show, the new home skins feature black instead of orange as the primary color.

The new Shock skins are mainly black and silver, with a few orange highlights here and there, in comparison to the old skins that were very orange with a bit of gold.

On Twitter, the team promised to reveal a new skin for every 200 likes they got, and it didn’t take long for them to start rolling out the goods.

Reinhardt was the first hero to have his new Shock skin revealed, and it’s a good overall look at the style most heroes skins follow: black as the primary home color, and white as the primary away color with silver highlights and a bit of orange thrown in as well. 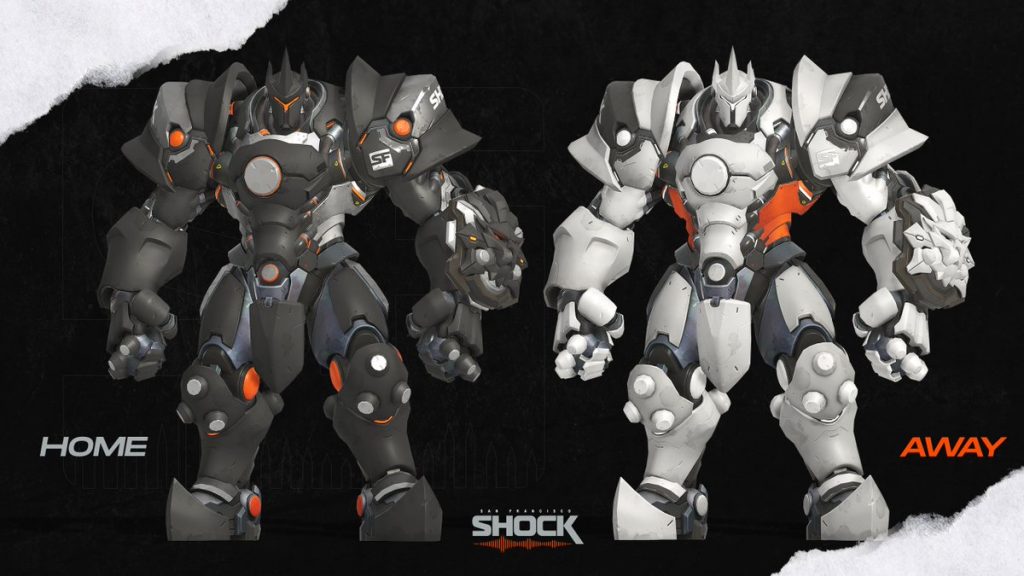 Shock Reinhardt 2.0 is definitely less orange than his predecessor.

The Shock managed to pull off the new black skins without it coming across as a “Seoul, but with orange” type of situation as well.

D.Va’s new skin does a great job of showing this – there’s black on the upper portions of her mech, but it changes to silver on the lower parts to avoid a monotone look. 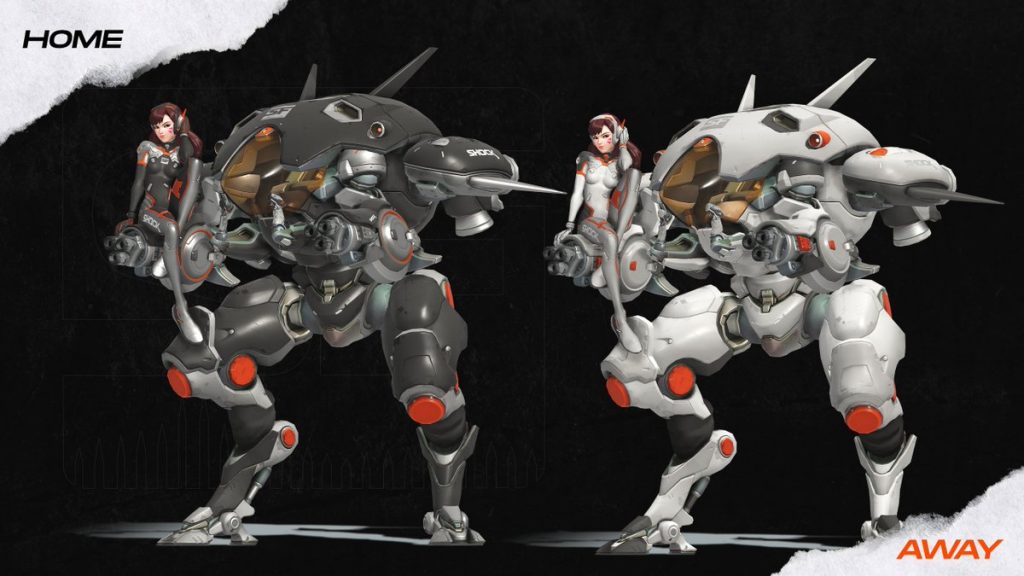 D.Va is ready to nerf her way into 2020 with the new Shock skin.

The away skins haven’t changed as much since the main color is still white (as with every team), but the addition of some black highlights to them does make them look a little cleaner.

Ana and Soldier’s new away kits do a good job of showing this – again, they’re not all white but they still manage to look really sharp. 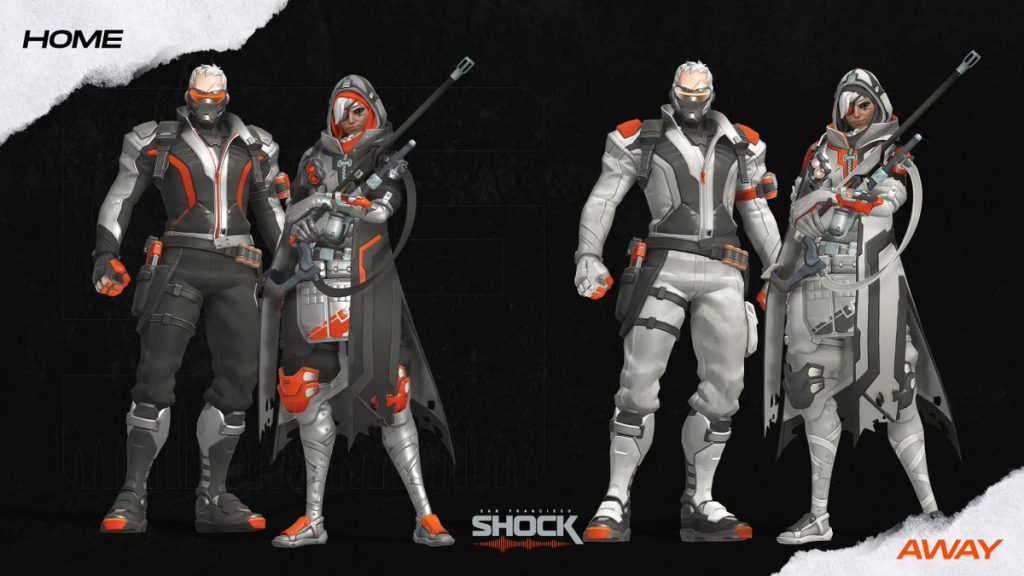 All of the revealed new skins, including the ones we didn’t have room to show, are on the Shock’s Twitter.

According to the Mayhem, fans will have until January 15 to purchase the team’s old skins, L.A. and San Francisco haven’t mentioned a cutoff date, but we assume it would be same for each team so Blizzard can get the skins in-game before the Overwatch League starts on February 8.