Soldier: 76 got his new, formal skin revealed on Saturday, April 13.

The face of Bastion’s new skin was revealed in a leak from April 10 that so far has been confirmed by Baptiste, McCree and now Bastion’s new, legendary skins for the event. 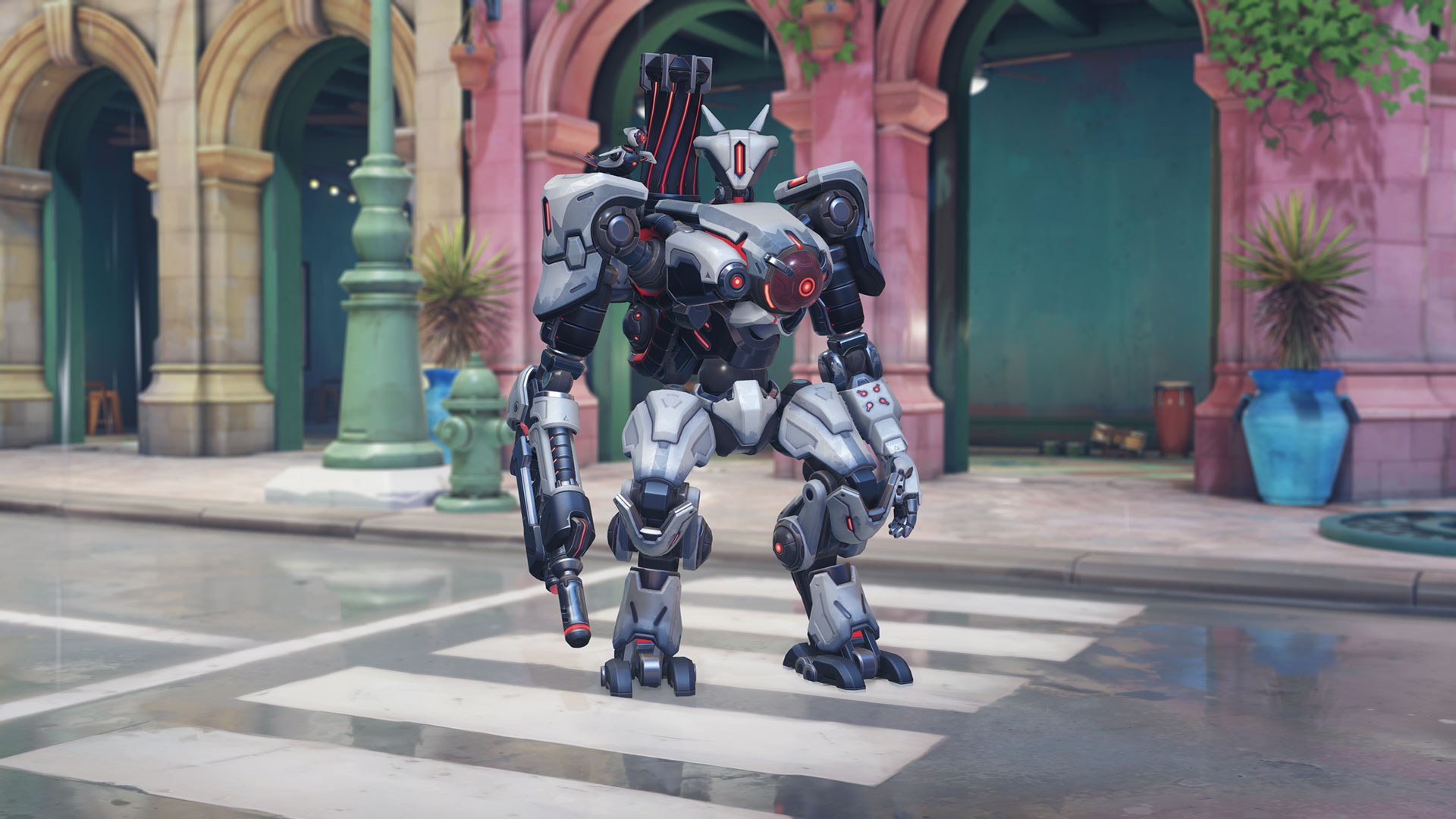 The terror of Busan

Bastion’s new skin is called GWISHIN (귀신) which means ghost in Korean and it’s also the name of the Omnic faction that attacks Busan in D.Va’s Shooting Star animated short.

The new skin does resemble the Omnics from the short, including the thin red on his head and the creepy-looking red digital eye thing on his chest.

Even Ganymede has been made into an adorable little evil eye robot that looks ready to spread terror and destruction far and wide.

This skin is the fifth legendary skin to be released for Storm Rising so far, and as a legendary it will cost 3000 coins to purchase if players don’t get in a loot box.

A phantom emerges off the coast of Busan.

What else do we know about Storm Rising?

So far, skins for seven heroes have been revealed for the latest Archives event and there are still two locked slots on the Archives website, which means we have two new skins to be revealed.

As far as the Storm Rising PvE mission we don’t know much, other than Overwatch’s target is Doomfist’s Omnic accountant Maximilien on what could be a new map called Havana.

Overwatch’s Storm Rising event is set to get going on Tuesday, April 16, so we should see the rest of the new skins and news on a new map coming soon.