Symmetra and Reaper have both received updates on the Overwatch PTR, which buff each of their teleport abilities significantly and make them much easier to use – which could lead to some crazy plays.

Symmetra’s Teleporter used to be her ultimate ability way back when, and allowed teammates to quickly get from spawn back to the fight.

However, that was all prior to a rework that made the Teleporter into a cooldown ability, which allowed Symmetra and her team get between two points quickly.

Currently, the update on the PTR makes the Teleporter much easier to place, and it seems like the change will let her pull off some crazy combo plays. 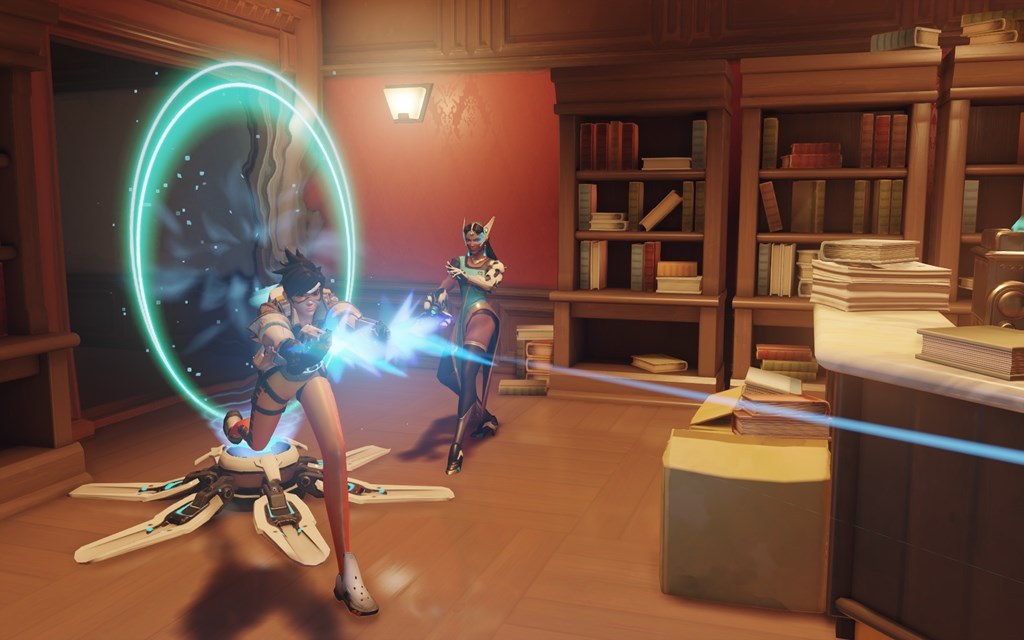 Symmetra’s Teleporters are easier to place on the PTR after a recent update.
[ad name=”article2″]

Symmetra’s new Teleporter, better than ever?

In a video posted to Reddit, andygmb and some friends demonstrated some of the crazy possibilities with Symmetra’s new and improved teleporter.

The most impressive plays by far are when Symmetra combines her Teleporter with D.Va’s Self Destruct, which usually gives the enemy team almost no time to react and usually wipes out a good chunk of the opposition.

Usually, players have to press a key to go through the Teleporter as they stand on top of it, but objects like D.Va’s bomb (along with Torbjörn and Sym’s turrets) go through automatically.

But that’s not all; Reinhardt can use the Teleporter along with his charge for a move that looks like it belongs in the Portal games rather than Overwatch.

Instead of going too far forward for healers to keep them alive, the Reinhardt is able to charge, and stay within range of their supports thanks to the well-placed teleporter.

“All this footage was recorded on the PTR after Symmetra 3.0’s release,” andygmb wrote in the comments. ” I’m a huge fan of the teleporter but unfortunately it doesn’t get to see much play as most people aren’t used to working around it.”

Symmetra’s teleporter can be used for some amazing things if your team works with it! from r/Overwatch

What else is on the PTR?

The update on the PTR also greatly improves Reaper’s Shadowstep ability by making it faster and easier to deploy.

Previously, the ability pretty much had to be used outside of combat, because it took forever to use and Reaper was basically a sitting duck the entire time.

Exactly when these latest PTR updates will be going live is still unknown, they launched on the PTR on March 25, so even if we don’t know for sure, sometime before the end of April is probably a pretty safe guess for when they’ll go live.