The Overwatch League has announced a multi-year deal with Upper Deck to produce OWL player trading cards, but fans already have some ideas of their own.

The Overwatch League announced the deal on May 13, which will see the first ever officially-licensed esports trading cards feature fan-favorite players from the league.

While the trading cards will highlight the deal, Overwatch League’s partnership with Upper Deck will also produce other merchandise, including prints, posters, stickers, and memorabilia.

When will the Overwatch League Trading Cards be available?

The first Overwatch League trading card set is due for release on June 19, and will “showcase fan-favorite players and teams from the league’s inaugural season”, suggesting that only players who appeared in Season One will be available in the initial offering.

The sets will also include rare cards that have been autographed by multiple players, as well as cards that feature highlight moments from the first season and cards “incorporating other league memorabilia.”

Fans that attend the 2019 All-Stars event at the Blizzard Arena on May 15-16 will be able to get a preview of the cards prior to their release, as well as having the opportunity to pick up limited-time All-Star themed cards.

Once the cards have been released, fans will also be able to “buy, open, collect, and trade cards with other collectors across the globe through Upper Deck e-Pack”, an online platform that allows players to manage their collections from their phone or computer, as well as get actual physical cards sent to them at any time. 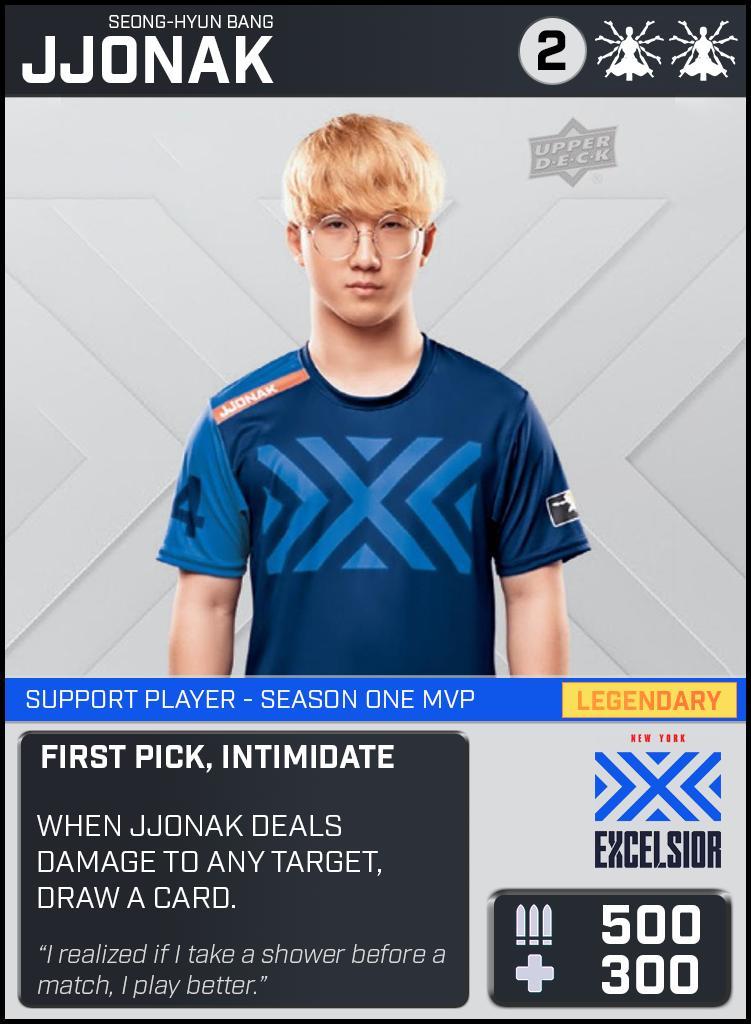 Prior to the release of the official trading cards, however, OWL fan Subutai_OW has already come up with a set of their own, playing on some of the running jokes and themes of the league.

The remarkably official-looking promo for the parody set features players like former Atlanta Reign DPS Daniel ‘Dafran’ Francesca, whose ability is described as “after five turns, put Dafran in the discardd pile”, and Park ‘Bumper’ Sang-beom, whose “suicide charge” destroys all enemy players along with himself.

Wow the Overwatch League TCG just got announced AND IT LOOKS AMAZING! Bumper looks OP AF, what the hell! pic.twitter.com/EuhOKzeLpa

So far the official versions of the trading cards have yet to be revealed, so exactly what they will look like remains unknown.