Following the Atlanta Reign’s 3-1 Overwatch League win Over the Dallas Fuel, Atlanta Support Dusttin “Dogman” Bowerman had a few choice words for the head coach of the Fuel.

Aaron ‘Aero’ Atkins is currently the head coach of both the Fuel and Team USA in the upcoming Overwatch World Cup.

After the Reign, who have no Team USA players on their roster, defeated the Fuel 3-1 on Saturday, August 24 at the Overwatch League’s Kit Kat Rivalry Weekend Dogman felt he had to rub it in Aero’s face. 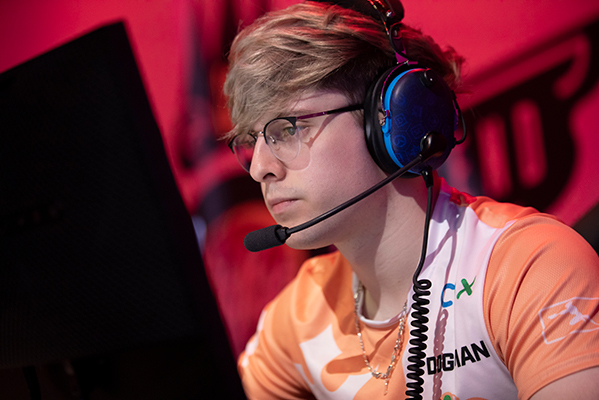 What did Dogman say?

After the Atlanta win on Saturday, Dogman called out Aero while speaking to OWL’s Emily Tang in a post-game interview on stage.

“We have five Americans on our team, and none of them got picked up for Team USA,” Dogman told Tang. “And we just beat [Team USA] coach Aero, so what I have to say to coach Aero is: gg buddy.”

Dogman didn’t stop there though, according to the Dallas Morning News, the pro continued with his comments about Aero in a post-game press conference.

Aero, according to DMN, said he didn’t hear what Dogman said on stage after the match – but did talk a bit about Team USA’s selection process this year.

“We did a full tryout process,” Aero said, “and even though those guys weren’t picked, we tried to make it as even a playing field for everybody that came out, because South Korea and the U.S. are the two (countries) that have by far the most players in the Overwatch League that are from one country, and so we had a ton of players to try out and go for it, and just happened to not be them.” 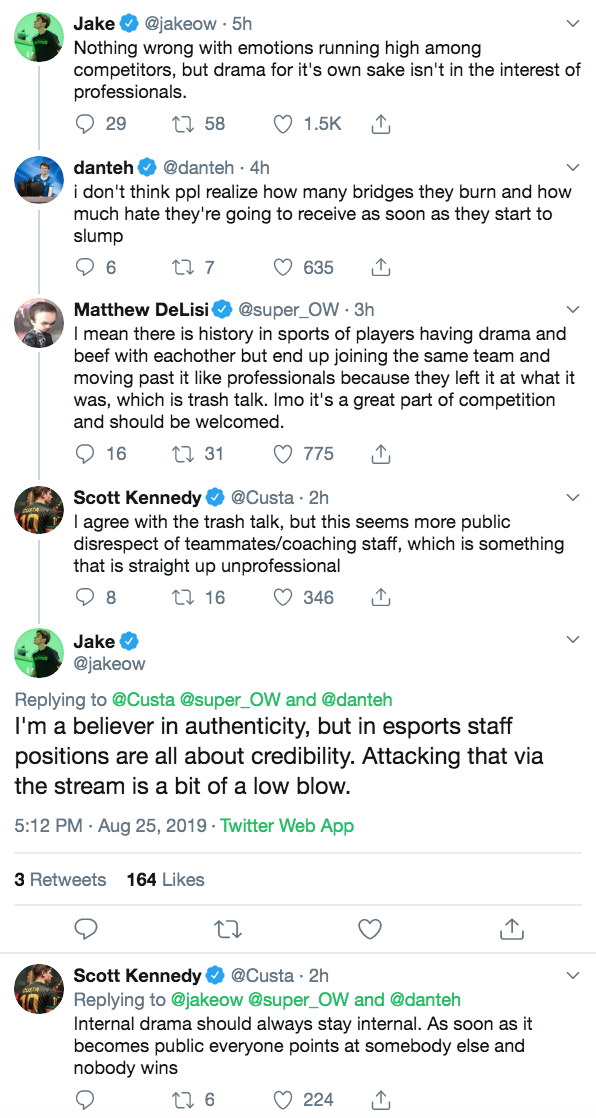 What’s the reaction been?

Dogman’s comments have caused backlash from others in the league and reignited the age-old debate about the place of trash talk in the Overwatch League.

One of the most vocal critics of Dogman’s comments was one of Aero’s players on the Fuel, Benjamin “uNKOE” Chevasson, who called the Atlanta pro’s comments “toxic.”

“It’s actually insane to act like a good guy in private and being toxic in public after a win,” uNKOE wrote. “People really have to understand that you can not be toxic when you never won anything since the beginning of the game. I was winning tournaments you were not even born @DogmanOW.” 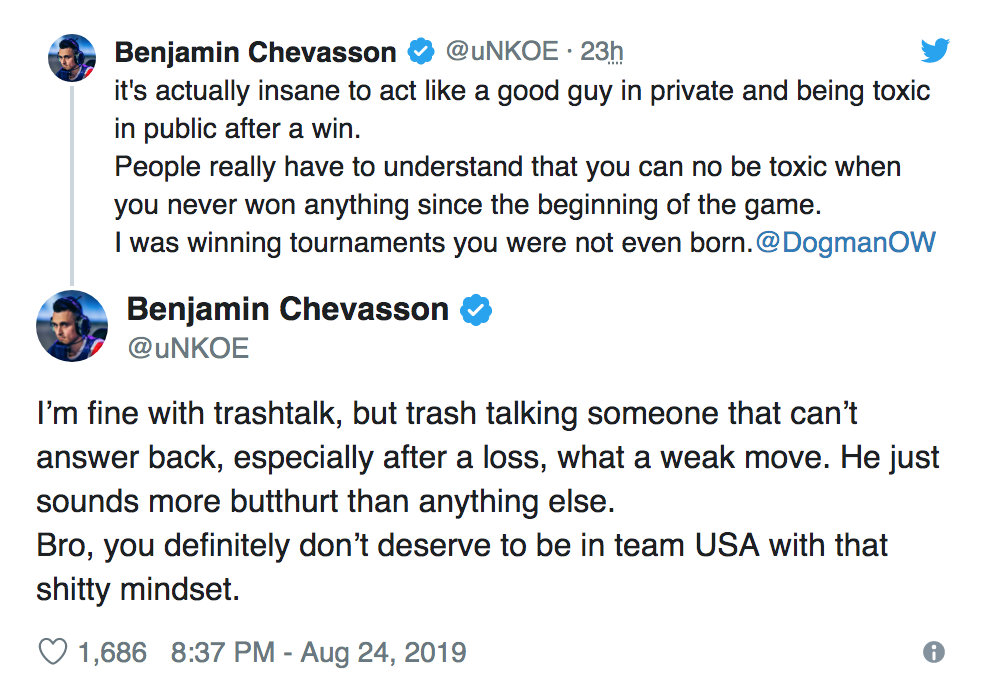 Dogman’s comments may have rubbed some the wrong way, but the Reign went 2-0 during the Kit Kat Rivalry weekend, so any teams looking to teach him a lesson will have to do so in the Season 2 Playoffs.