Overwatch League had a touching tribute to StarCraft commentator Geoff “iNcontrol” Robinson as it kicked off week one of its fourth stage on July 25.

Chris Puckett, one of the hosts, said that he was rattled when he found out about Robinson’s passing. “He’s someone that I first met as a player. Someone that made everyone else just swarm his station even though he wasn’t deep in the tournament just because he was so funny with the way he reacted and how intense he was in-game.”

“Later I got a chance to work with Geoff on the broadcast side where I truly got to see his full personality in force. He had quick wit and unrivaled passion for not only the games that he played, but the Blizzard community as a whole. And it’s someone that we are all going to miss.”

A teary-eyed Puckett then let Soe Gschwind-Penski say a few thoughts on Robinson.

“I think I’m speaking for everyone out there who had the chance to cross paths with him, meet him in person or though the work he has been doing for Blizzard throughout so many other games as well. He was unapologetically himself and that was one of the reasons why we all loved him so very much,” Gschwind-Penski mourned.

“He was always passionate and true to himself and yeah… he will be missed,”  the emotional host added.

Following their statements, a video package played featuring some of iNcontrol’s best moments as a StarCraft 2 caster.

Robinson passed away painlessly on July 21 due to a blood clot in his lungs. He was only 33 years old.

Many through the esports scene offered their condolences. Journalist Duncan ‘Thorin’ Shields described him as “one of the most entertaining people to ever be involved with esports.” 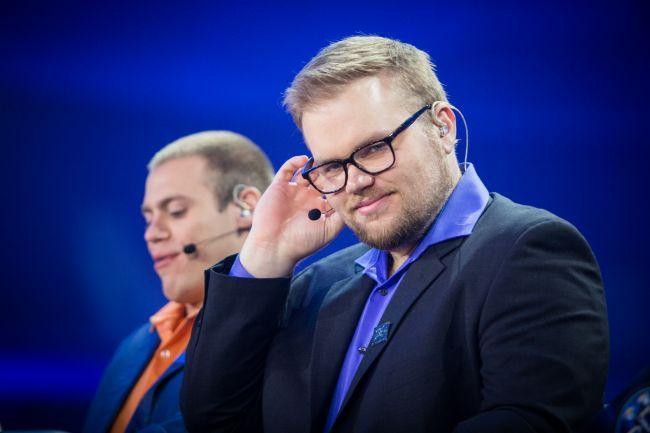 iNcontrol passed away at the age of 33.[ad name=”article5″]

The official StarCraft Twitter account posted a heartfelt message and stated that “StarCraft won’t be the same without [Robinson].”

Robinson started out as a StarCraft 2 Protoss player and eventually branched out into broadcasting where he worked events such as North American Star League and the 2012 DreamHack Open: Stockholm.