Guangzhou Charge analyst Henry ‘Cuddles’ Coxall put the New York Excelsior on blast after his team dominated them by a score of 4-0 in the Overwatch League on Sunday, August 11.

In a now-deleted tweet, Cuddles mocked NYXL writing, “Hey @NYXL, thanks for the game. I just wanted to show you what Point B on Anubis and Blizzard World looks like. Shame you couldn’t get there. Heard it’s a nice place. :^) don’t forget to check out the gift shop.”

Cuddles jokingly attached photos of Point B on each map.

He followed it up shortly after with: “*UPDATE* turns out NYXL’s travel plans were cut short on Route 66 too… So here you go, Route 66 Point B, don’t say I don’t spoil you!”

The New York Excelsior were humiliated by the Charge throughout the match. The all-Korean roster failed to capture point A on Temple of Anubis, Blizzard World and Route 66 after losing Lijang Tower by a score of 2-1. This was one of the most lop-sided matches in the history of the league. 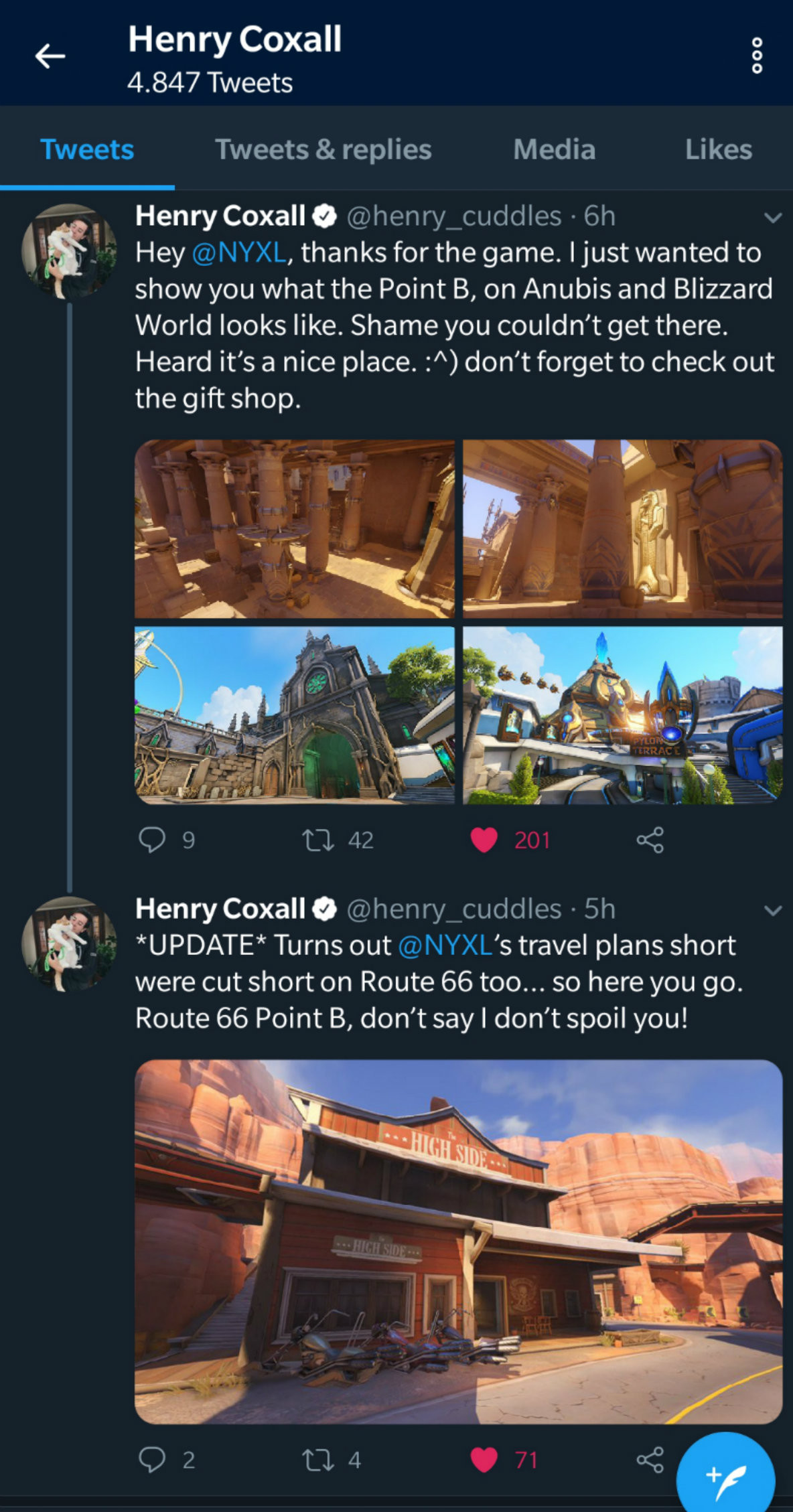 For some reason, Cuddles deleted the tweets after posting them, but not before they had been posted on the OverwatchTMZ subreddit. No reason was given for the deletion. Dexerto has reached out to the assistant coach for comment. It’s unfortunate because good trash talk can help build rivalries organically.

The Charge are currently in the playoff picture with a 14-13 match record. New York, on the other hand, has already locked up the Atlantic division and the second seed in the league heading into playoffs.

There are currently two weeks remaining in the Overwatch League regular season. The top six teams will qualify for playoffs while teams ranked 7-12 will compete in a play-in tournament with two final teams claiming the final two spots.

The overall league playoffs will be an 8-team double elimination bracket with the Grand Finals taking place in Philadelphia on September 29. 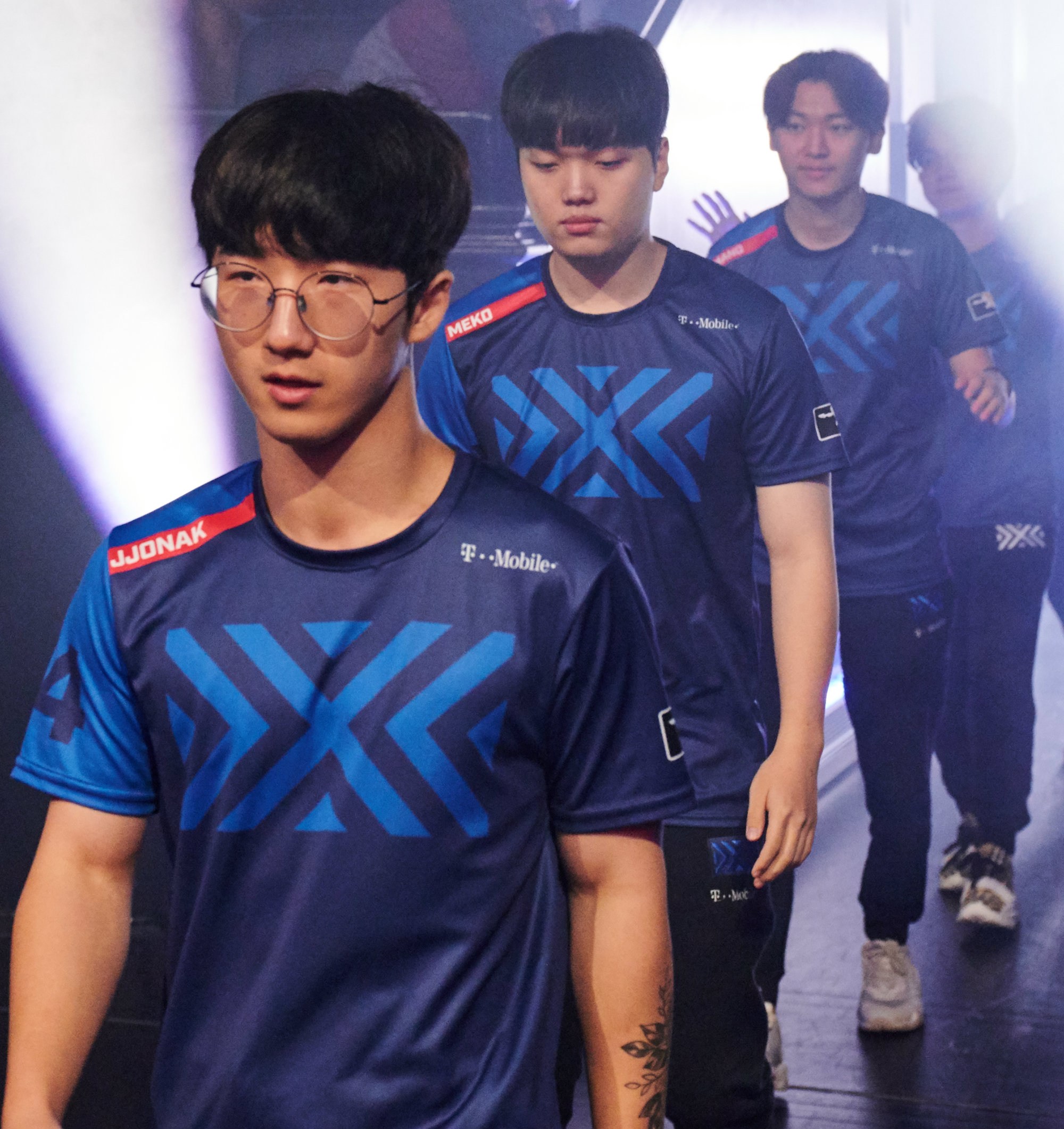 Overwatch League Stage 4 continues on Thursday, August 15. The NYXL will have a week off to lick their wounds before facing off against the Boston Uprising and Vancouver Titans to close out the season as part of the LA Valiant homestand event.

It will be interesting to see if New York can turn things around before they face off against the top-ranked team in the league.