A puzzle has mystified Overwatch players since the release of the Paris map, but another clue may have been discovered.

The mystery began when the official Overwatch site hinted at something beyond the new Paris map, which launched on PC and console on February 20th.

“Paris is a city of hidden gems, search out the speakeasies and hidden places as you roam the city. The right word might get you into a place you never knew existed,” read the curious text on the Overwatch website. With a 30th Overwatch character seemingly on the way soon, map hints might lead to a clue about the new character, similar to how the Doomfist artifact went missing.

After hearing about the possible new places and speakeasies, the Overwatch community frantically searched the new map, finding a strange door that led nowhere.

The door had a French saying spraypainted above it, “nous vous surveillons.” The saying translates to “we monitor you” or “we are watching you.” 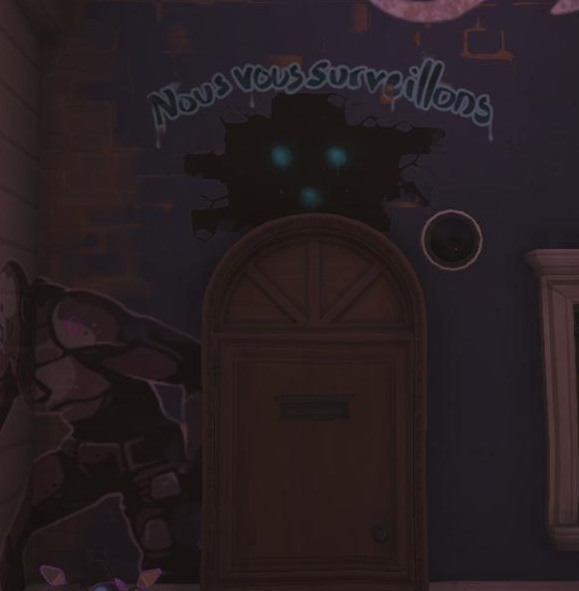 Why are they watching us?
[ad name=”article3″]

Unfortunately. Players could not find a way in, as even glitching outside of the map had a number of invisible walls that prevented access to what was behind the door. Until now.

Overwatch player Zezombye managed to glitch into the room with a well placed Doomfist Meteor Strike.

The object in the room, as spotted by Zezombye.

Interestingly enough, there is actually something behind the door! What exactly it is though, is still a mystery.

Maybe Blizzard has yet to add the secret to Paris, or maybe fans are getting a little carried away and there is no secret at all. That random object in the room would certainly seem to not be an accident, as most glitch spots are empty.