One Wrecking Ball enthusiast has created a custom holographic pokemon card featuring none other than Overwatch’s favorite hamster.

Wrecking Ball was released in July of 2018 and since then he’s definitely carved out his own niche as the most mobile, chaos-capable tank in the game.

He’s also the Overwatch hero that most resembles a Pokemon, which might be why Reddit user CynicismNostalgia decided to create their own holographic Hammond Pokemon card.

The “Wrecking Ball GX” Hammond card comes with 230 HP along with his Adaptive Shield, Rollout, and Piledriver abilities, which would all work great as moves for a Pokemon as well.

They started out by creating a digital design of the card, which in all honestly looks exactly like a real, playable Pokemon card should. 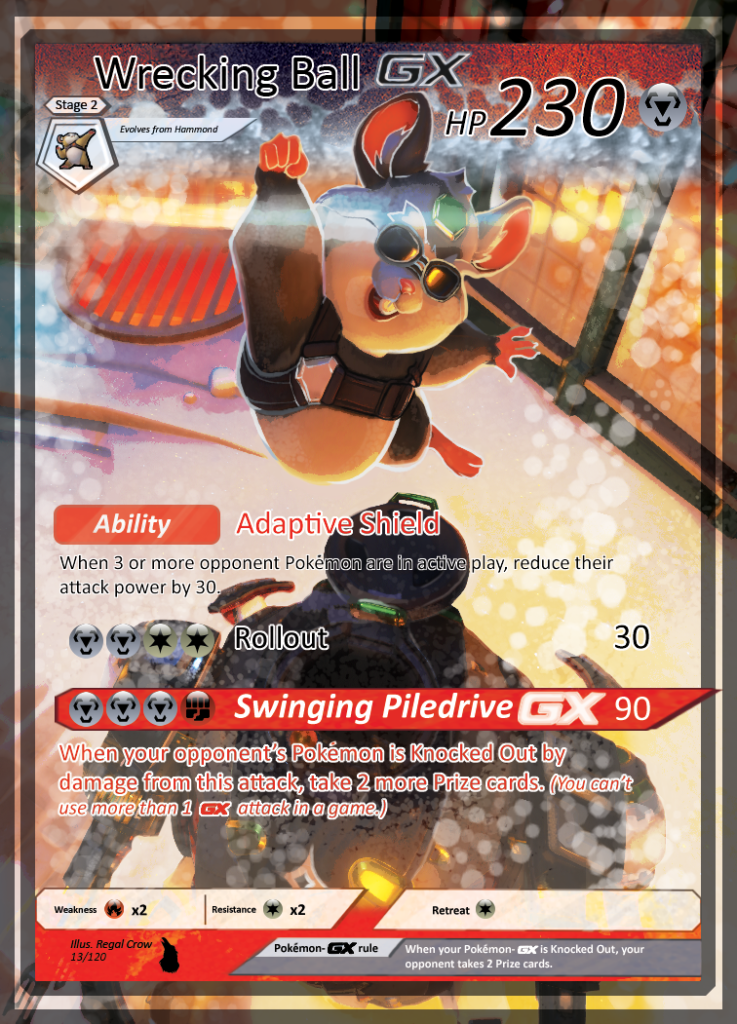 The design for the Hammond card looks like a legit Pokemon card.

All it took for Cynicism to transform the design into a real-life card were a few common household materials, an old Pokemon card and a printer.

“There’s plenty of ways to do it properly, but I had limited funds and plenty of old Pokemon cards. What I did was find a foil Pokemon card, remove the design with nail polish remover which leaves you with just the foil on top of the back of the card,” they explained. “Then I printed my design onto transparent adhesive vinyl and stuck it onto the foil.”

The end result is a holographic Hammond card that looks pretty much like the real thing and would definitely make a great gift for any Wrecking Ball fan.

Cynicism said they intend to give the card as a gift to a friend who’s a big Wrecking Ball and Pokemon fan, but hopefully, their friend hasn’t checked on Reddit recently based on the number of upvotes the Hammond card has.

Overwatch is also gearing up to celebrate the holidays with their annual Yule Log stream featuring director Jeff Kaplan which will start on December 24. But if you can’t catch the action then, there will be a replay stream on Christmas Day as well.